Over the Thanksgiving weekend I headed out to the Flagstaff and Sedona areas of Arizona. Unfortunately, due to an unscheduled, violent meeting between my foot and a wall at my apartment, I made the trip with a painful fracture. Since I was limited, things were a little more boring than normal, but I still got a few photos to share.

The first stop on our trip was to Flintstone’s Bedrock City. As I wrote previously, this place is so bad it’s awesome. An employee told me that it’s been put up for sale, so who knows if it’ll be around much longer. Best get out if you ever want to see it. I shot a lot of pictures, but they’re kinda boring so I’ve included a small selection. 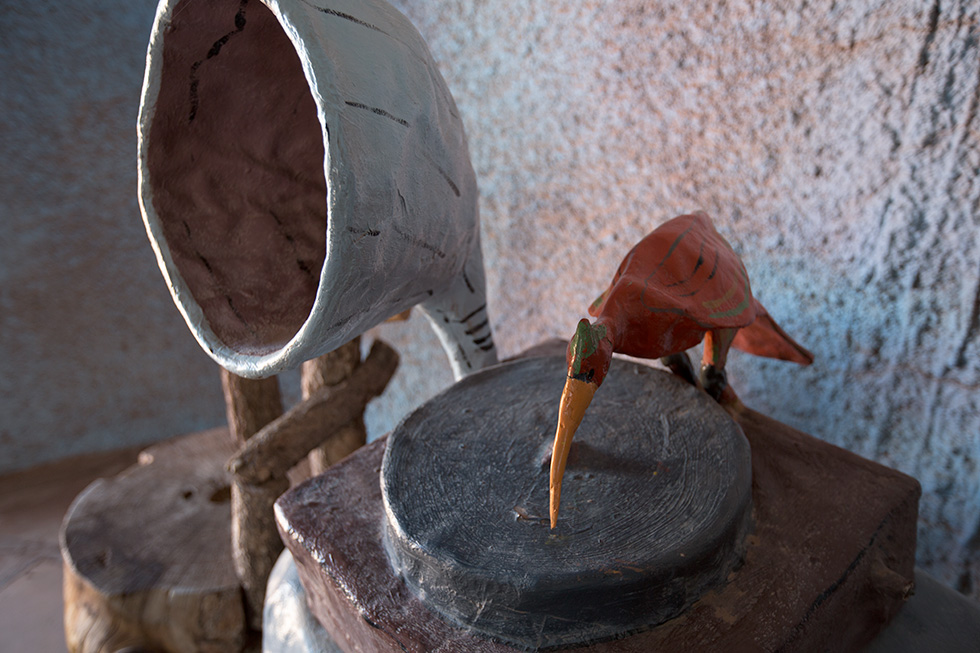 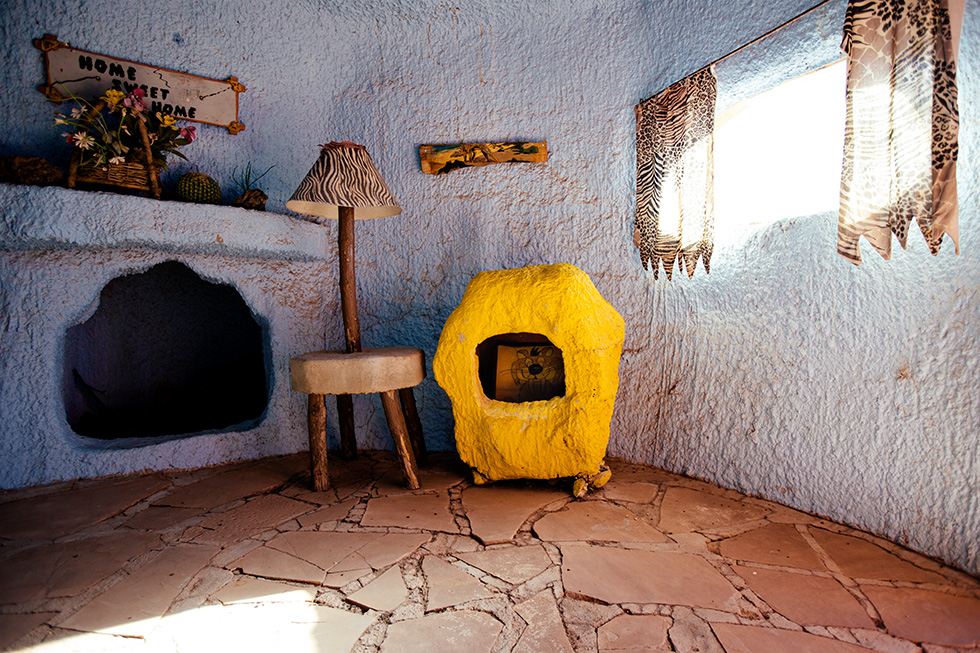 I think this picture of a giant dog on a dinosaur slide is probably the best photo I’ve ever taken. 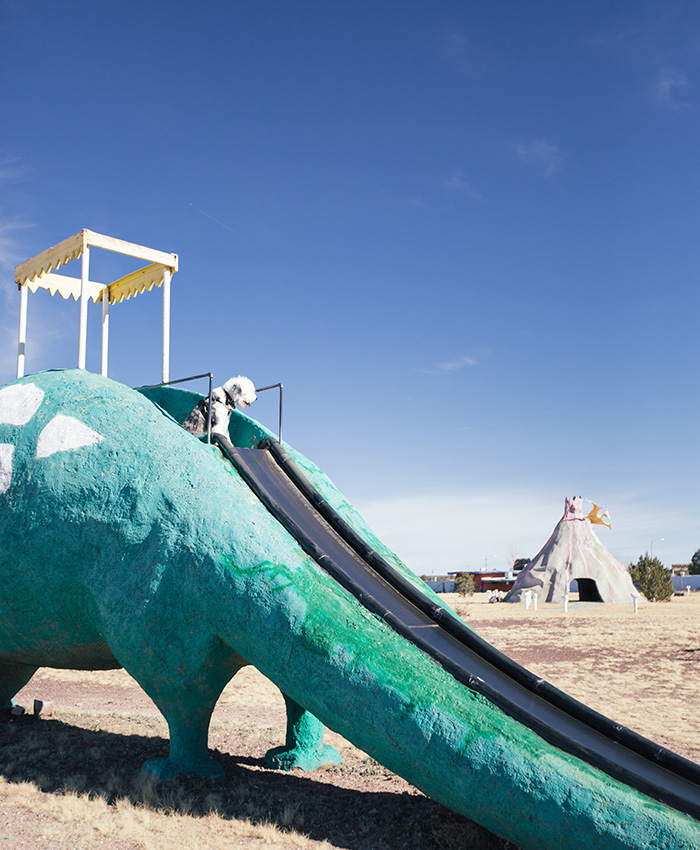 Me and my busted foot on the same slide. Being metal and relatively steep, it was one of the best slide related experiences I’ve had since I was a child. 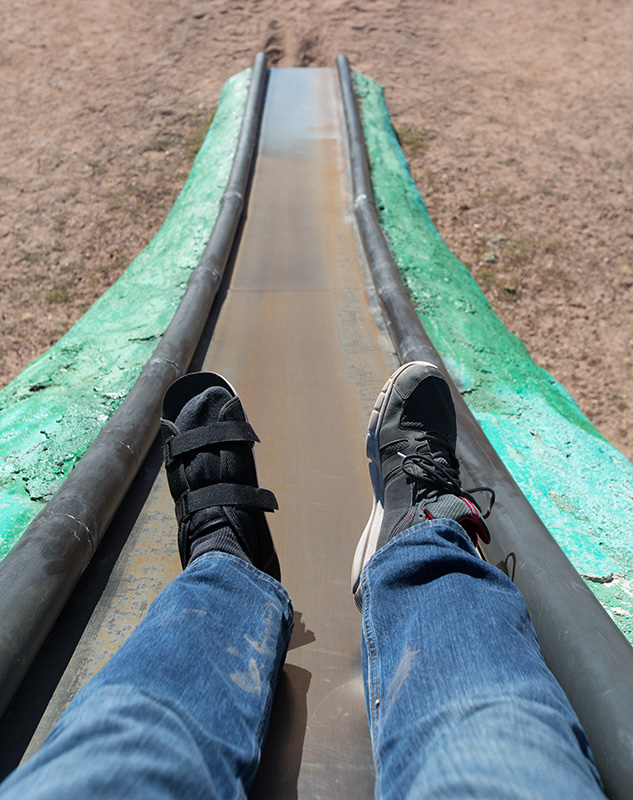 We met this guy at Grand Canyon. 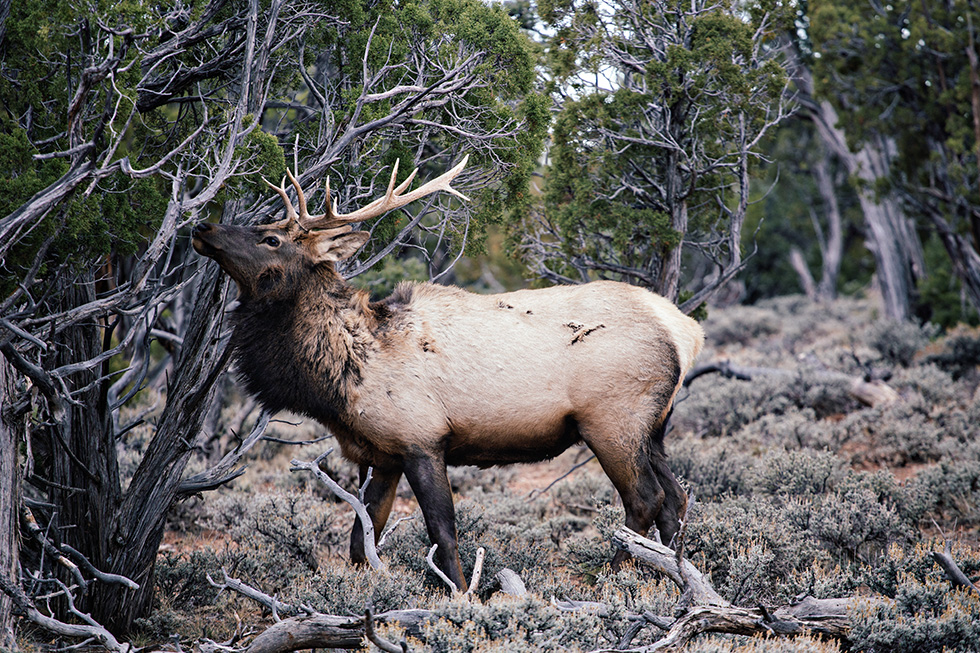 With the help of a cane (and my brother and cousin helping me through some tough spots), I made a painful hike to the top of Cathedral Rock in Sedona. It was hard, but wow, what a place. I strongly recommend that you make this hike at least once in your life. (Hopefully you’ll have a more interesting sunset than I did.) 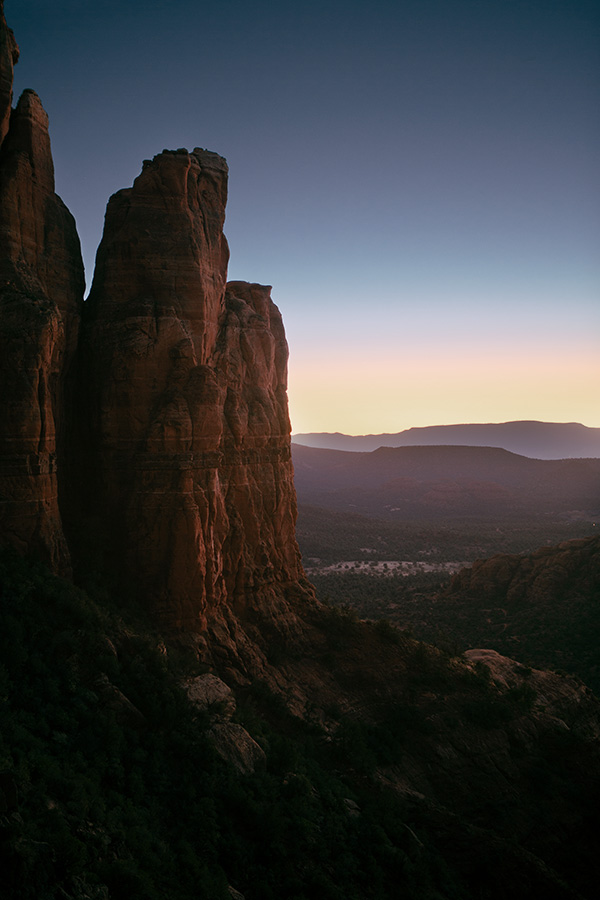 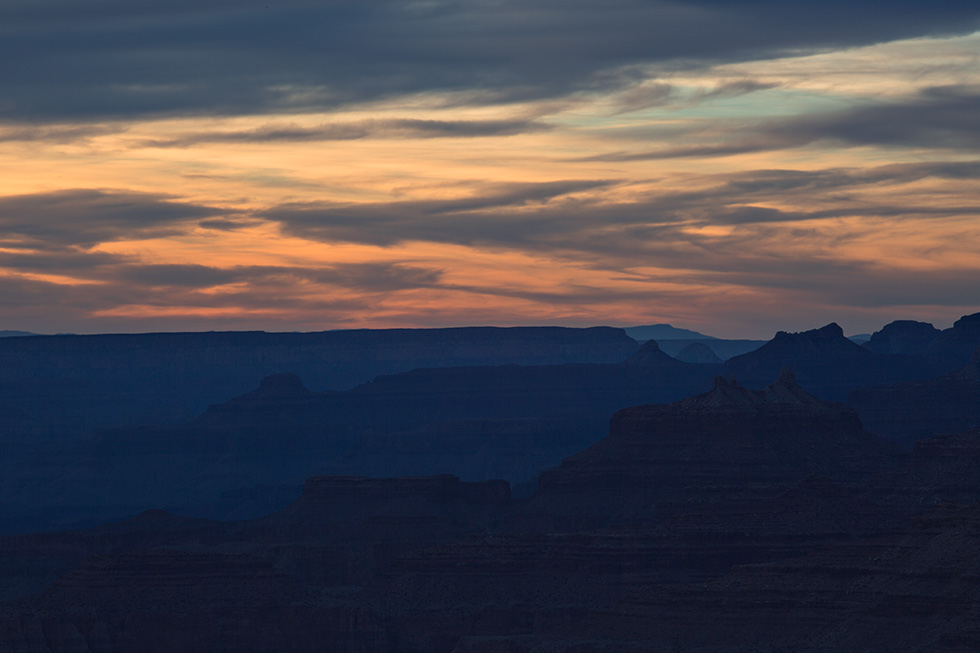 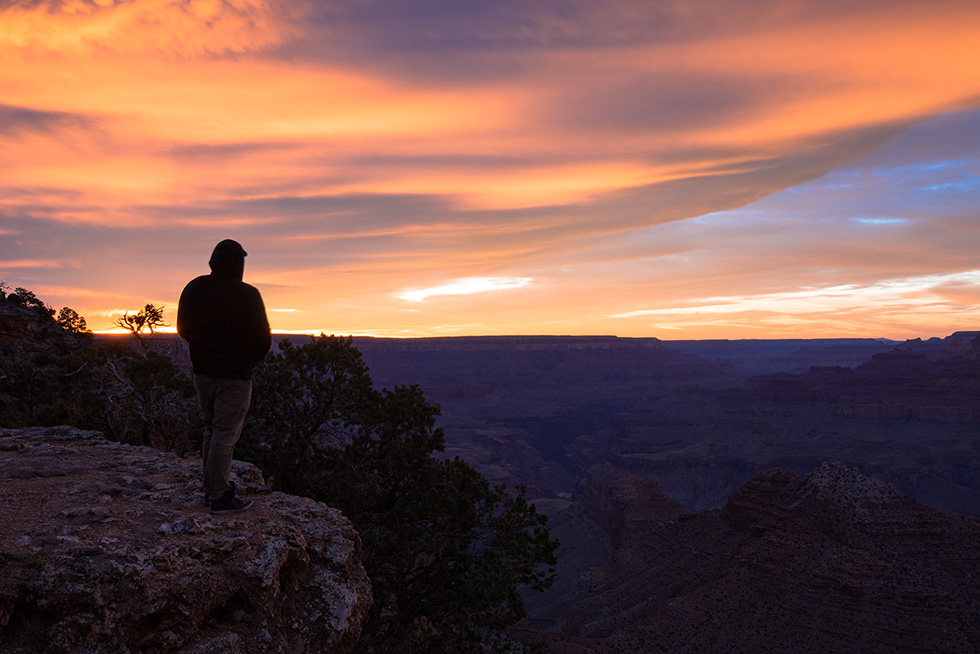 I love pictographs and petroglyphs. I really like the solitude of the desert, so whenever I encounter native desert art I get this great feeling of camaraderie with the people who made them. Both of us chose to visit this quiet place centuries apart, but likely for the same reasons of tranquility and beauty. 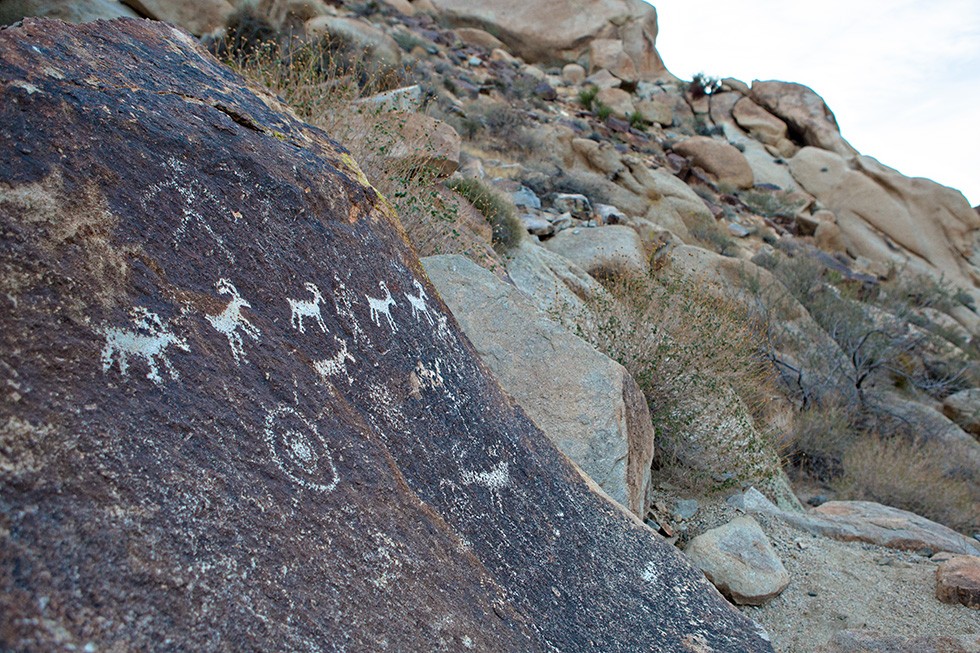 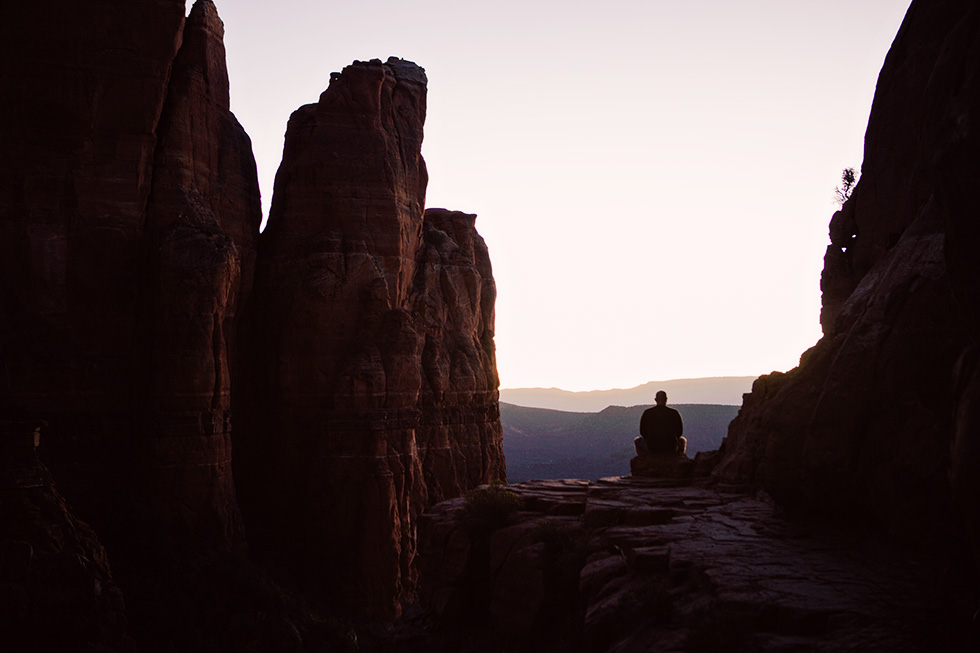 I *think* this is Bell Rock, as seen from the top of Cathedral Rock. 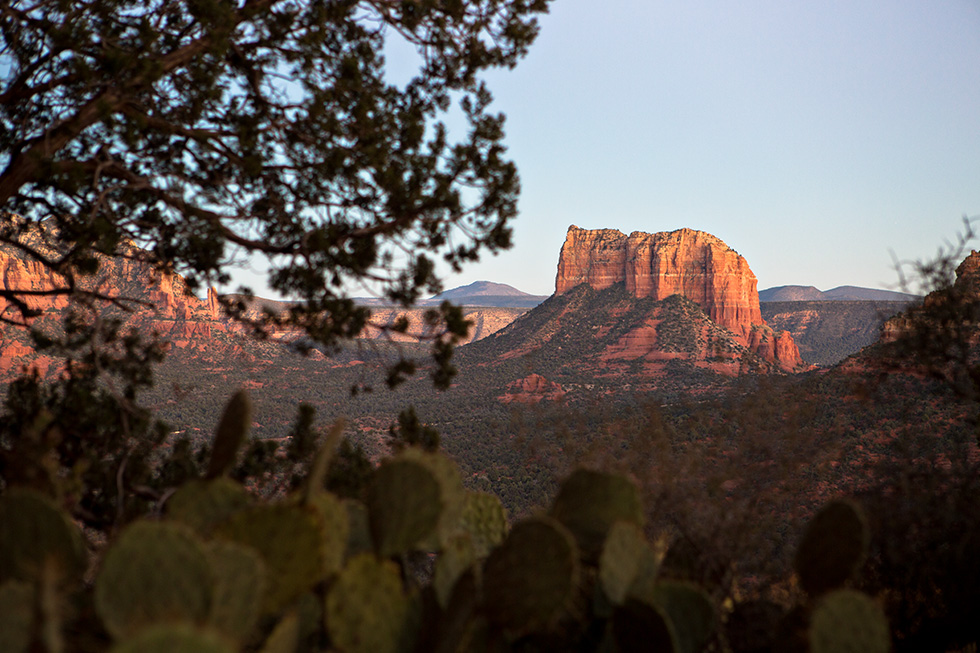 On our last day we went to a place called “Bearizona” in Williams, AZ, which lets you drive through various animal habitats in your car. While there are a number of cool animals to see, the wolves were by far the best. Here’s one of them trying to steal my cousin’s soul. I think this was an Arctic wolf maybe? 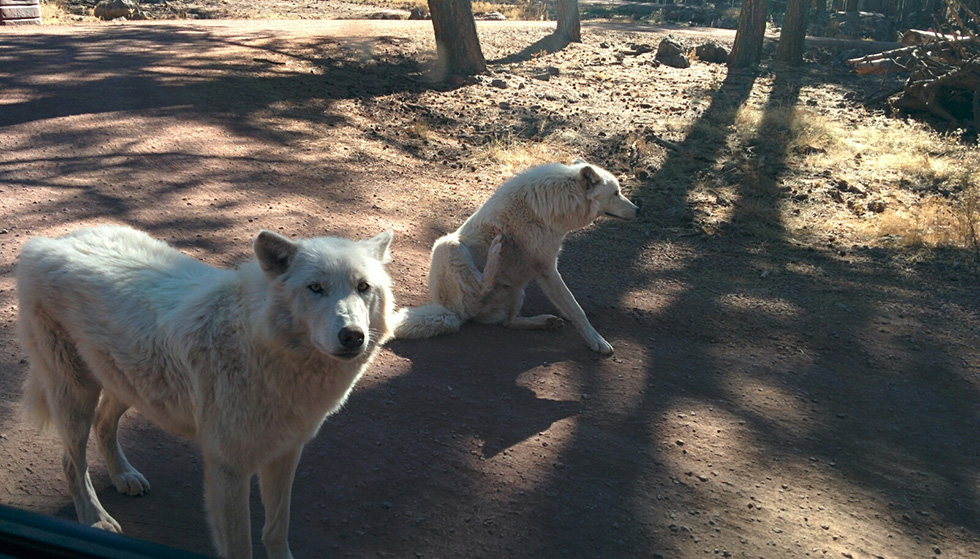 This pictograph site near Laughlin was one of the most prolific I’ve ever visited. Dozens of huge boulders looked just like this one, with scores of images carved on top of each other.  Note how high up this rock is: that’s my 6ish-foot-tall brother in the lower right. Also note that I was standing in a horrible thorn bush to get this picture for you. I’m pretty sure that means you owe me like $5 or something. 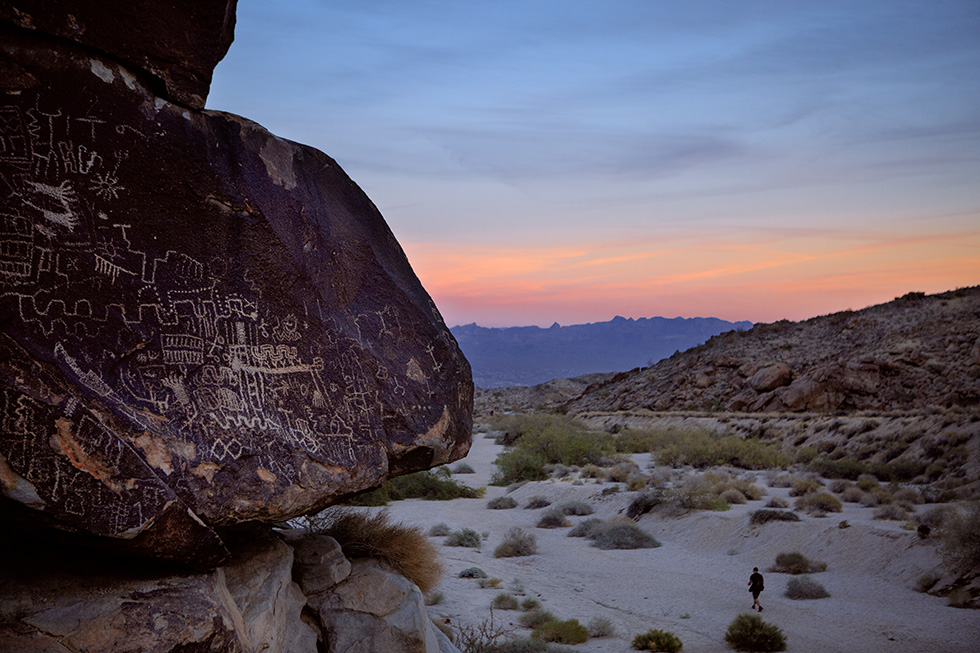 As my last shot of the post, here’s a picture taken near Desert View Watchtower. Thanks for visiting! 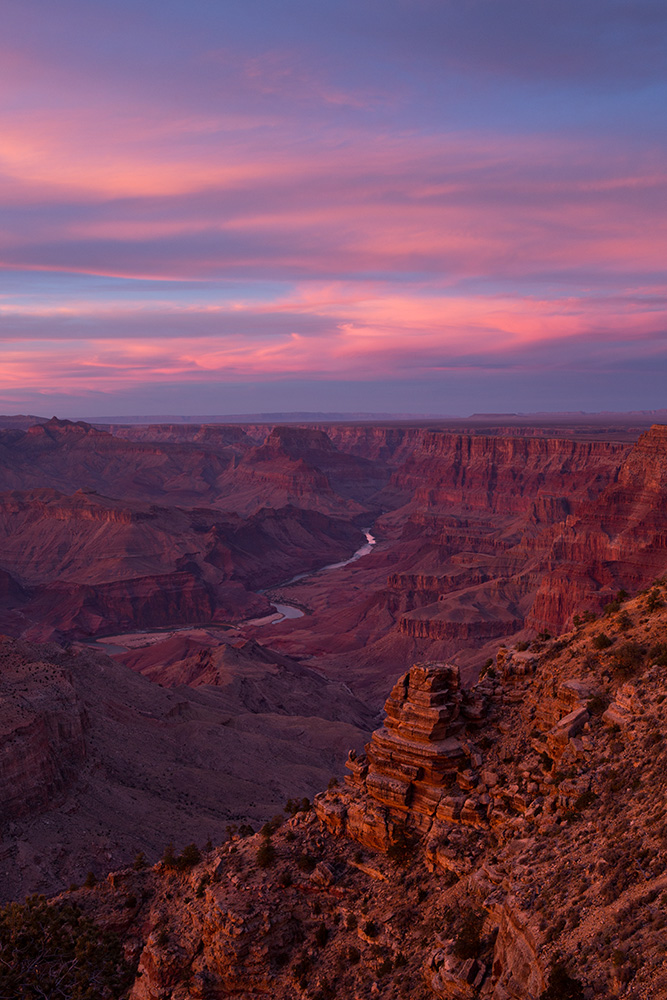 Are you viewing this as a single post? Feel free to check out the rest of my work here if you’re bored and have nothing better to do.

One Response to Ghosts of Thanksgiving Present