I decided to head to a secret spot east of San Diego after some research indicated that two of my high priorities might be in the same place: Indian petroglyphs and abandoned trains. I wandered the desert for hours on foot and couldn’t come up with any petroglyphs in the target area (the second time this has happened in the same general vicinity), but did get to spend some time with an abandoned train. Well, the area may have been off limits, so these may or may not actually be photos from a friend who may or may not exist.

Oh, and just a weird aside: I had the most unbelievable coincidence happen on this trip. Fun fact about me: while driving I often memorize license plates and recite them backwards without looking as a memory exercise. I know…. Anyways, about half way to my destination I got cut off by a small sedan loaded to the hilt with passengers as it veered towards the car pool lane. I took note of the plate and played my mental game before losing sight of it. On the way back, more than a day later, about half way back home the same car cut me off getting back into the car pool lane. The license plate was familiar, plus the packed car, coloring, and rear-view shade confirmed it was the same. The odds of that happening must be astronomical. 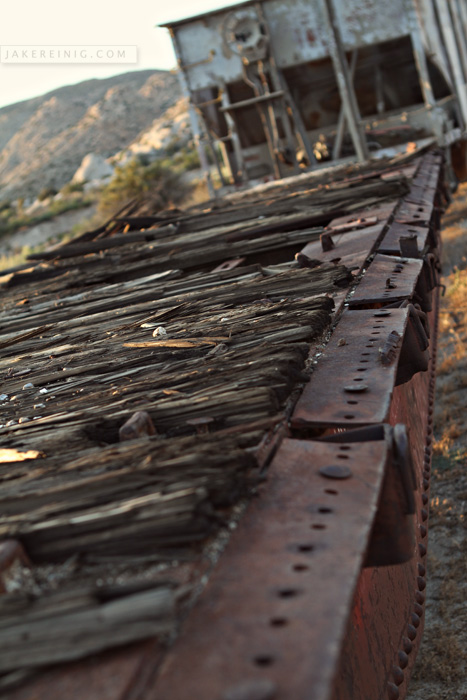 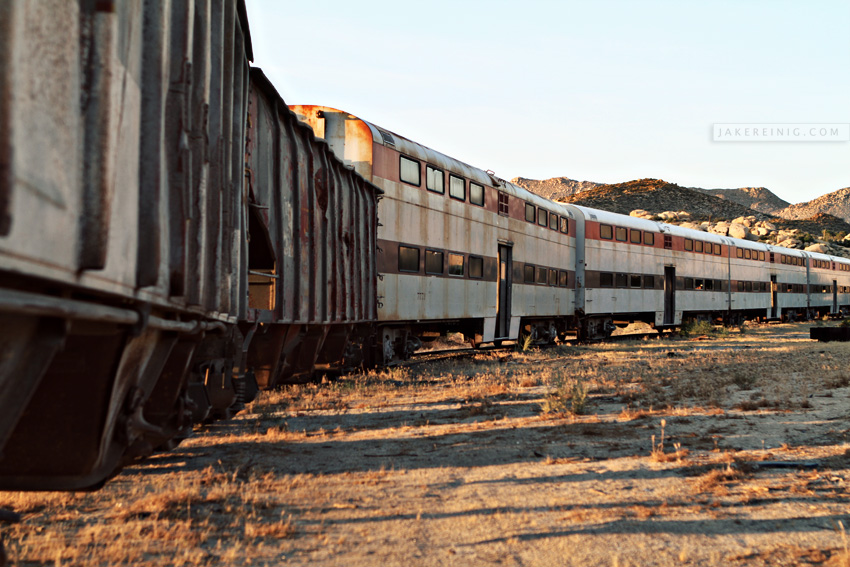 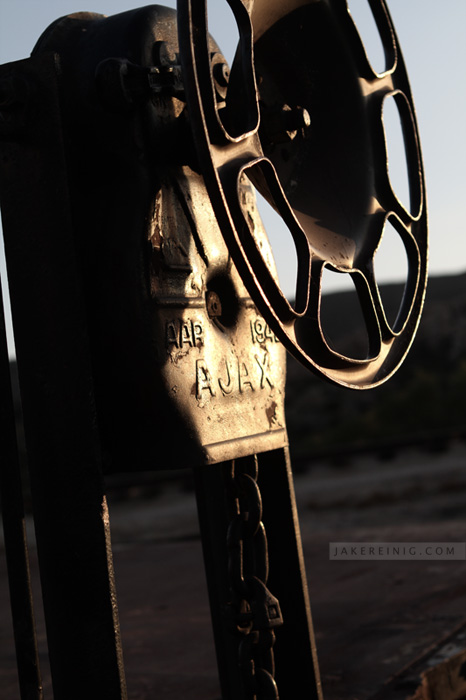 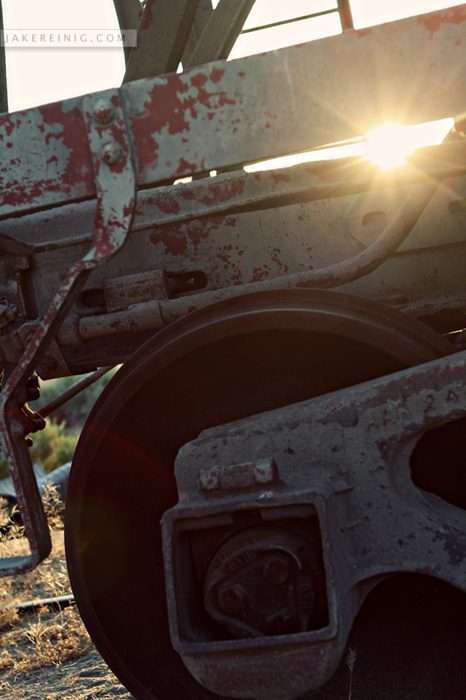 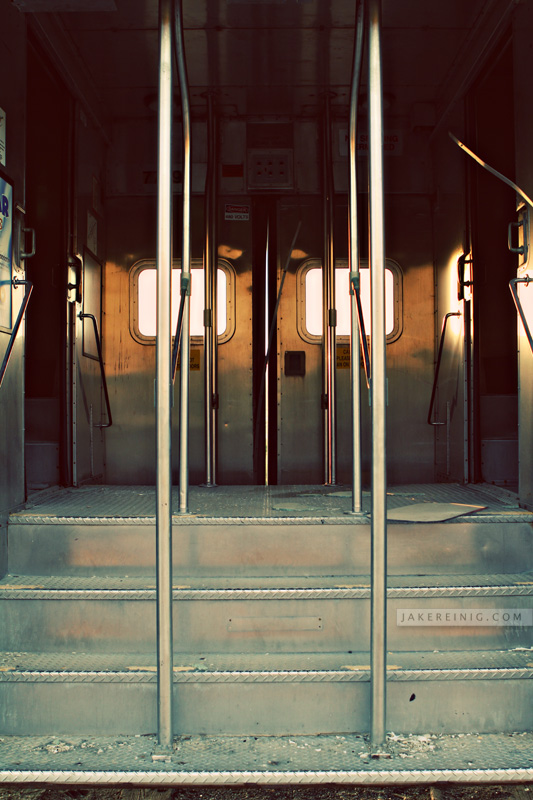 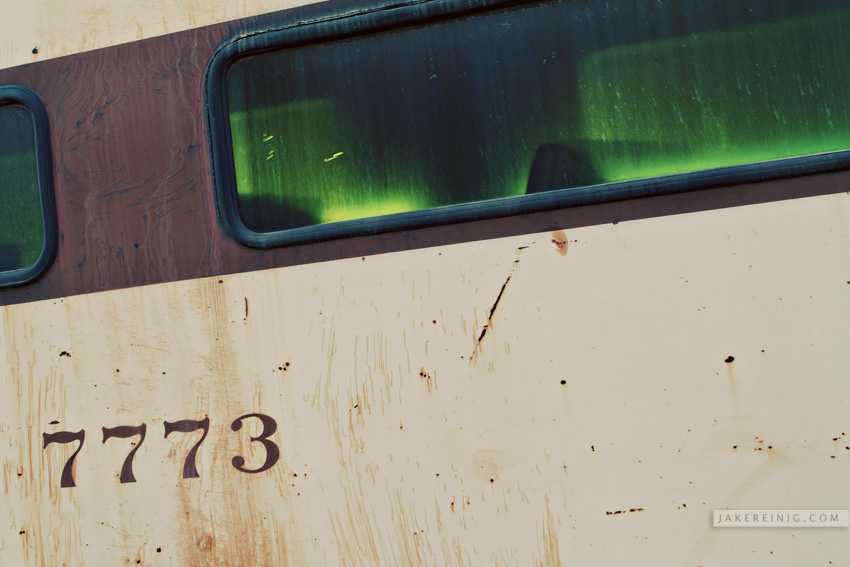 I was already nervous about going inside the train, and the green glow didn’t help. It looked like something from one of Cameron’s “Alien” films. 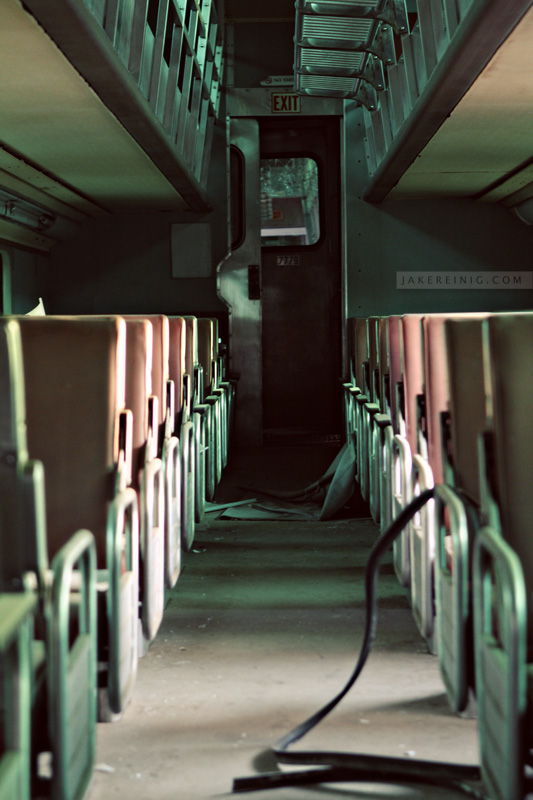 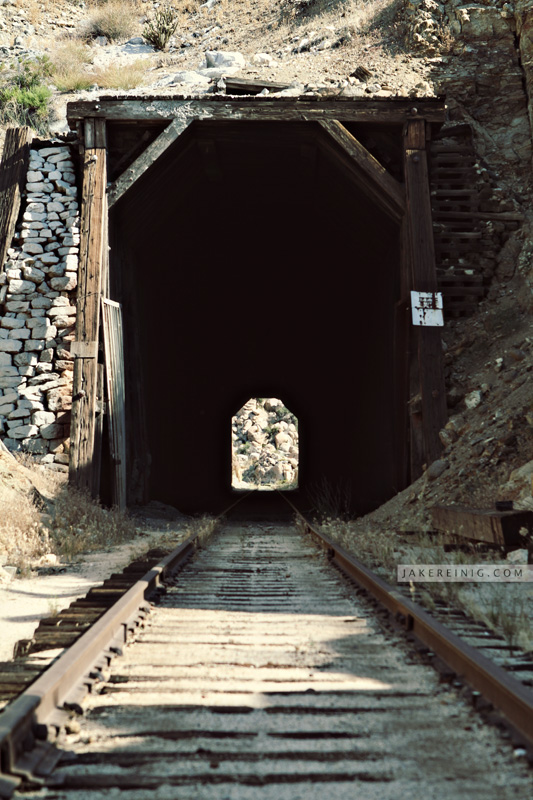 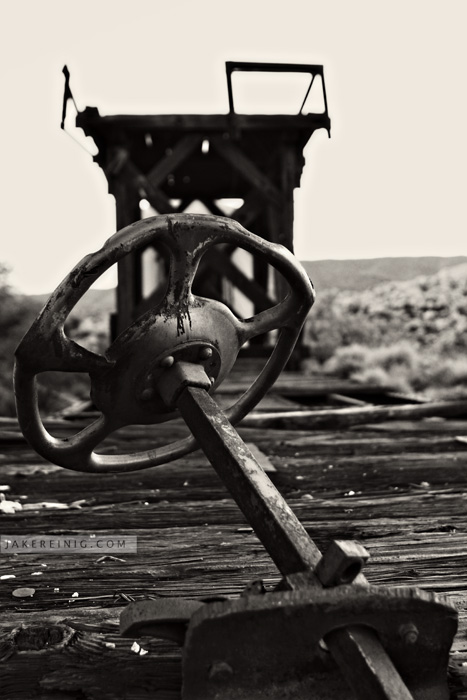 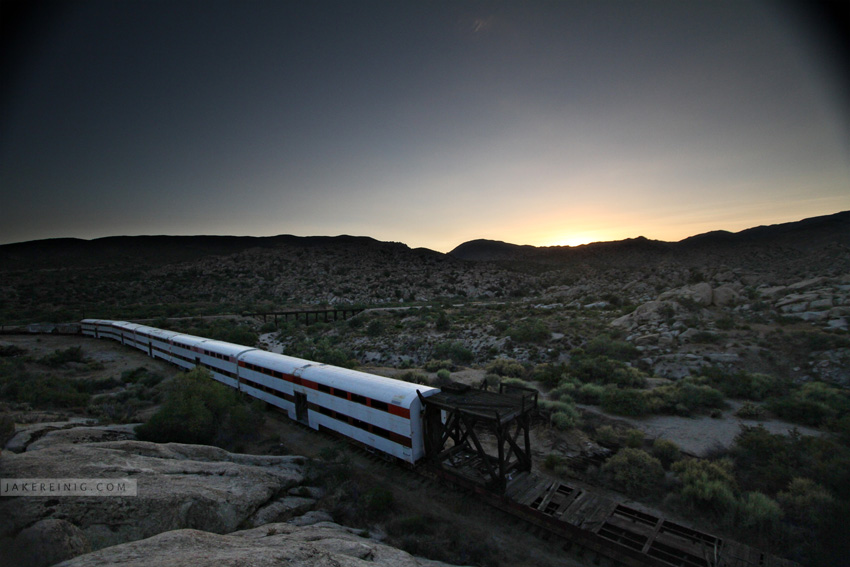 As often happens, the vignette is the result of shooting at 10mm with my graduated ND filter on. 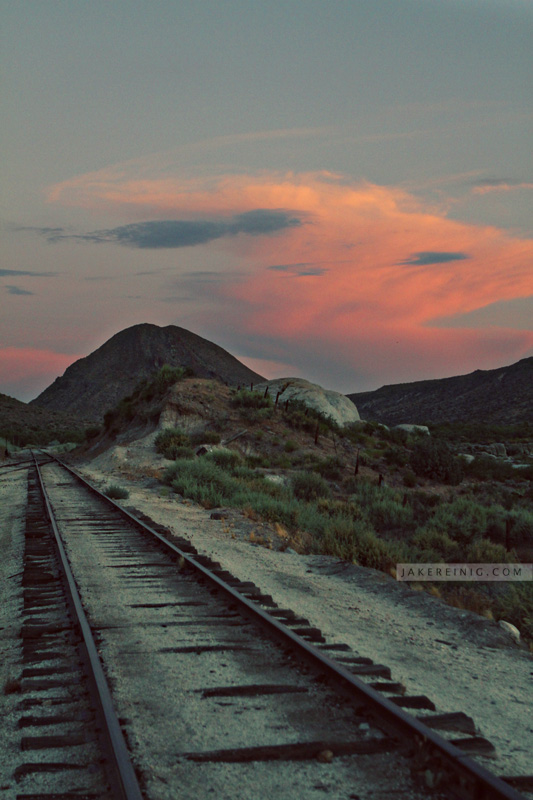 My view as I set off back for camp.

Random Jazz: OC Edition I
Drowning on the Mississippi

6 Responses to Playing with Trains