By Jake Reinig on February 10, 2014 in Architecture/Man-made, Landscapes, Seascapes, Travel/Landmarks

I had a birthday recently, and because I’m so awesome, Catalina Express decided to give me a free round-trip ticket to the lovely island city of Avalon. Someone told me that they do that for everyone on their birthday, but I’m pretty sure they’re wrong and they did it because I smell nice, among other things.

Anyways, I’ve been traveling to Catalina for years to scuba dive, but had never actually photographed it. So with my trusty camera in hand, I headed over.

The weather was pleasant and the island quiet, so I had a fairly relaxing day (more on that in a minute).

The first thing I did was head over to the Casino to take the walking tour of said building, which I had never been inside of. 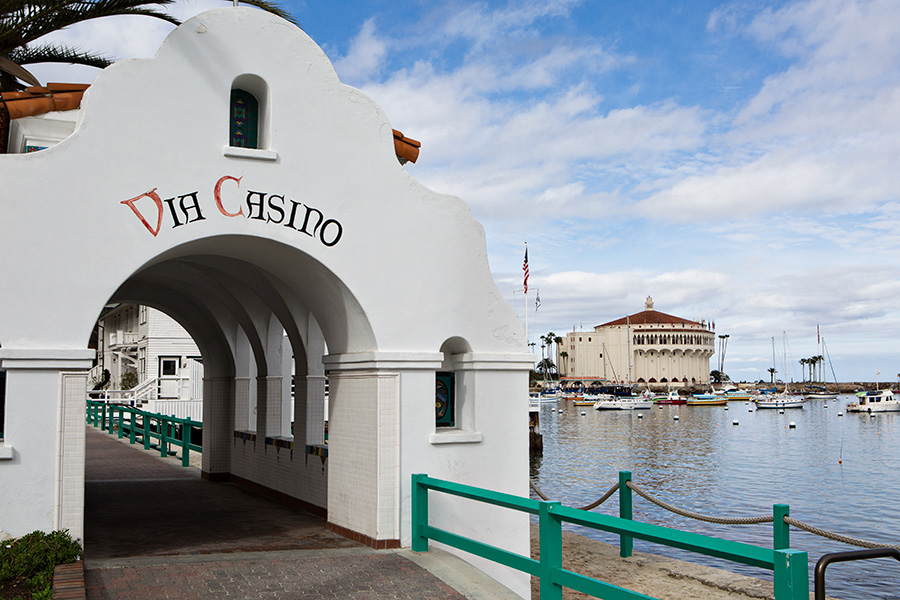 Catalina was at one point quite famous for its “Catalina tile,” which is still used extensively to decorate the island. The next few tile mosaics (?) are on the walking path to the Casino. 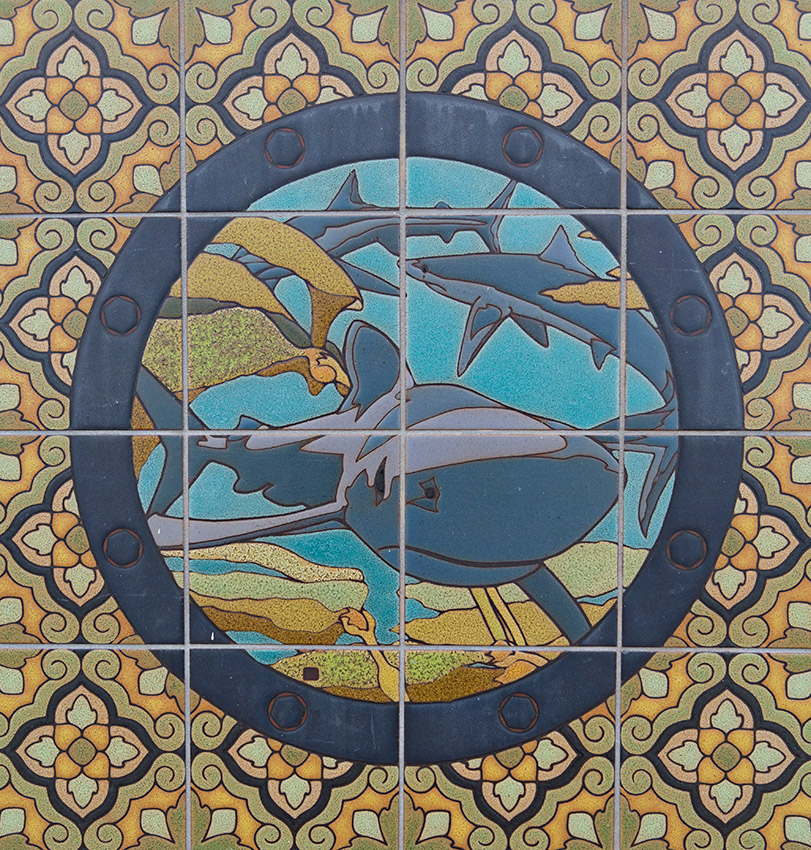 This one shows what I think is Sugarloaf Point in the distance, before the large rocks were destroyed to make room for buildings, including the current Casino. 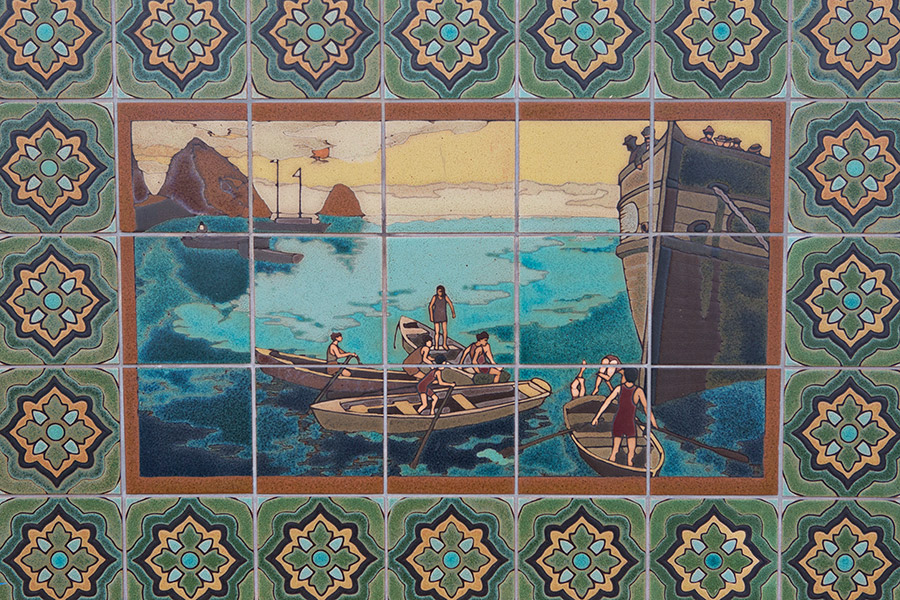 As I waited for the tour to start, the young woman selling tickets took a call on her cell: “Please tell me you’re not calling with bad news….She…didn’t make it? … Oh $&*#…Oh $&*#….” I was the only one who heard her in this very private, very sad moment. I felt like I should say something or try to comfort her, but what do you say to a total stranger in a situation like that? In a moment she had moved into a side room and the tour started, so I never found out what I may have tried to say. I hope she’s doing ok.

Back to the tour, I’ll say that the inside of the Casino is incredible. The Wrigley family spent an obscene amount of money making it about as ornate as was possible at the time. The waiting area just outside the movie theater has a roof filled with 22-carat gold-leaf stars. I don’t have a photo inside the theater, but trust me when I say that it’s breathtaking.

View of an island traffic jam from the second floor of the building, which is actually about 10 stories up. 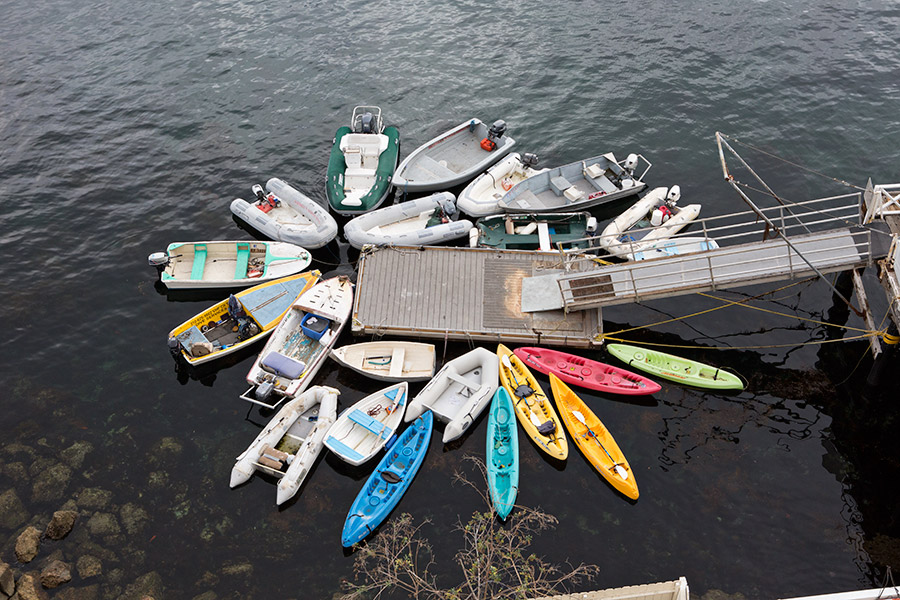 This is the chandelier…thing at the center of the formal ballroom on the top floor of the Casino. The piece is quite large and can be rotated. 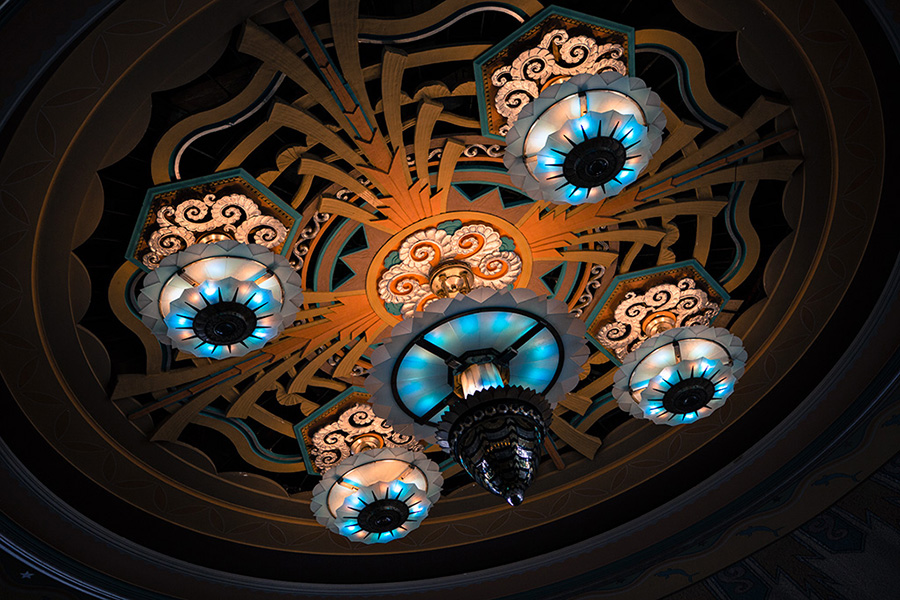 In the entry way to the theater are a number of beautiful mosaics and wall paintings. These pieces, which are the originals put up in the 1920s, are still impressive to look at. 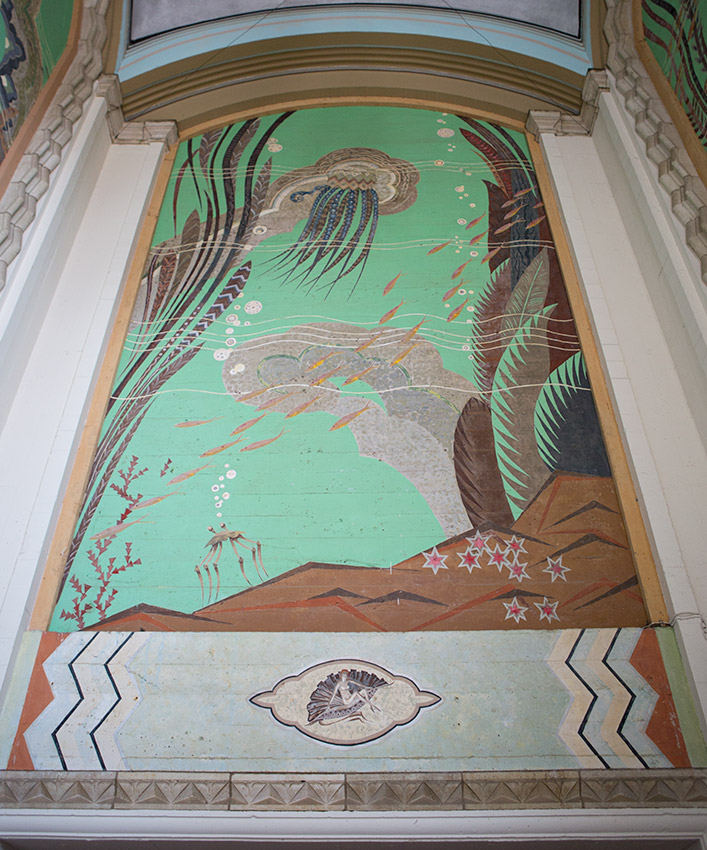 In the event that your workplace doesn’t like au naturel, 85-year-old mermaids painted onto the sides of large public buildings, I’ve decided to make this one small. Click to see it full-size. This mural was the only one completed as originally intended using Catalina tile. With opening day around the corner, the Casino’s designer was told to paint the rest directly on the concrete facing of the building. This piece is one of the prettiest works of art I’ve yet to see in California. 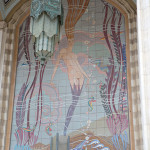 Earlier, I mentioned that the day was relaxing. That is, with the exception of hiking to the top of the cliff just above the Casino. What a trek!  Walking to the cliff-face directly over the building, I came across this structure set into the ground. By the looks of it, it was buried for some time and was recently uncovered when the dirt was washed away. Decorated with a tile cross and about the size of a child’s grave, I couldn’t help but wonder if it wasn’t just that. I’ve not been able to find any information on it though. 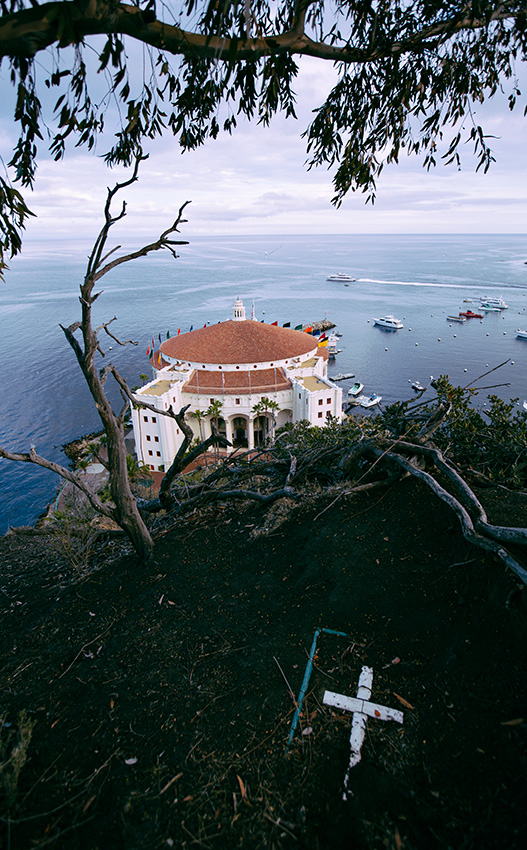 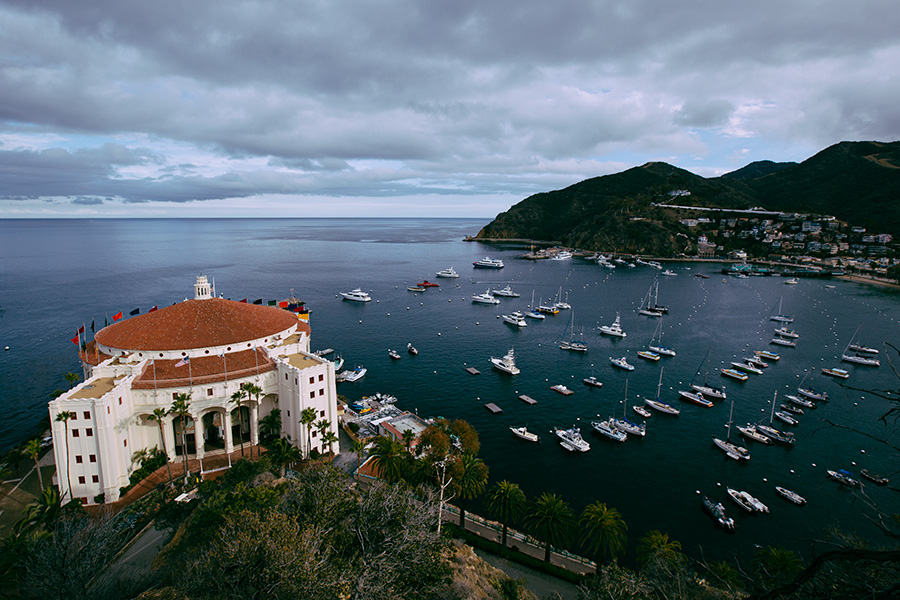 No idea what this is meant to be, but I found it looking out from a house on the hike back down the hill. 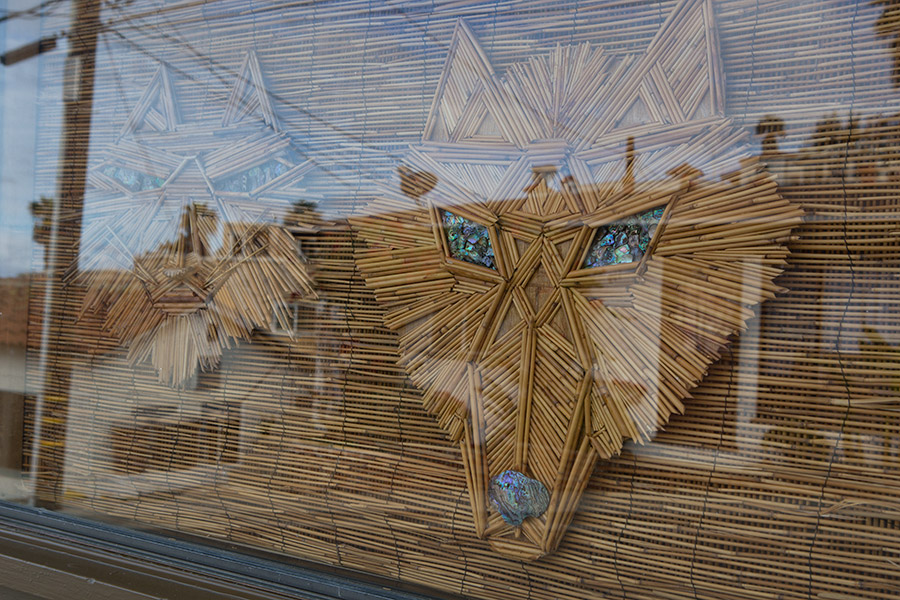 I got a late lunch whilst waiting for the sun to get lower and took some pictures of various tile installations around town. It’s quite interesting to see the large design variety on  structures and buildings. Below are two such examples. 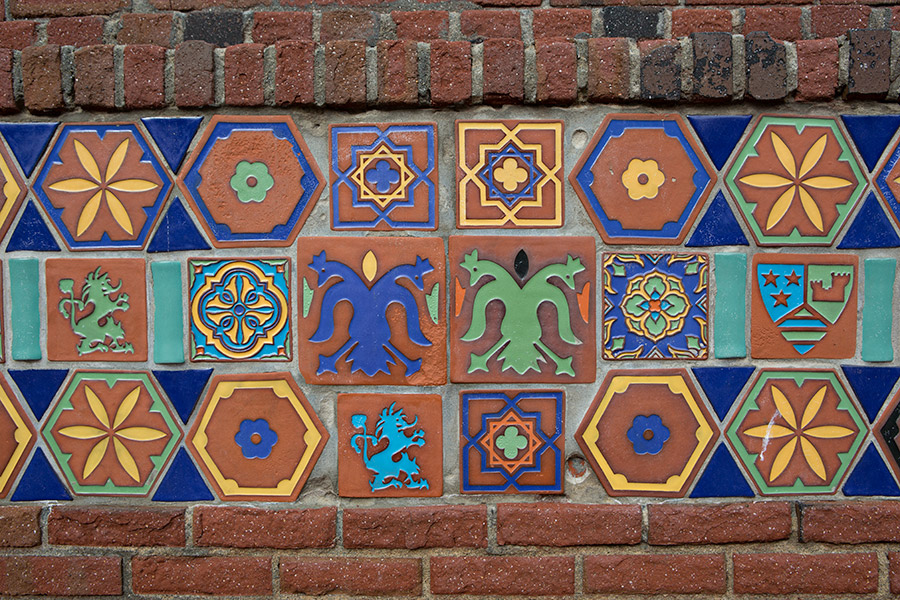 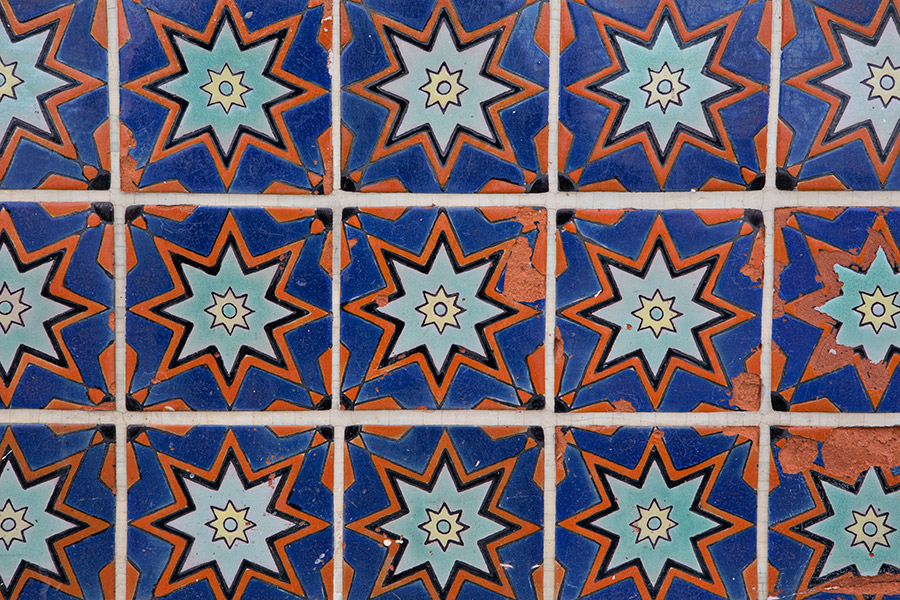 Carrying all my gear up the hill again didn’t sound very appealing, so I hired a cab to take me part of the way. The sunset wasn’t spectacular, but the waning daylight still made for a great view. 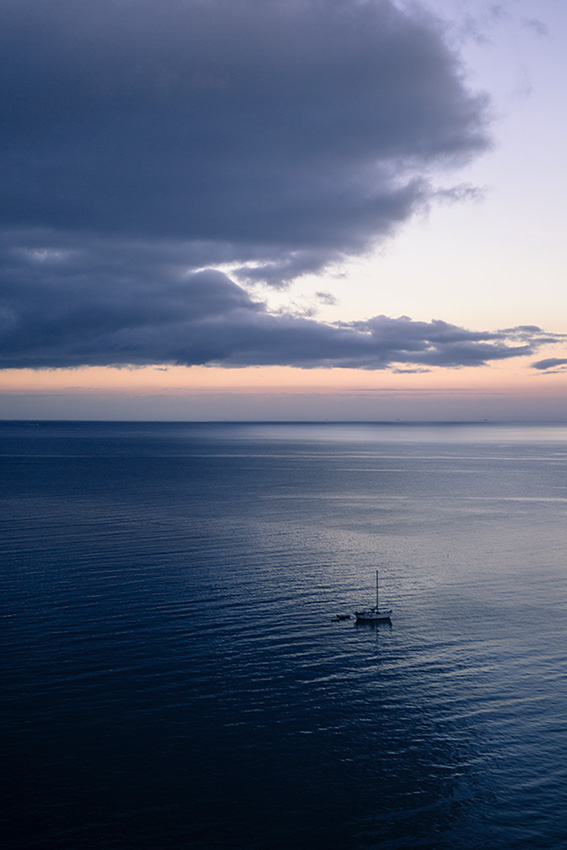 To close off the post, here’s a shot of Avalon harbor just after dusk. Thanks for visiting! 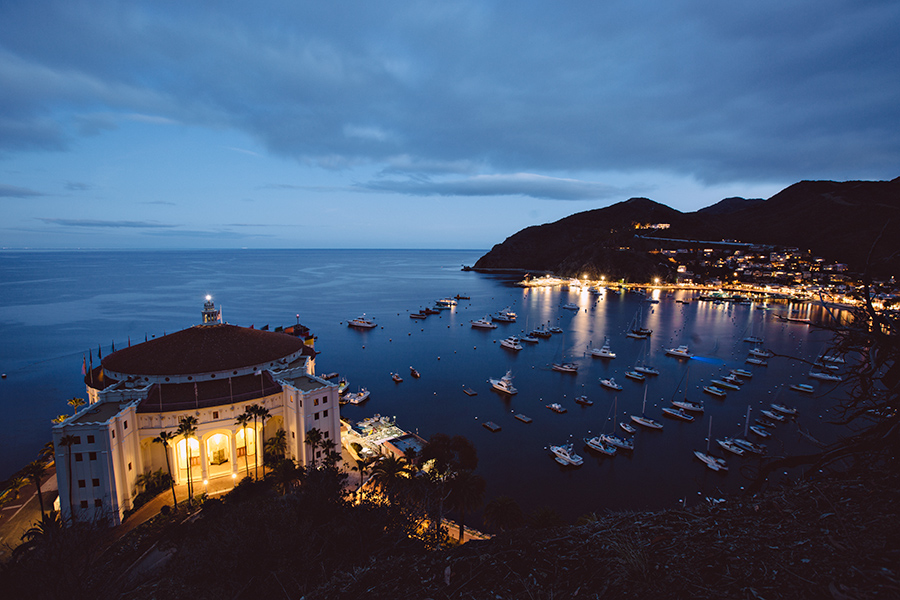