Random Jazz: On the Road Edition

I’ve been shooting a fair bit lately, but mostly stuff I can’t share with you. That’s why you get two random jazz posts in a row. Also, because I saw what you did in the pet food aisle at Kmart. You don’t deserve a coherent post.

Anyways, below are a handful of photos each from a few recent trips: Seattle, East Jesus/Slab City/Salton Sea, and an abandoned waterpark.

First up: the waterpark. The slides and such are destroyed and not very interesting. However, the graffiti and stencil work left by vandals is pretty awesome. 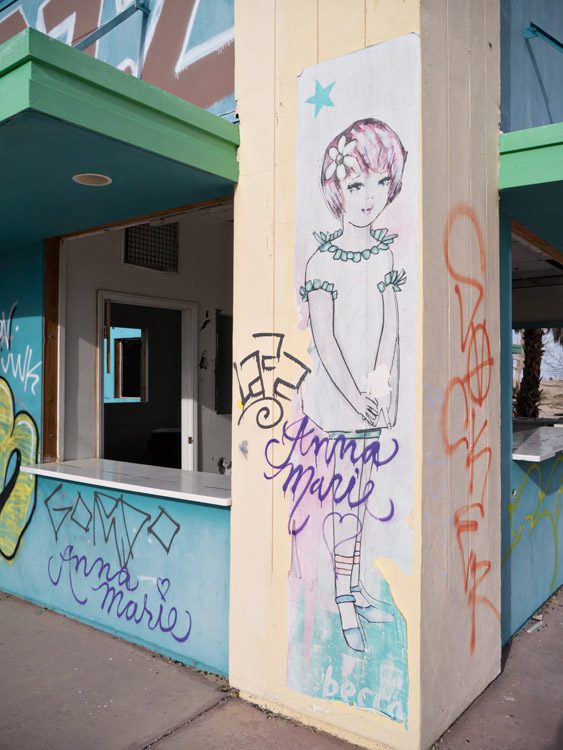 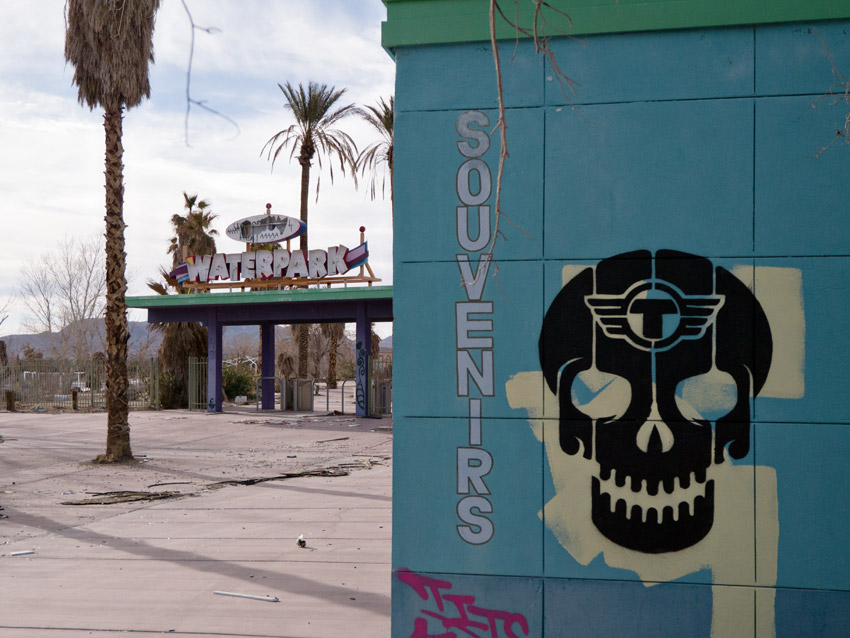 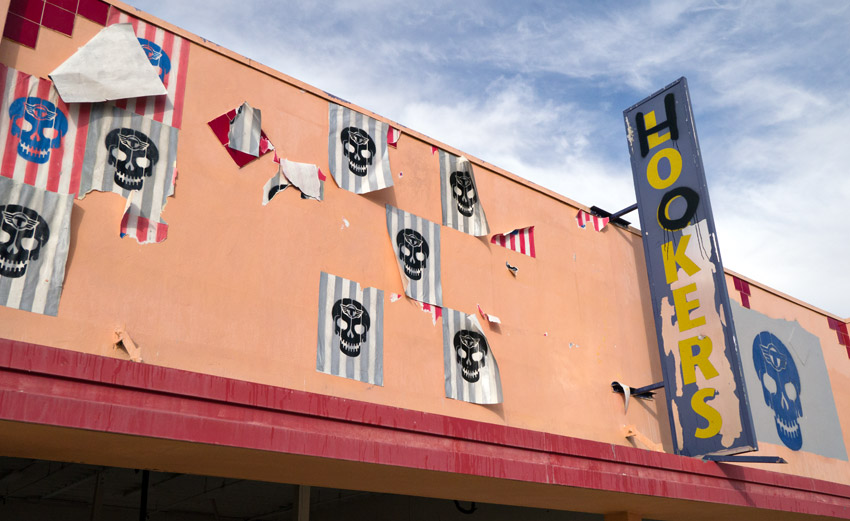 The previous tenants left their tumbleweed behind. I hope they don’t need it. 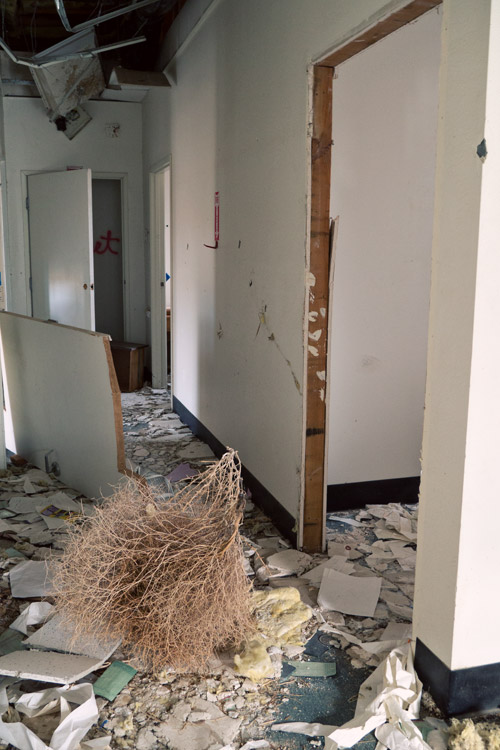 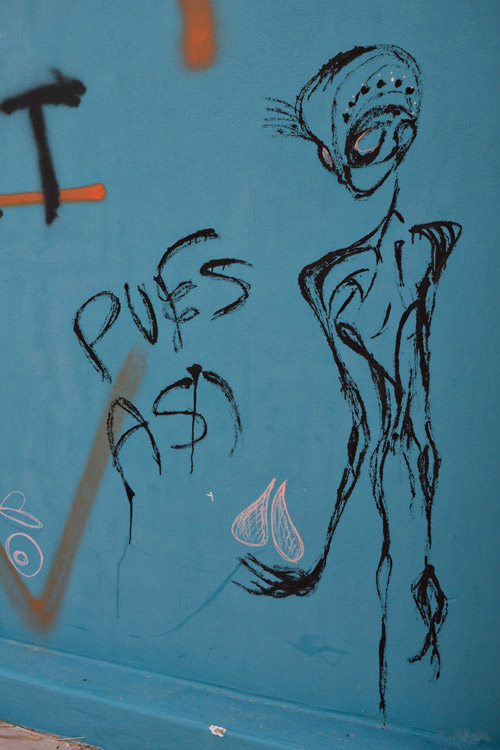 As you enter the park, there’s a road with billboards on either side of it. These artists took over each one to wonderful effect. 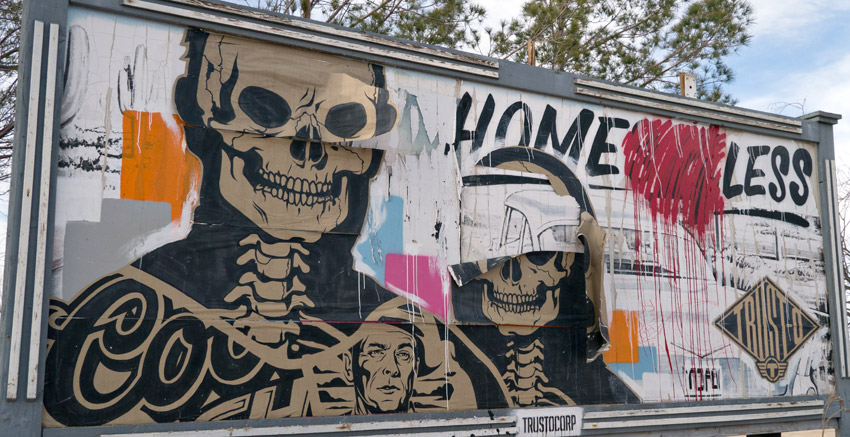 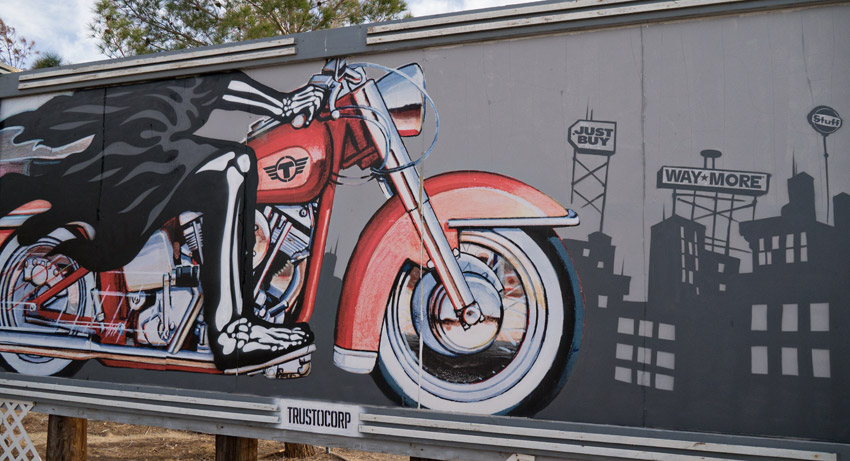 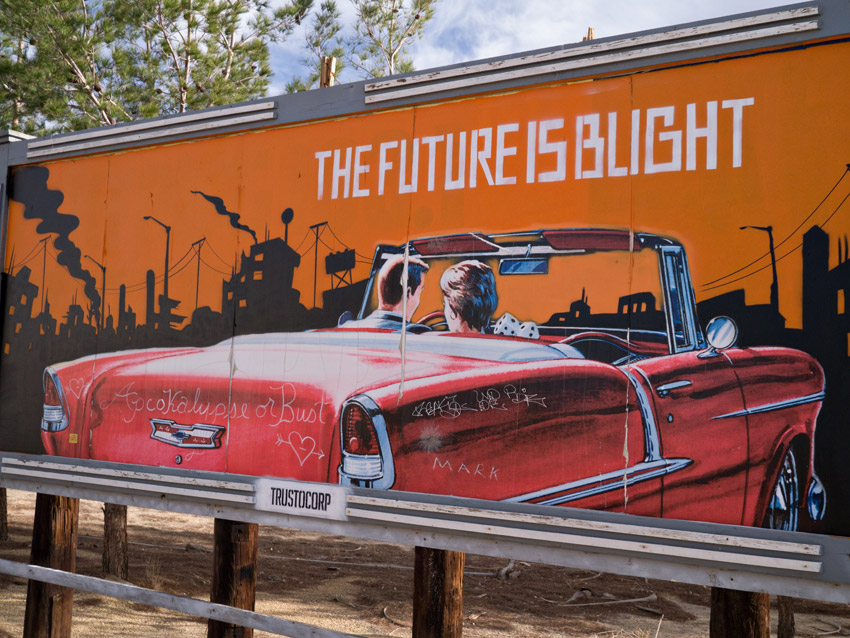 Oh, and here’s a picture of some Chinese lanterns just because. 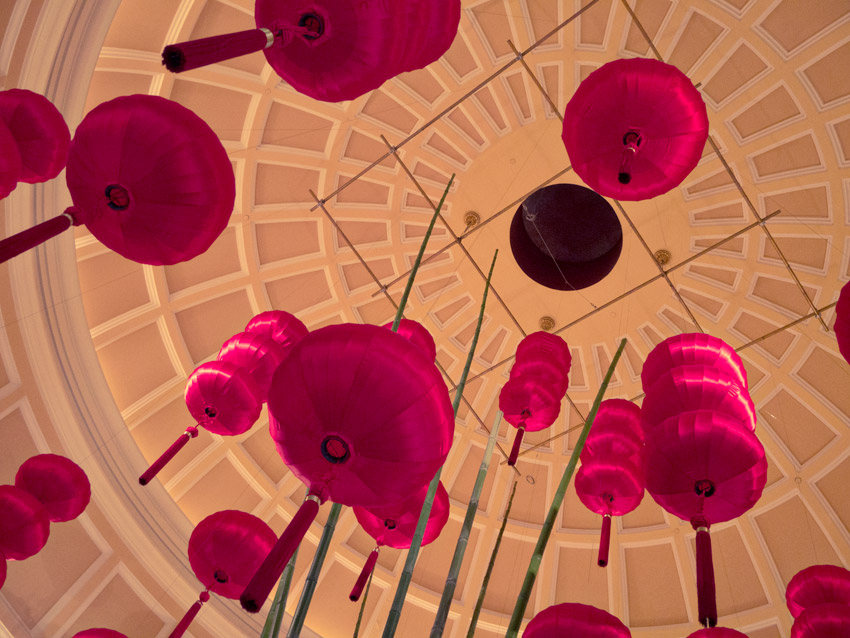 I visited Seattle for a few days. I didn’t get time to do a ton of photography, but still enjoyed it immensely. 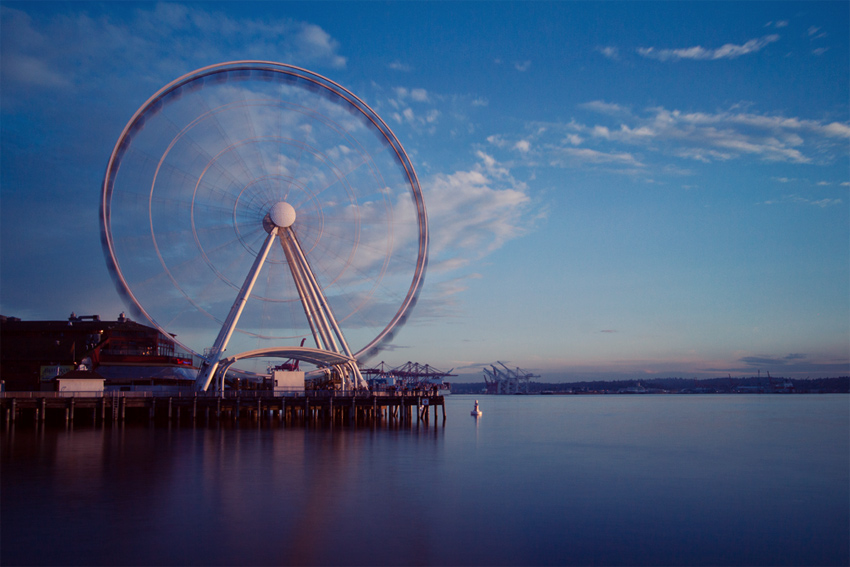 So, as usual, I had near perfect weather on this visit. Regular readers will recall that I’m cursed with good weather at most places I travel to. It’s great for just existing and getting around, but it usually makes for sort of ho-hum photos. Anyways, I drive over to this park to try taking a boring sunset photo of downtown Seattle and the very impressive and very tall Mt. Rainier in the background.  I’m actually kind of excited, because I didn’t expect such a clear view of the mountain.

I got to the park two hours before sunset so I could make sure I got a good spot, since I know this place gets crowded. Not a single cloud was in sight the entire time. However, once the light finally started getting interesting, this one cloud decided to meander in and block my view of Rainier. I’ve decided that I’m at war with the sky. 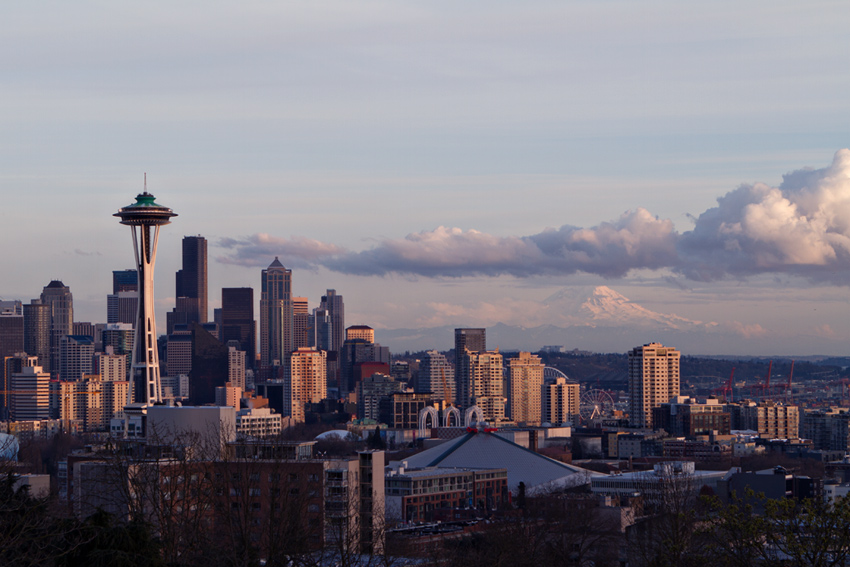 This photo probably couldn’t be more cliche, but I decided I should get it anyway. Consider this a reward for what you did in the toothpaste aisle. 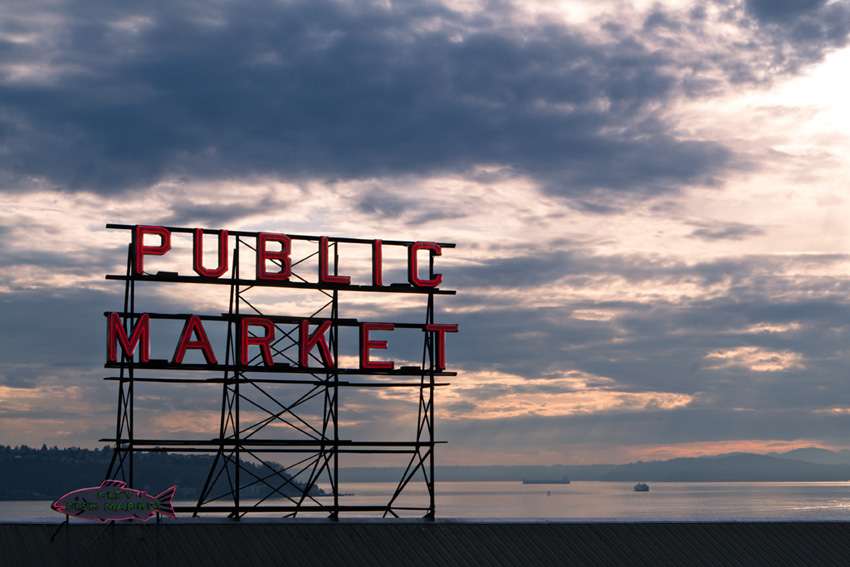 Mt. Rainier, before my enemy The Sky made his move. Fact: Zeus lives here. 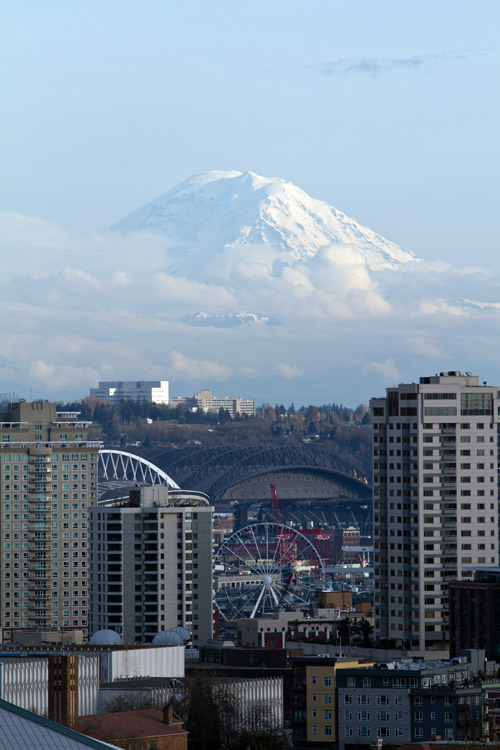 This was visible on someone’s balcony whilst walking to the waterfront. Don’t ask me. I don’t know. 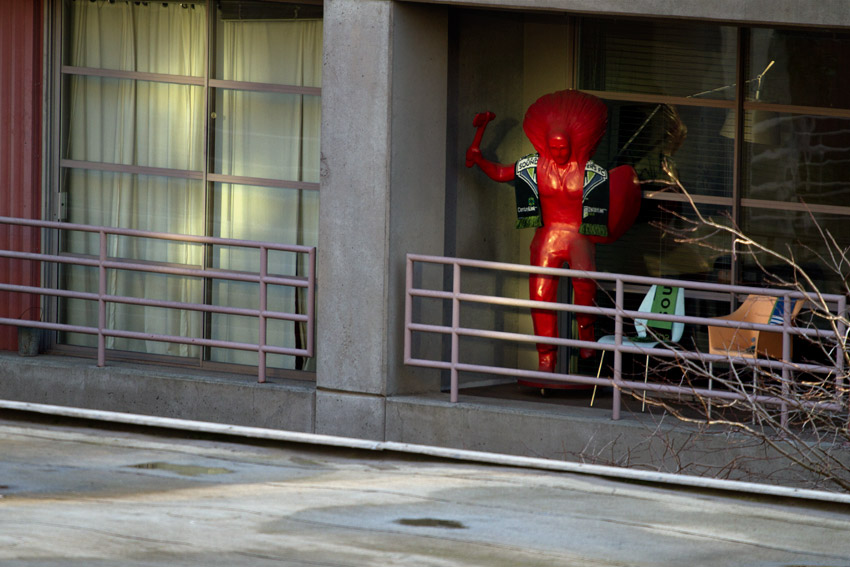 A shot from inside the market. Supposedly, there’s guys throwing fish everywhere. I imagined it as though I’d have to be ducking fish left and right (on a side note, are ducks known for squatting to avoid things? I wonder where that term comes from.). The only flying fish I saw were on this sign. 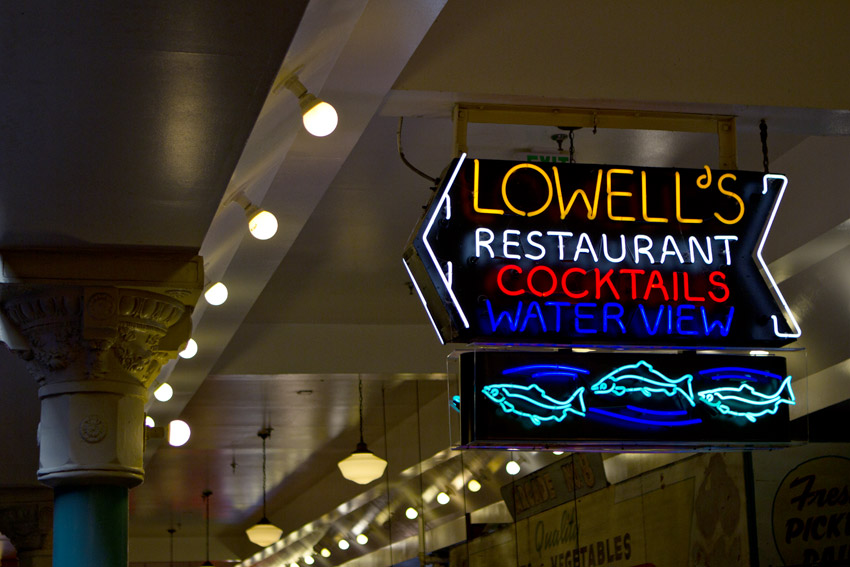 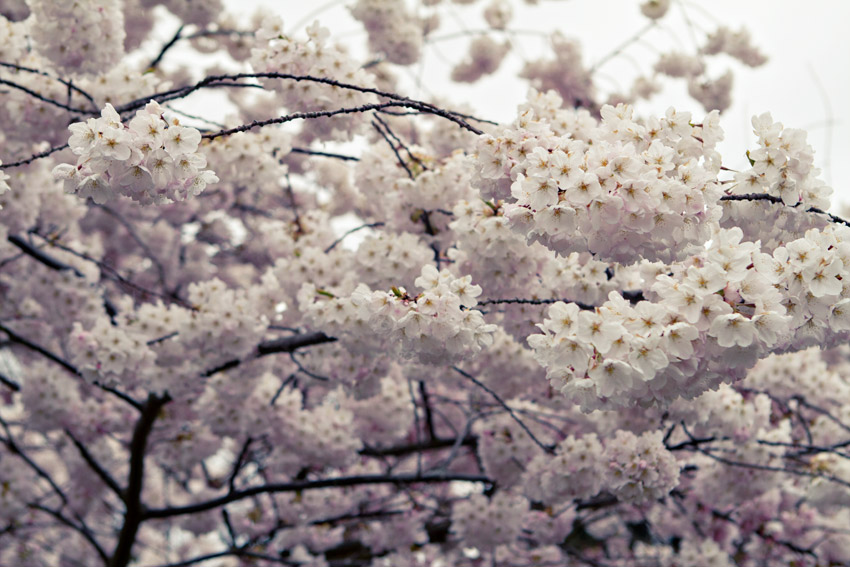 I was walking away from the market and this man said “hey, can you teach me everything you know?” I said “no, but you can have my hat.” And so, I gave him my hat. Also, my bucket full of balloon animals. 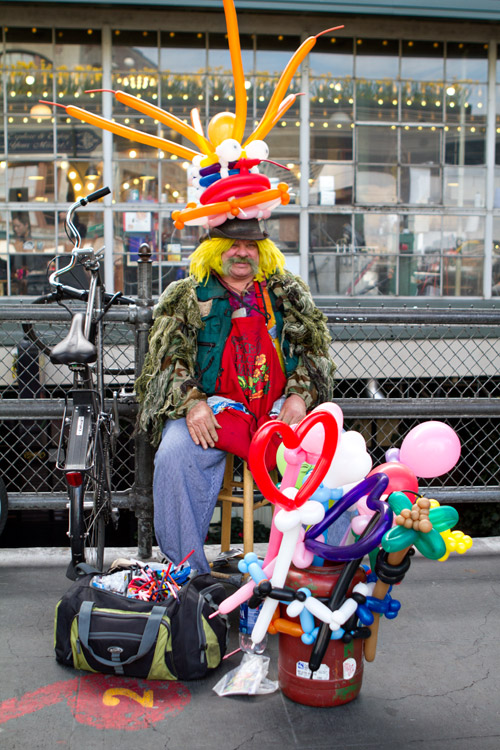 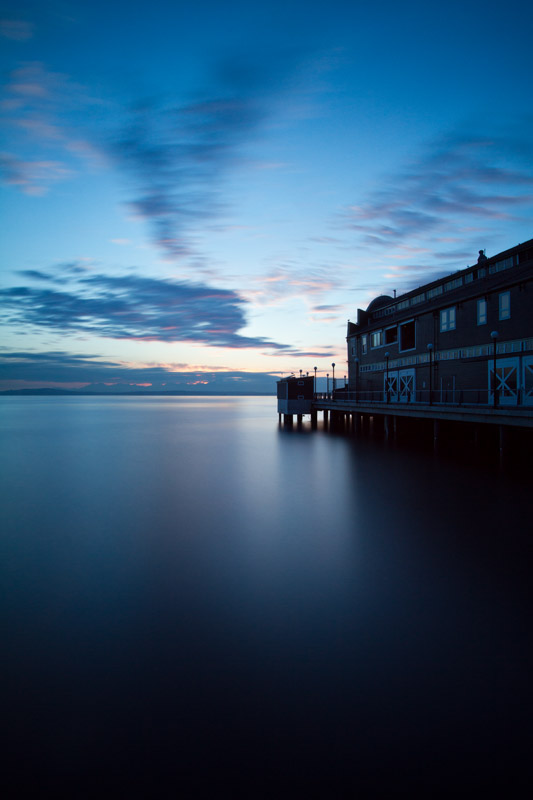 So long Seattle, and thanks for all the fish.

It is the only place I’ve ever been, and I’m not joking about this, where the shore is literally made of ground bones. 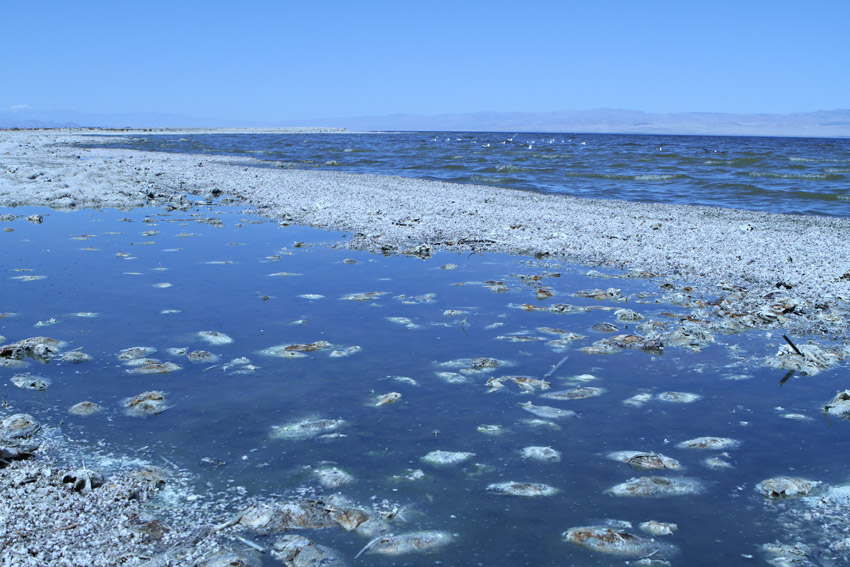 Why go there? Because of East Jesus. It’s a cool place, and much nicer than West Jesus. Slab City, which is the larger community that East Jesus is in, is…interesting.

Here’s my friend Ania, sitting in the dirt for some reason. 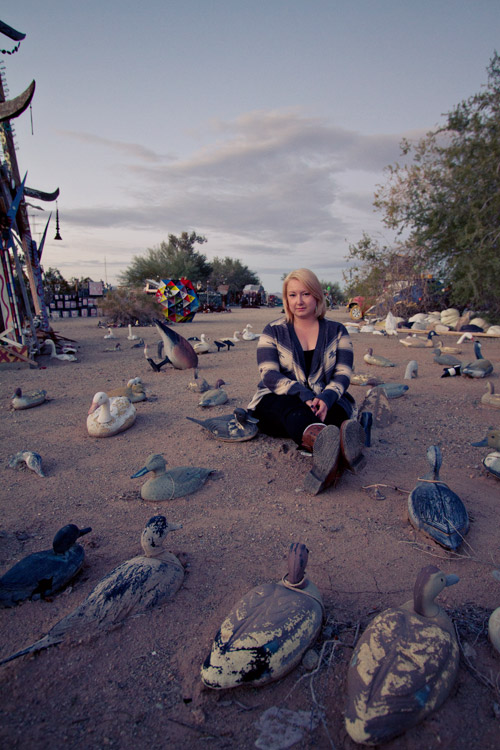 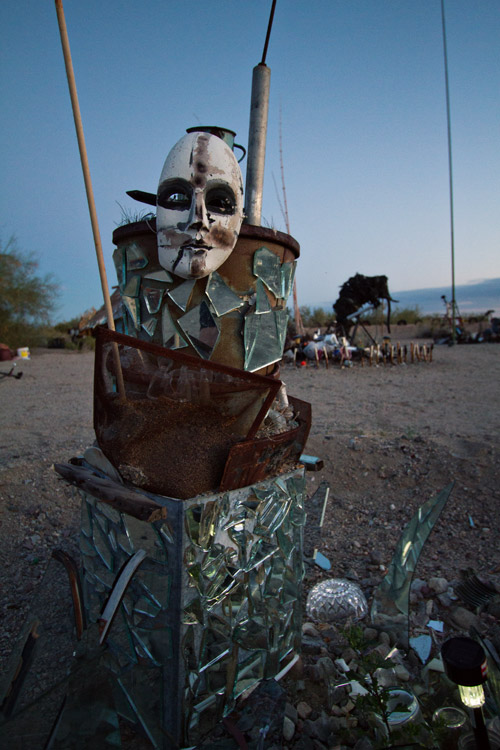 My brother and I thought the art installations and low amounts of light pollution would make for interesting photos. We were right. Unfortunately, we didn’t really take any. Both of us came away feeling disappointed in what we had captured.  Here’s one that I did like. 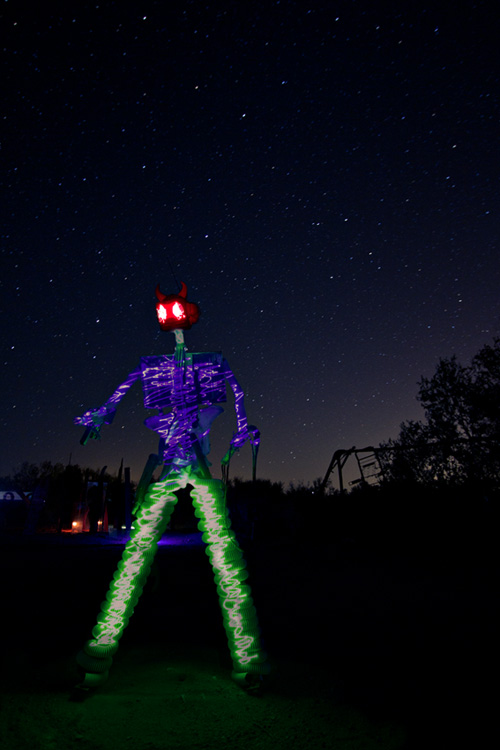 A shot from the pet cemetery at Slab City. Poor Gunner. 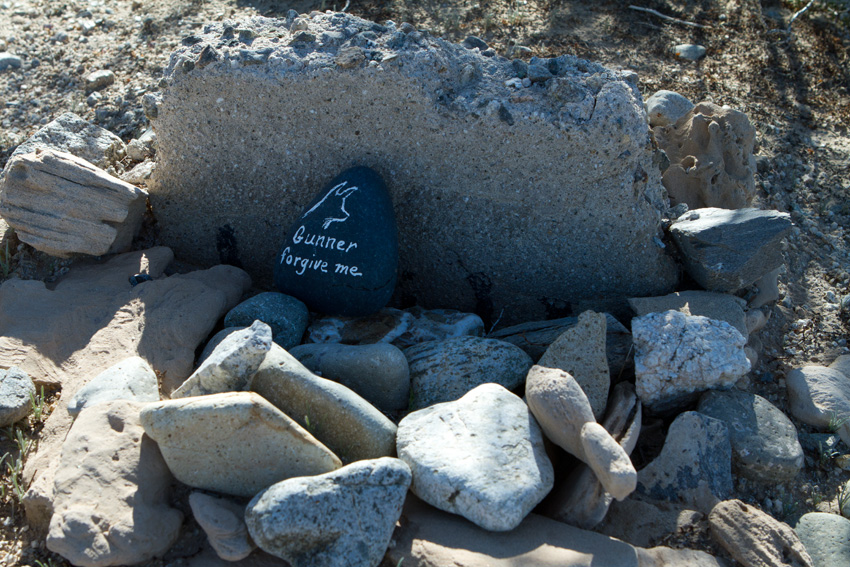 And, since hummingbirds are good luck, I’ll leave you with this shot as the last of the bunch. Feel free to click on my name at the top of this page to see more of my stuff. Thanks for visiting! 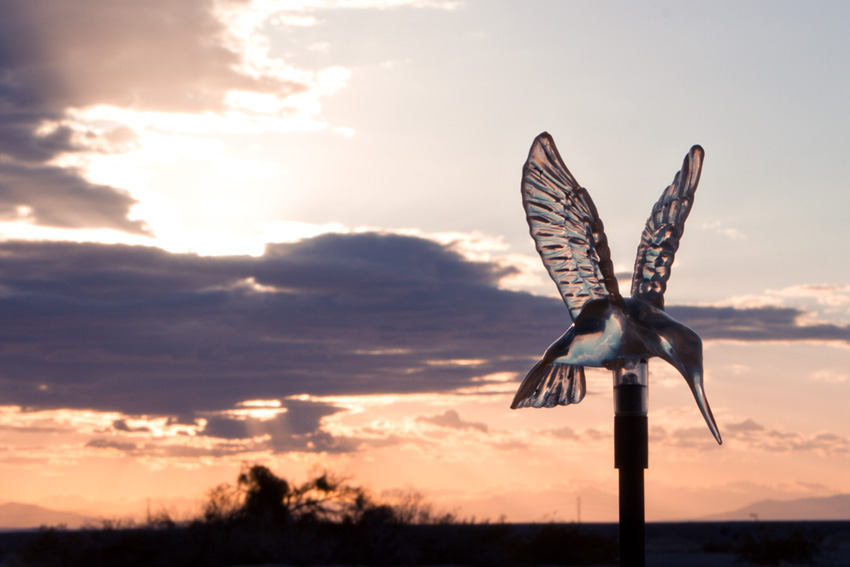