Salvation by Way of East Jesus

By Jake Reinig on January 22, 2013 in Landscapes, Photos, Ruins/Abandoned, Travel/Landmarks 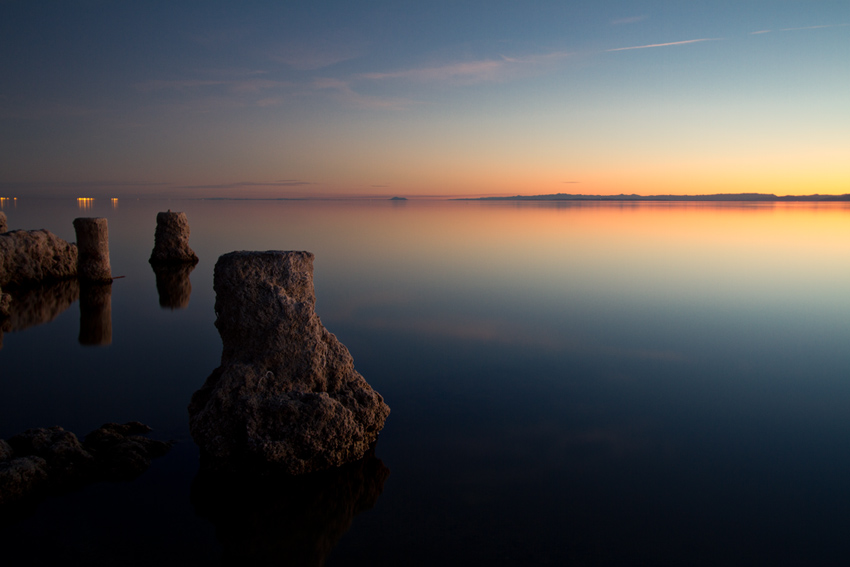 (Editor’s note: Jake has been having trouble sleeping, so he took a sleeping pill before he started writing this. Please forgive its somewhat incoherent structure.)

(Author’s note: I don’t actually have an editor.)

My brother and I felt like taking a road trip adventure to the Salton Sea area, so we headed out to this little part of crazy this past weekend.  Our first stop was an abandoned city with an abandoned prison somewhere not anywhere close to the Salton Sea; unfortunately, while it’s no longer inhabited, it is decidedly unabandoned. Razor wire and security were onhand, but apparently, my social engineering skills were not.  Undeterred, I’m now trying to find a route via the owners. Let’s keep our fingers crossed.

Because of the distance, it was late in the day by the time we made it to the lake, so we opted to shoot sunset at Bombay Beach, home to a large number of destroyed buildings from the lake’s sordid past.  Unfortunately, in the few years since I was last there, most of the structures have been totally wrecked. This is one of the last ones still standing. 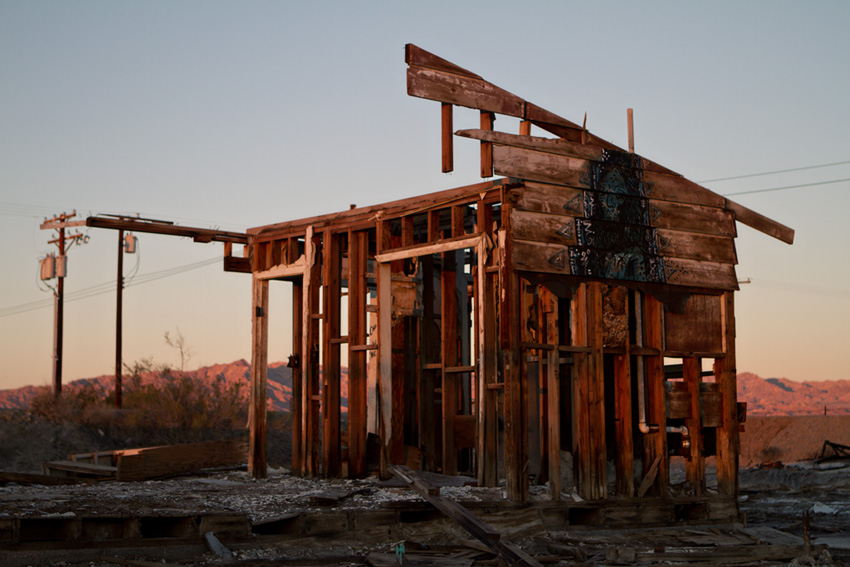 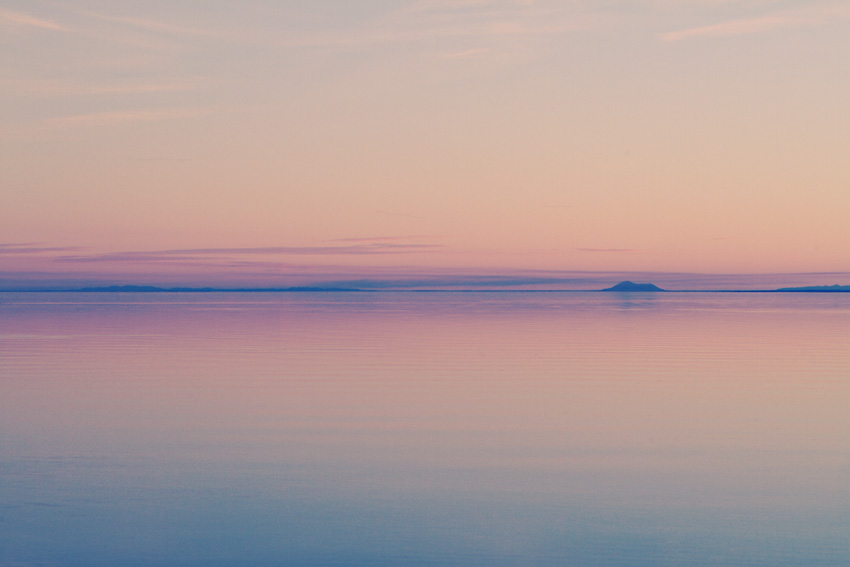 Sunday we made our way to East Jesus, an artistic community in the midst of the crazy lost settlement called Slab City. East Jesus has some pretty rad installations, this tower being one of them. 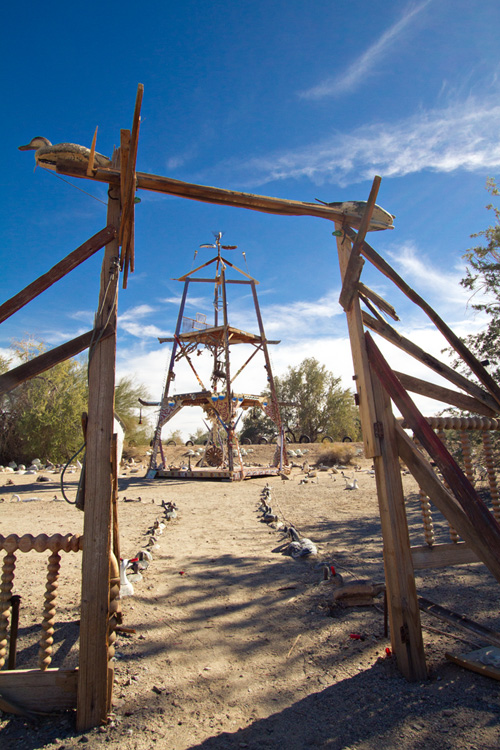 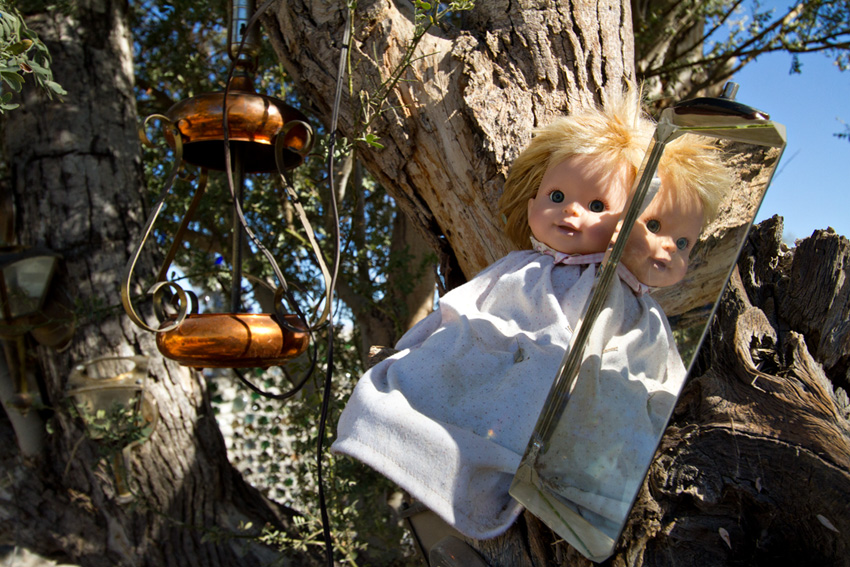 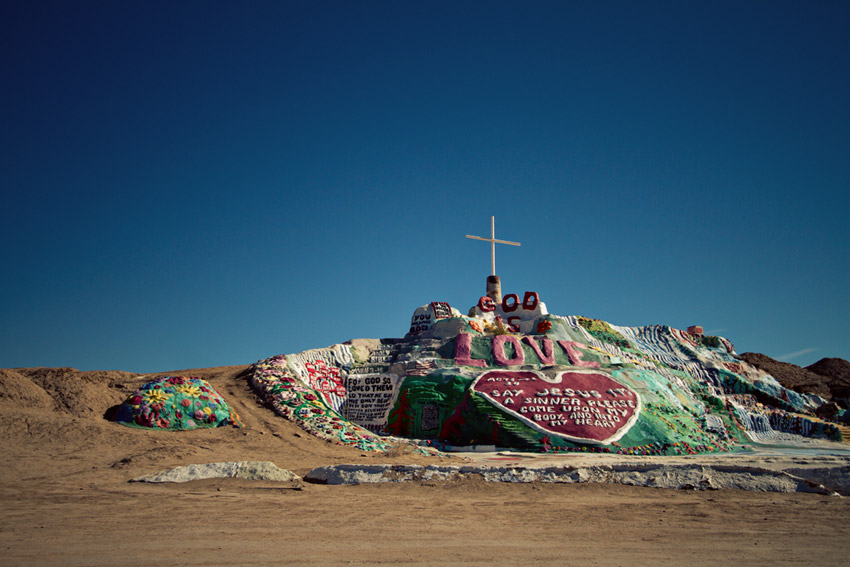 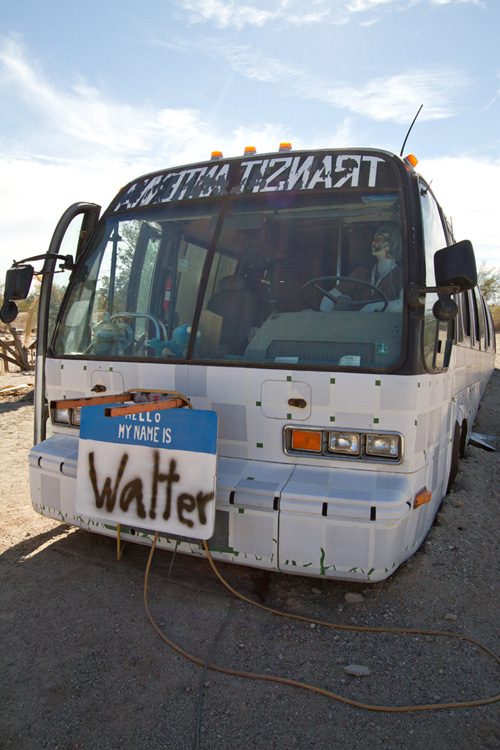 The “trophy room” at Salvation Mountain. 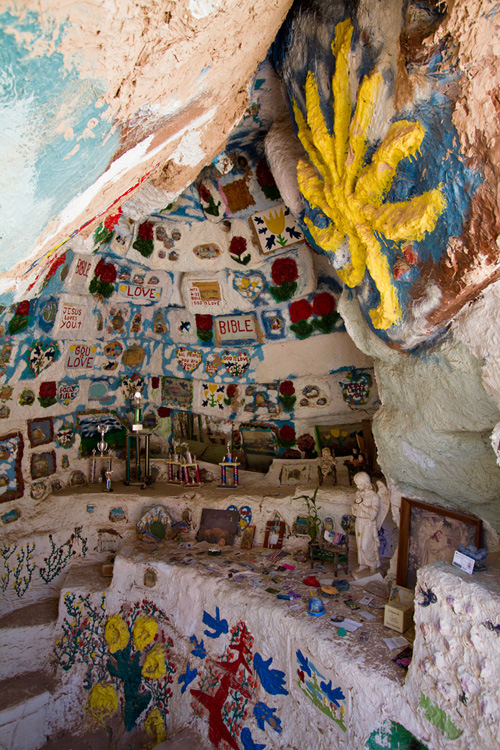 The room was full of trinkets; “laser cats” was my favorite. 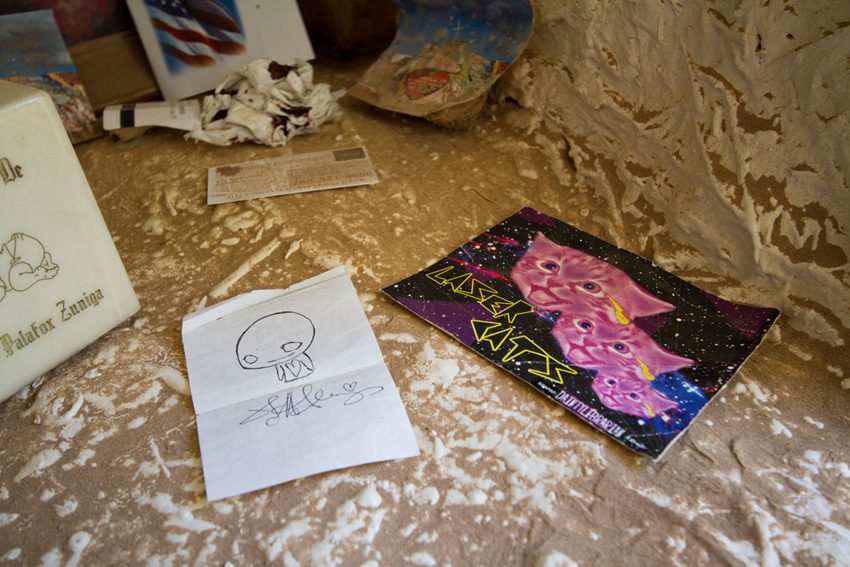 Another sunset shot at Bombay Beach. 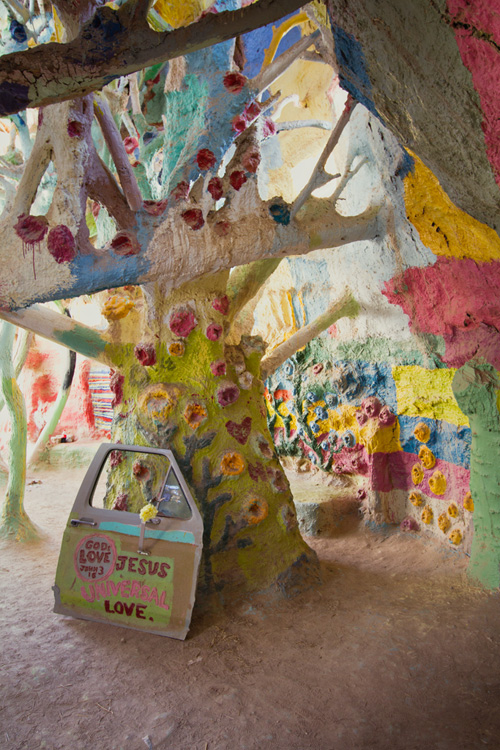 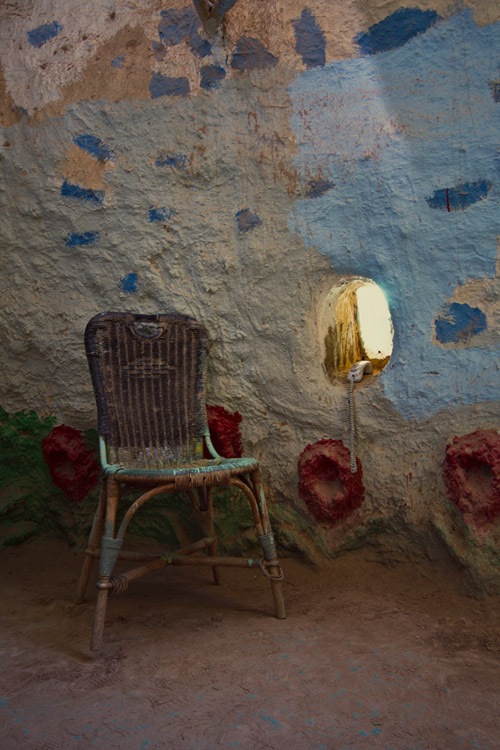 A random sand dune that unexpectedly swallowed a road we were driving on. Guess we didn’t want to go to that wrecked neighborhood anyway. 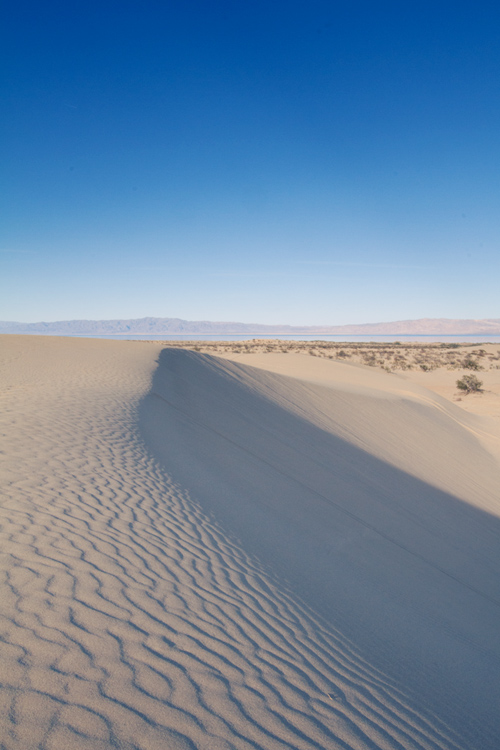 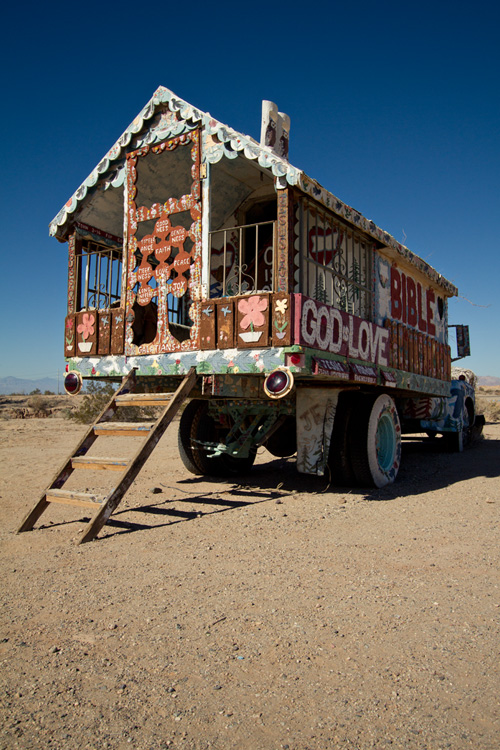 We had high hopes to do some star photography, but the moon was too full and waaay too bright. Long exposures made the ground look like day. Sort of bored, we decided to try our hand at making our own burning bushes. We’re making plans to go back to East Jesus on an upcoming new moon and do some night work with the installations. With any luck we’ll have more interesting results from that. 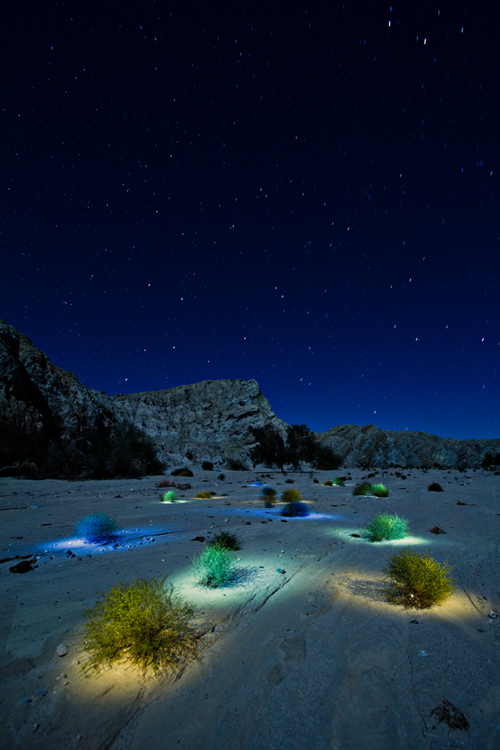 Apparently, this station has been closed for a few years. 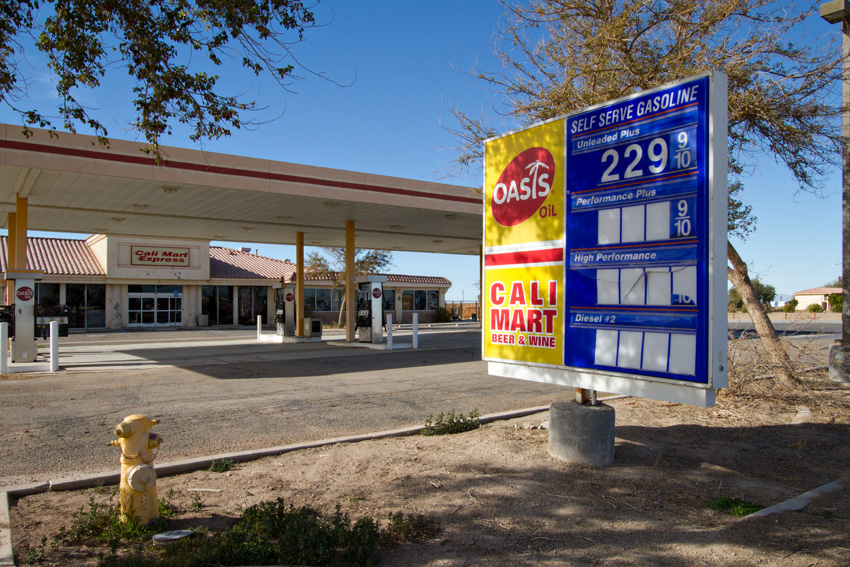 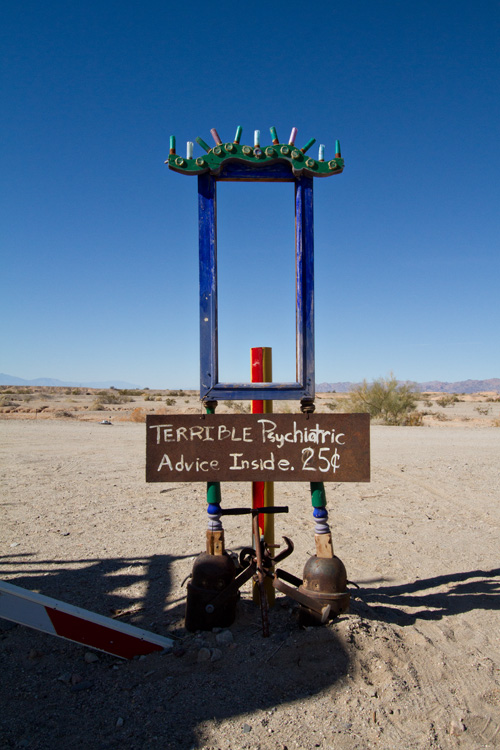 Hopefully this mannequin doesn’t get anyone in trouble at work. I mean, she does have geese bodies for arms. 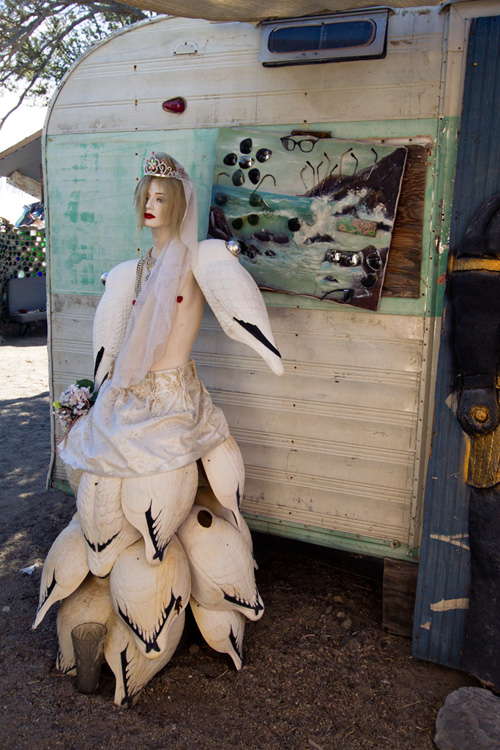 The difference between me and my brother: he climbs my truck to get a better view of cows, while I try to shoot the abandoned factory. Obviously, I’m way cooler, and I’m pretty sure my grandmother would agree. 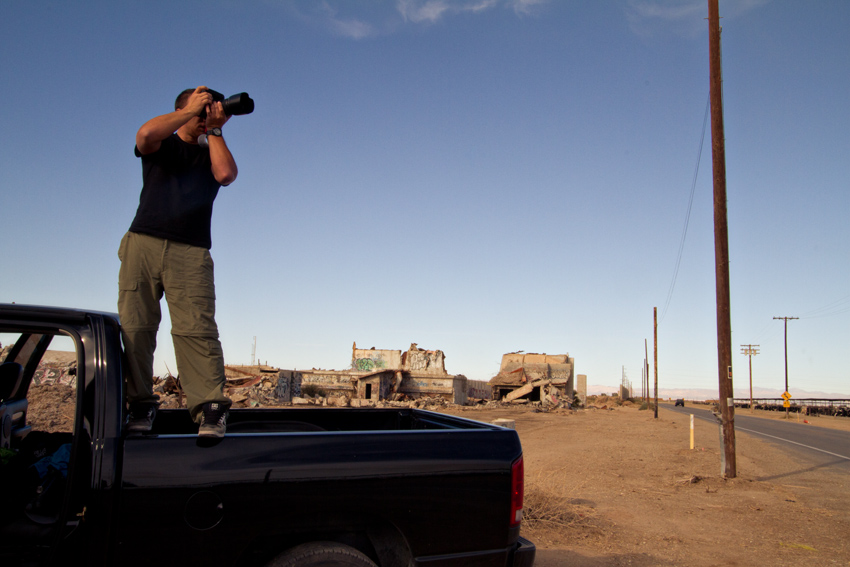 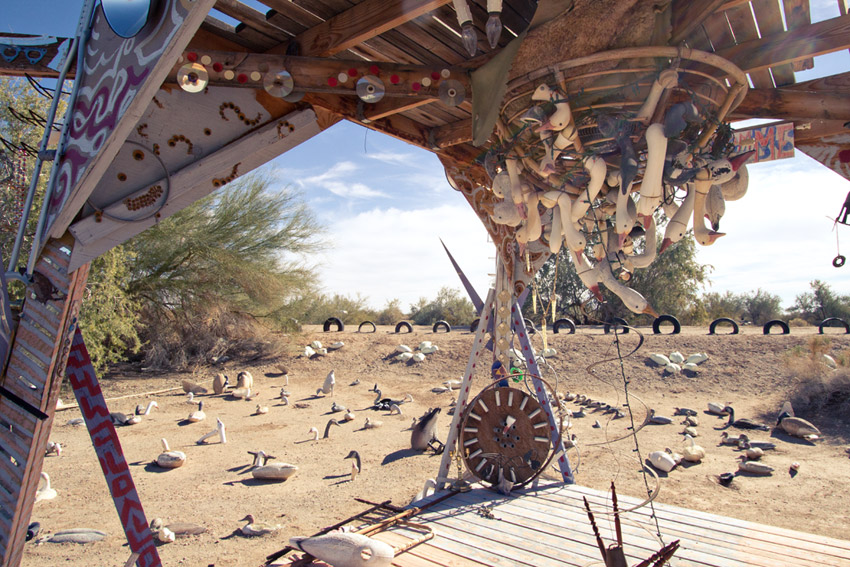 Dear sleeping pill: please don’t let me dream about this guy tonight, especially since I know you’re not going to let me wake up when I need to. 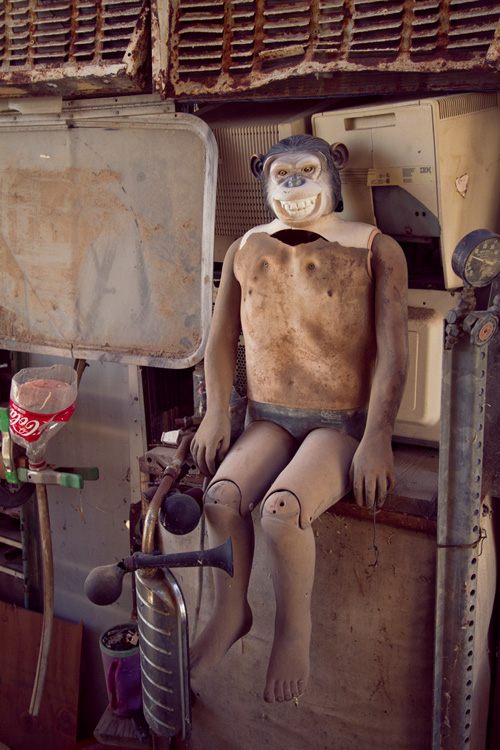 To wrap up, here’s two variations on sunset from the shores at Bombay Beach. With a returned trip planned for the near future, I’ll hopefully have better stuff for you guys next time.  As always, thanks for stopping by. 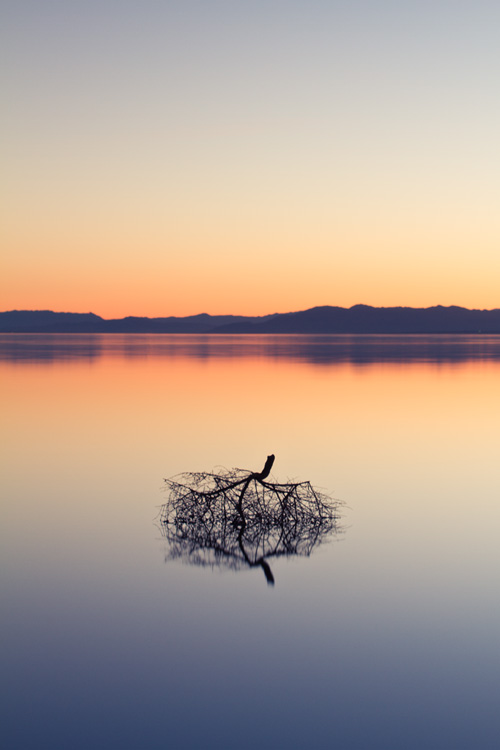 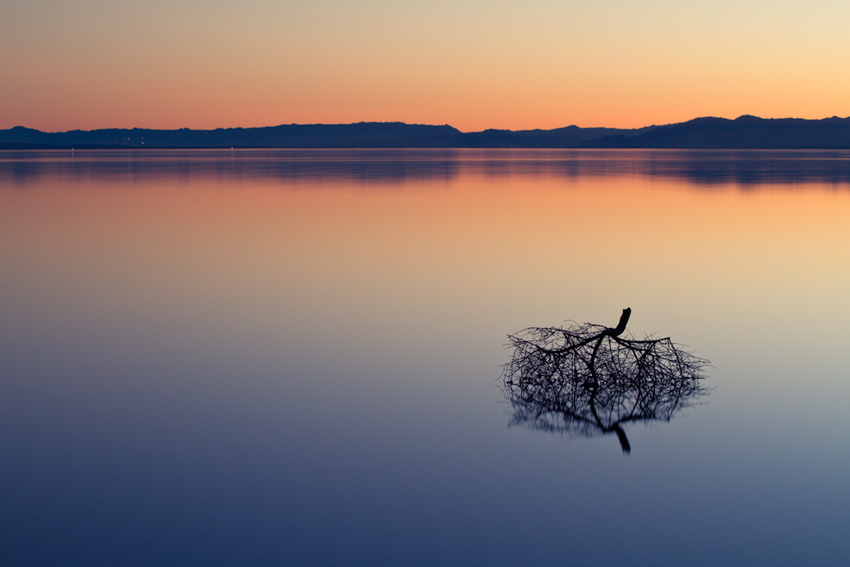 3 Responses to Salvation by Way of East Jesus