Giving Thanks for a Thanksgiving Wedding

My cousin Laurie became Mrs. Scott Rittenhouse this past Friday at one of the most entertaining weddings I’ve been to in ages. My family is pretty terrific, as are both Scott and Laurie, and it shows at our weddings. Well, everyone else’s weddings anyway. :)

I was originally asked to photograph the entire affair, but because of the big work project that I keep talking about, I suggested that she hire a primary photographer and I would do some backup as opportunity permitted. Last time my company tried to launch this particular project I was working over 100 hours a week, and I love my cousin too much to have possibly been the photographer/zombie.

I also turned down the weddings of my friends Franny and Tracey; I’m hoping their respective events went off flawlessly!

As it turned out, I spent the time before the wedding shooting the guys, and only got a brief moment with the girls (who were shot by the real photographer). I don’t have a whole lot of photos for you, but I hope you like the ones I do have. 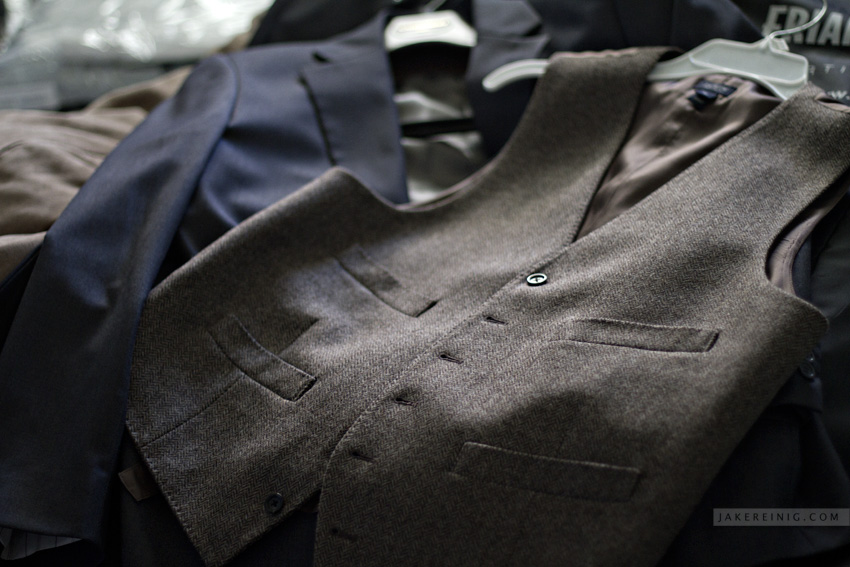 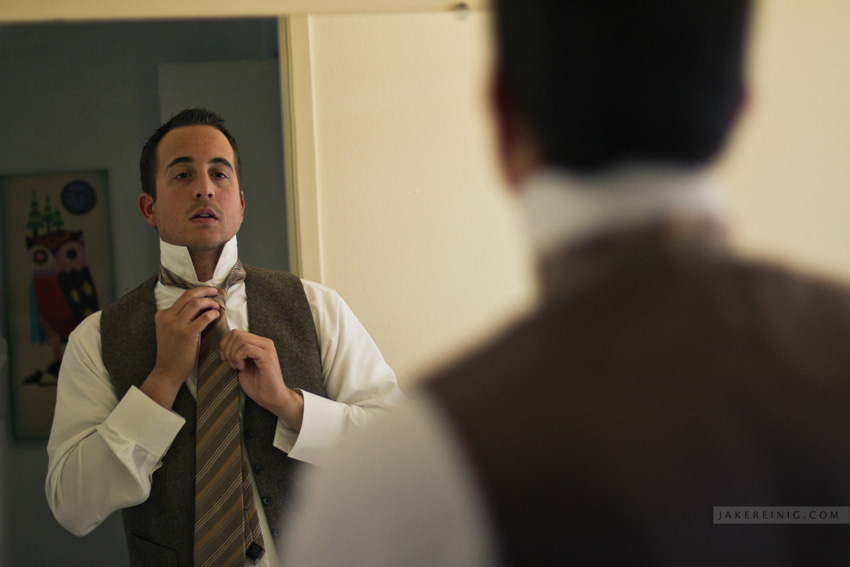 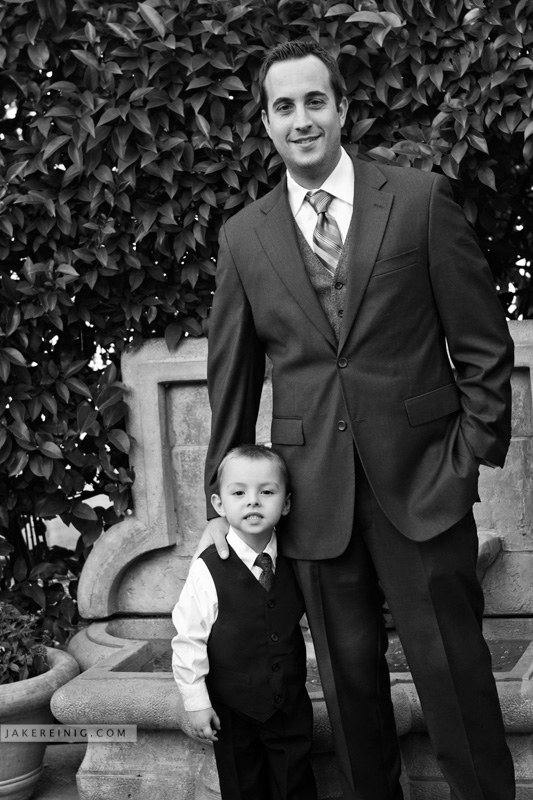 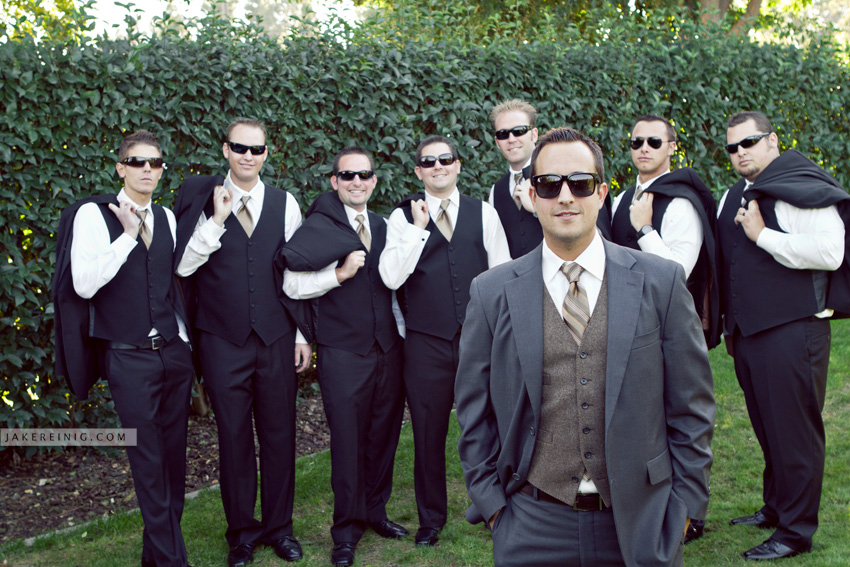 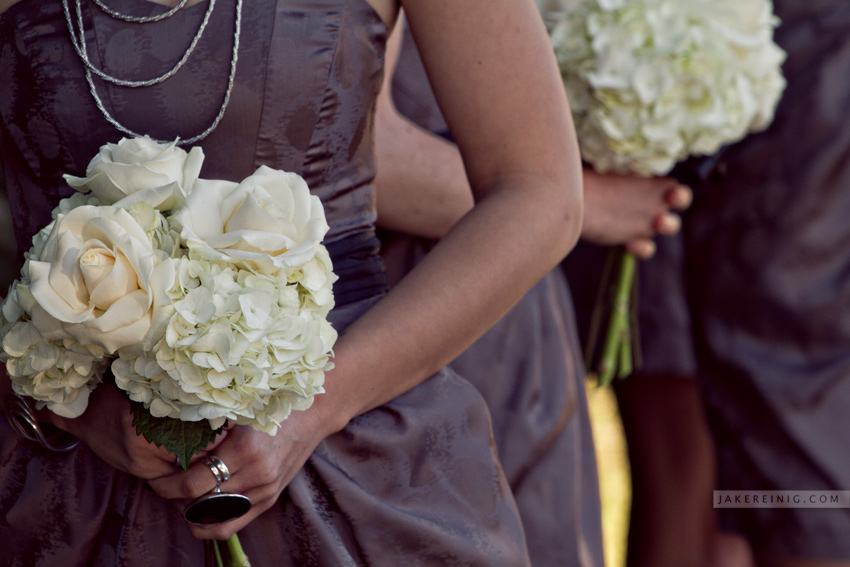 Laurie was overcome with emotion as she waited to head down the aisle. I waited for my moment: she wiped away the tears, took a deep breath, and smiled as she started her walk. *Click* 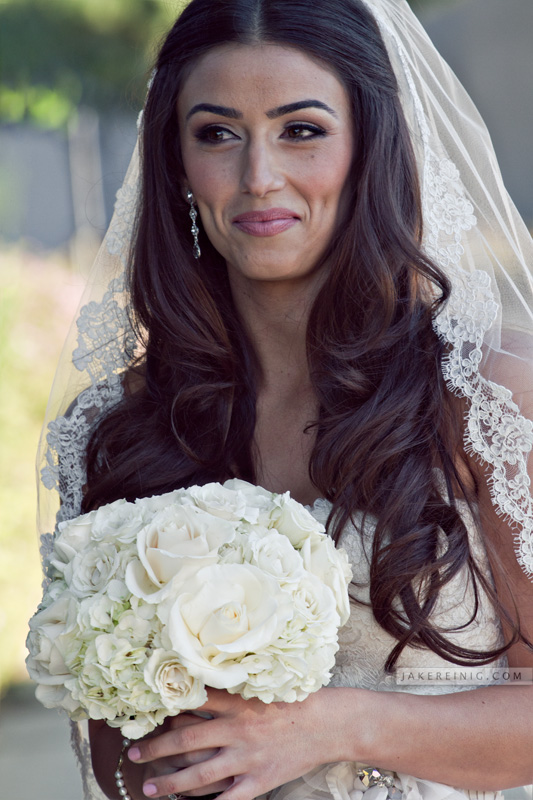 The other photographer hustled during the reception while I ate and enjoyed myself. I picked up the camera after he left and shot a little here and there, but don’t have much to show off.

About half-way through the reception we had the DJ cue up Thriller, and then a group of us marched in with glow sticks for some reason. They were a big hit and got the party really started. I don’t think I’ve ever danced this much, certainly not whilst so sober. 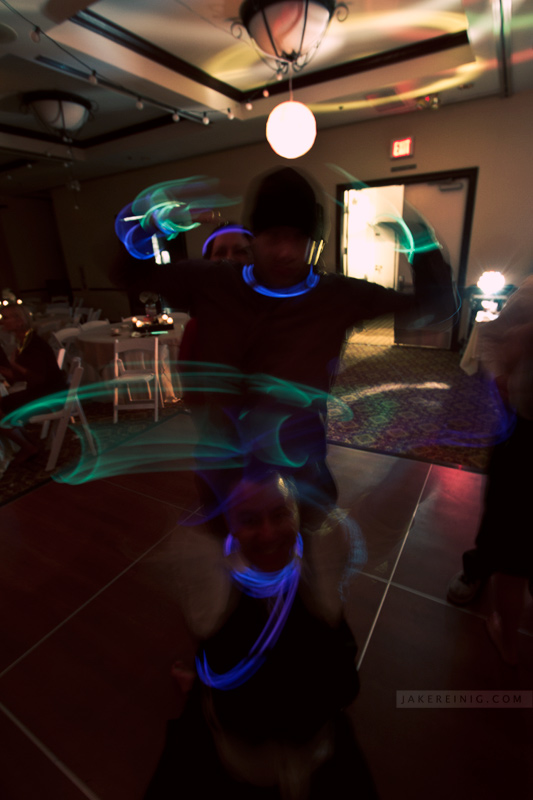 And last but not least: My brother, sister, and various cousins made this amazing cut out. I heart this family. Here, some of the ladies get ready for a group shot. Sadly, none of them tried to get into the gorilla cut out. :) 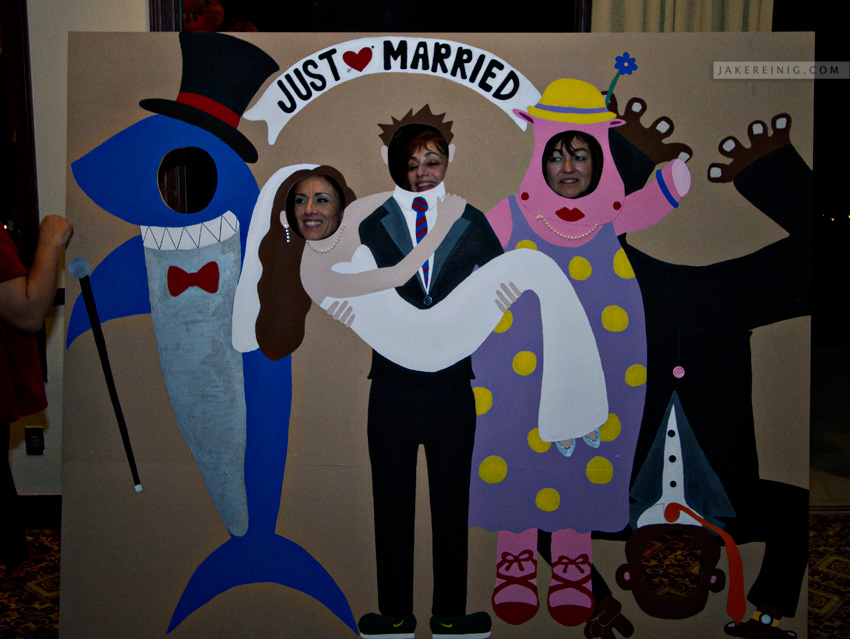