I had the good luck to photograph Danger and his new sister Abby in my studio this past Friday night. Since I gave Declan such a cool crime fighting nickname, I feel like Abby should have one too. “Action” is the first thing that comes to mind, but we’ll have to see how she turns out. At 4 months old she can barely hold her head up, let alone battle evildoers in dark alleys, so we’ll see.

Declan was in a mood all night (he seems to manufacture his own supply of raw sugar) so we didn’t get a ton of usable photos, but the ones we did get were pretty great. Action Abby, though ready for bed, was adorable in her tiger costume.

At the end of the night I walked the family out and asked Declan what the name of the bright round object in the sky was. He excitedly pointed and said “a moon,” which is technically correct. However, I took the opportunity to explain the difference between definite and indefinite articles and that we usually say “the moon,” but he didn’t seem to care.  I guess two-year-olds aren’t big on grammar. 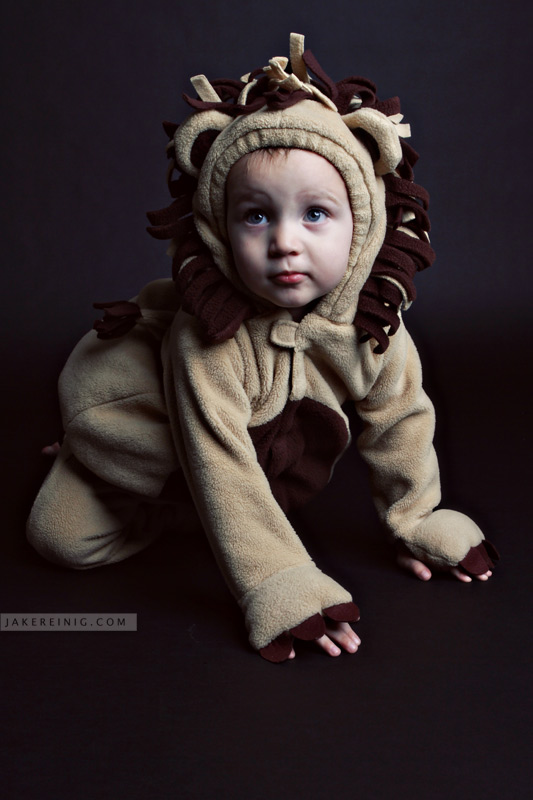 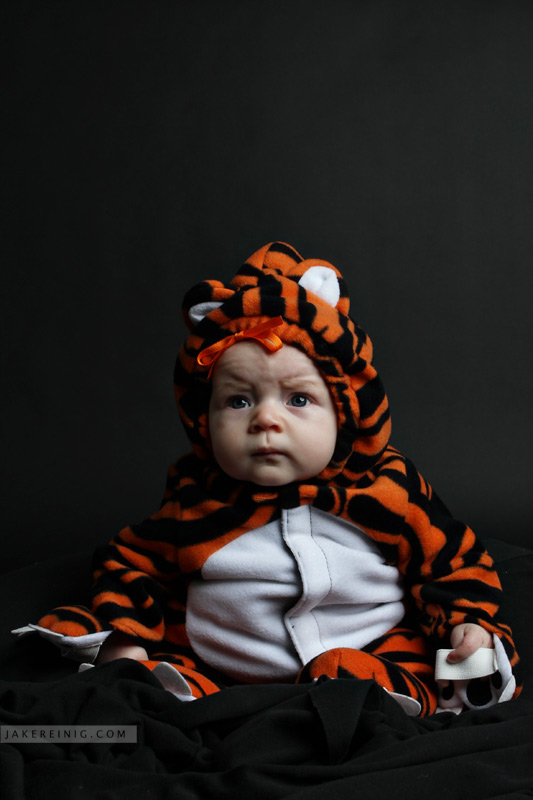 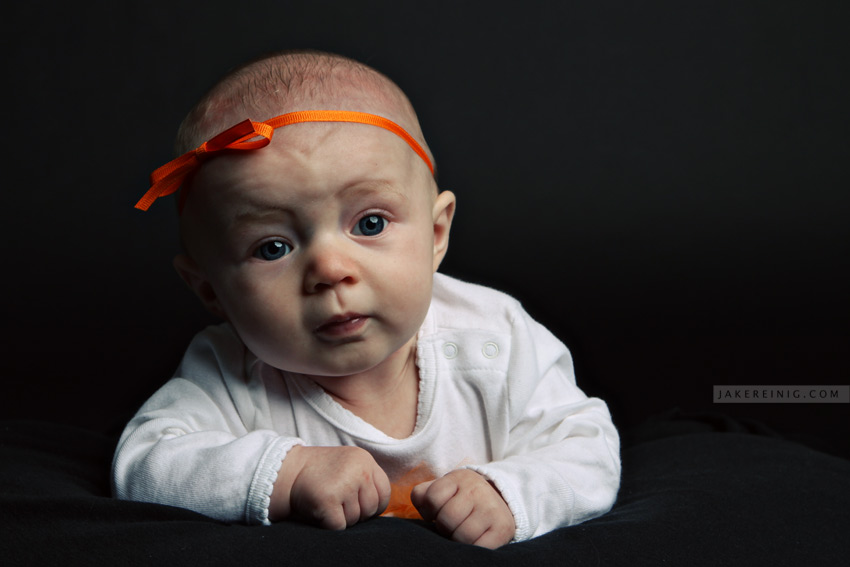 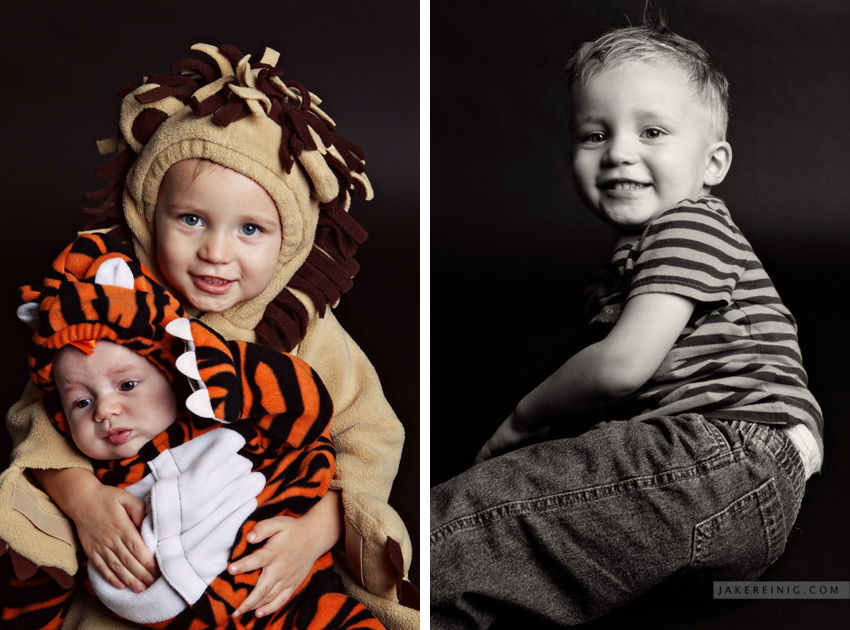 I met the family again today for a few family photos at Tanaka Farms in Irvine before doing couple photos of Sandra and Colin. Also there was Declan’s girlfriend and her family. I had heard about Declan and Abigail (the gf), but had not seen them in action. It was a-may-zing. Abigail and Declan gave each other a big hug when they met, and then Declan says “Abby, look at my shoes” (which had become really muddy). Abigail looks down, and in her best concerned voice proclaims “Ohhhhh nooooooo.” It was awesome. 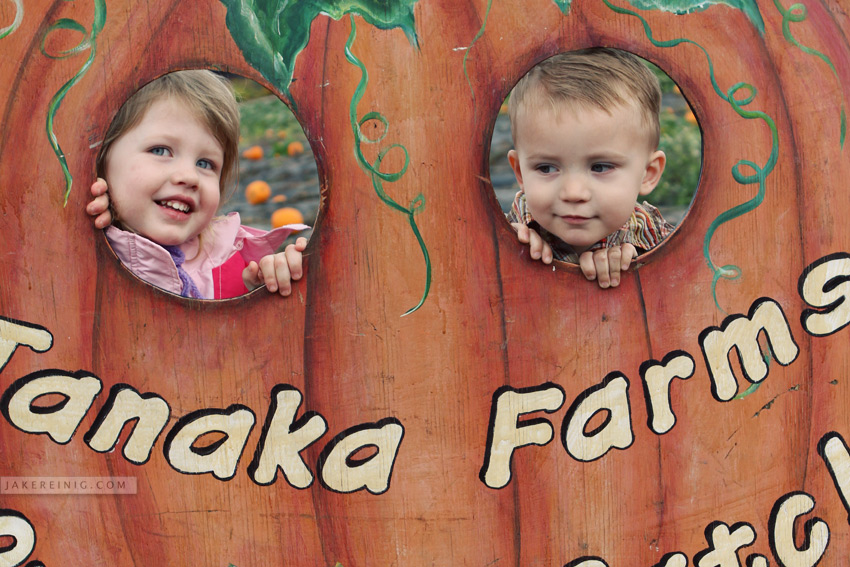 Here’s a self-portrait of me in Abby’s stormy eyes. 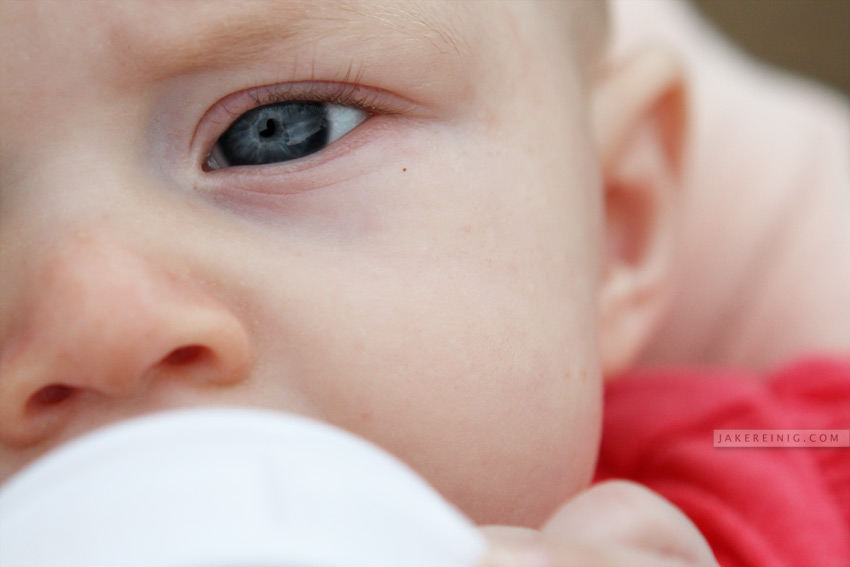 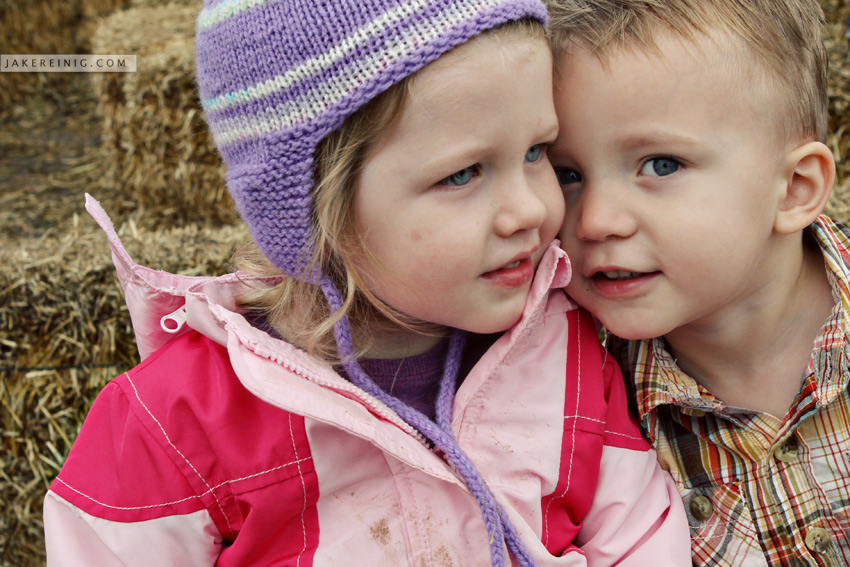