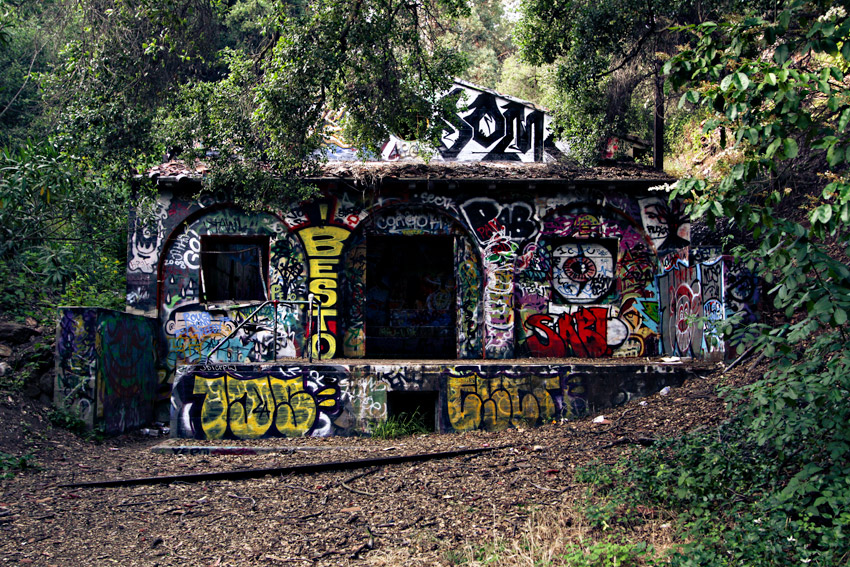 Whilst reading Reddit recently, I came across an article on Murphy’s Ranch. Built by Nazi sympathizers in the 1930s, this compound in LA’s Rustic Canyon was designed to protect its inhabitants during the eventual fall of America at the hands of Germany.  Later used as an artists’ colony, the property was abandoned in the ’60s and suffered significant fire damage in the ’70s.  The wooden structures are mostly gone, but significant stone and metal ruins remain over a wide area.

My brother, cousin, and I set off on a fire road from our car with instructions to go down a huge set of stone stairs, but took a turn too early and ended up south of the compound. Although this made the trip significantly more difficult, it was more than worth the detour. A single track trail winds along hills, streams, and through overgrown glens before delivering us to the hidden edges of the village.  Continuing through the forest we come across various structures that most visitors probably never see. Eventually we arrived at the main driveway and the larger structures, now well covered in graffiti. Continuing a little further, one finds a large collapsed structure, and beyond that, an old barn.

If you’re ever up there, the trip down the driveway is an easy walk, although its a decent elevation loss and gain. For the more adventurous, wear pants or long socks and take the wooden stairs for a rare Los Angeles adventure. 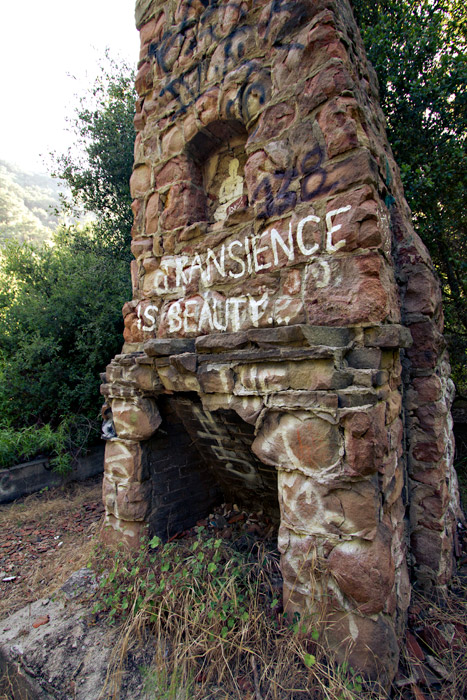 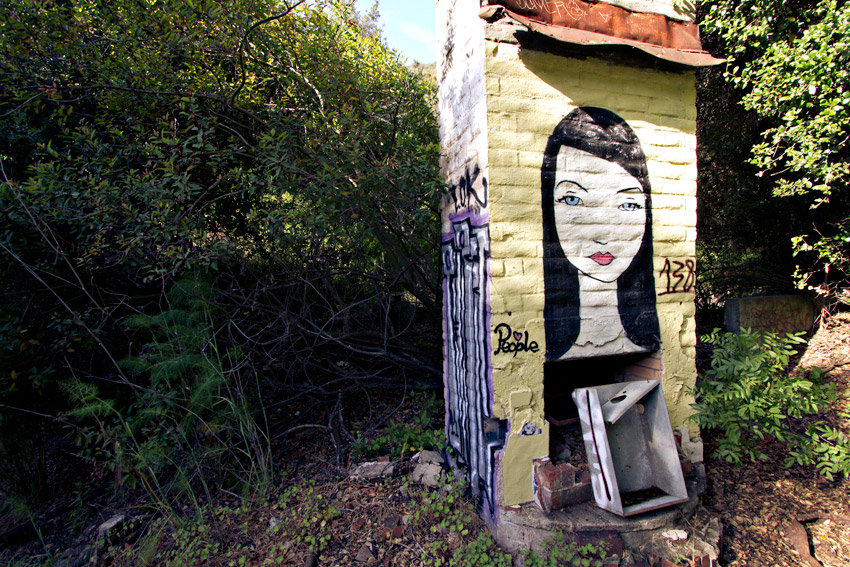 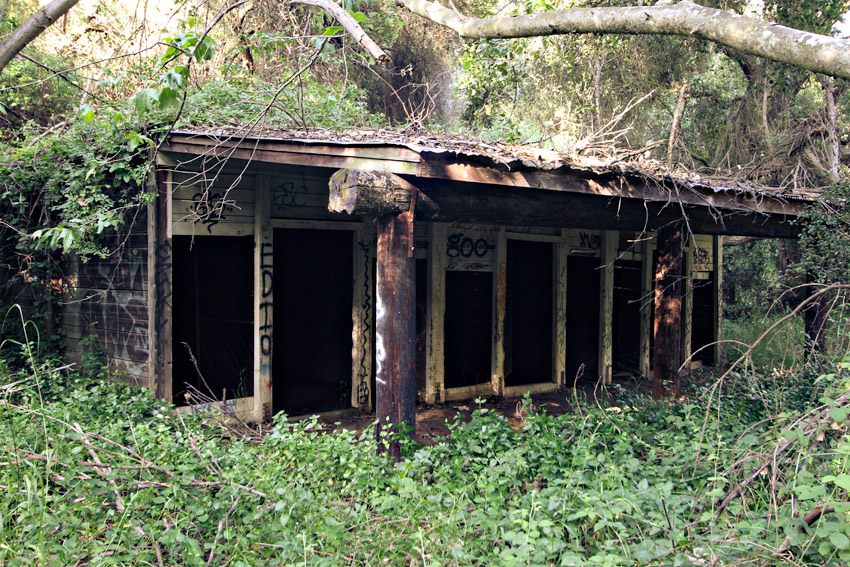 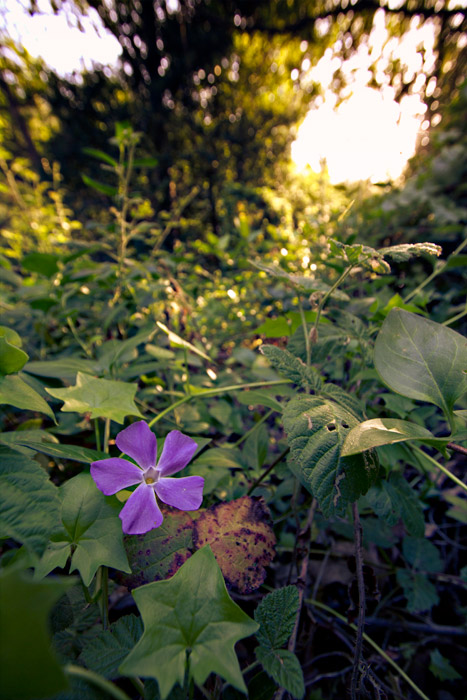 Jonathan, exploring the inside of a large metal structure. 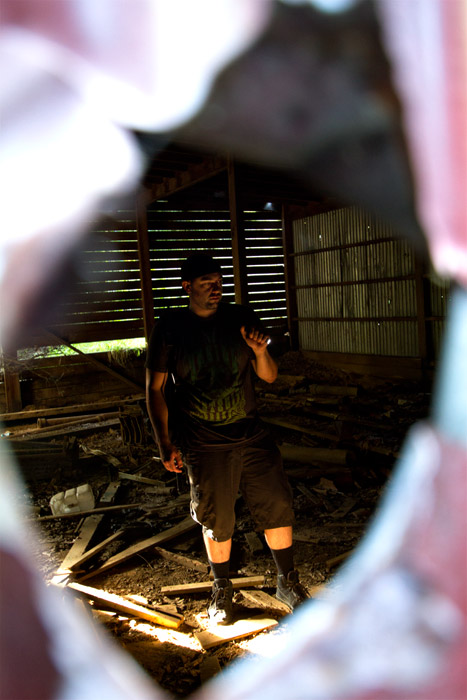 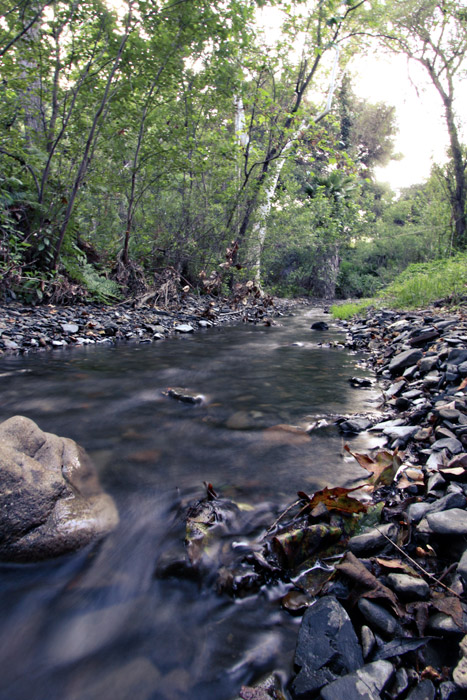 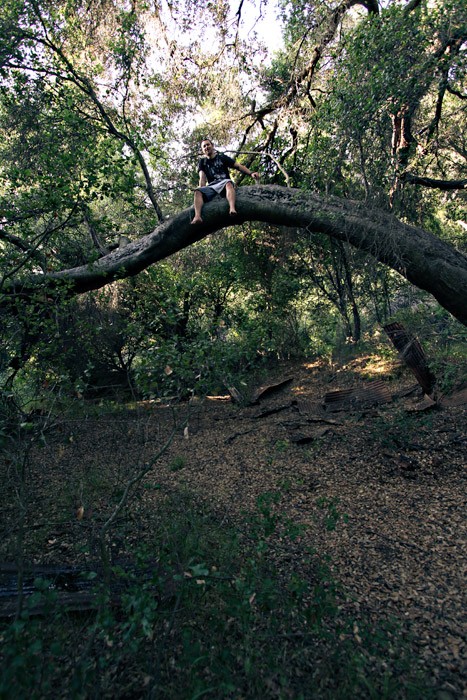 I went to look through one of the windows and almost put my whole face right into an enormous spider web. Fortunately, it was occupied by a tiny spider, so had I made this folly my nightmares would have been slightly less horrific. 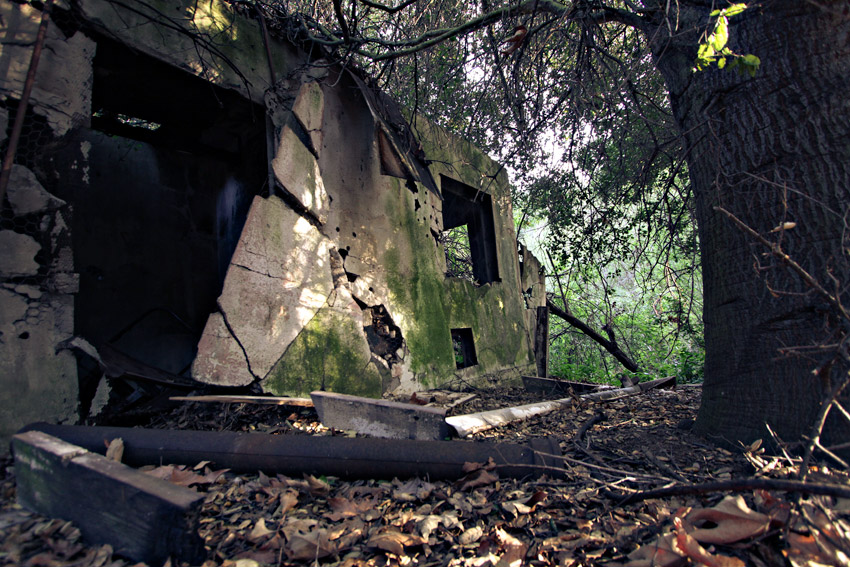 The back side of the power station, just below one of the large cisterns. 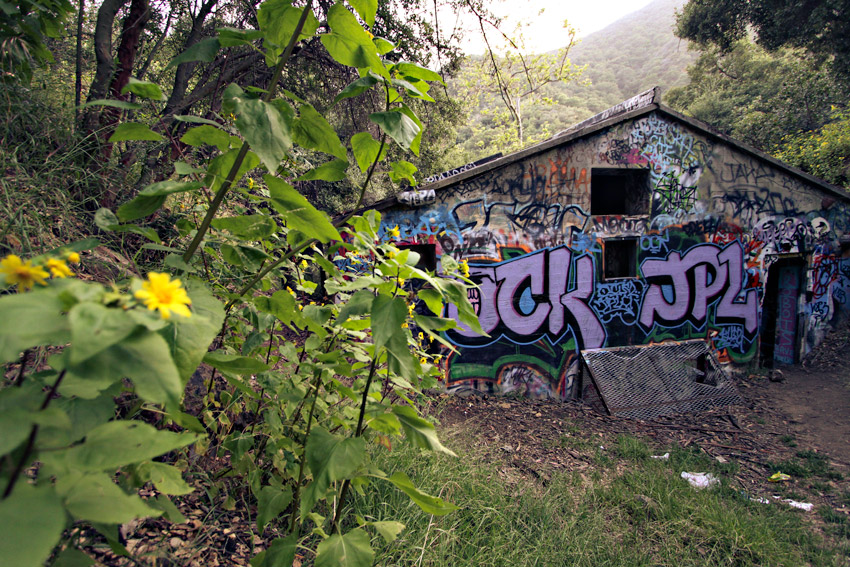 This cistern was maybe several stories high and mysteriously, was violently bent inwards. I attempted to climb it but stopped when it became an inverted climb. 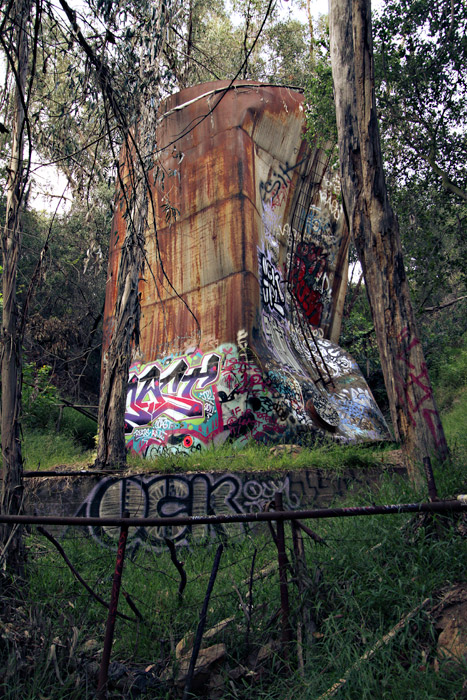 Me on my way up before retreating in shame. Photo by Jonathan. 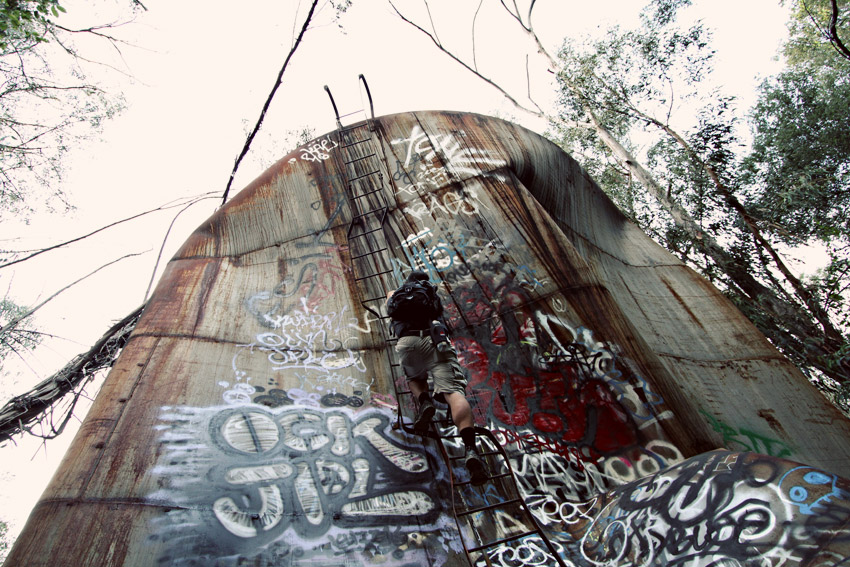 North of the power station was a large steel structure that had been badly damaged. Just beyond it grew what looked like wild orchids. Throughout the compound we found a number of plants likely brought in by past inhabitants. On our way out I spotted a lonely bird of paradise nestled amongst an ocean of very different neighbors. 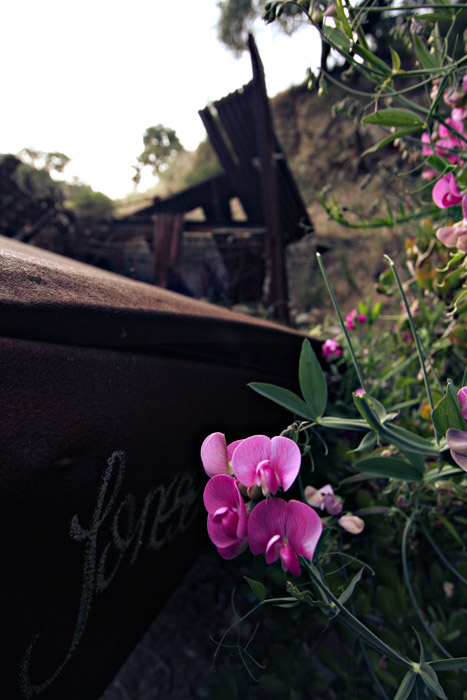 A book I just made up says that this machine was used to extract Fraggles from the ground below. 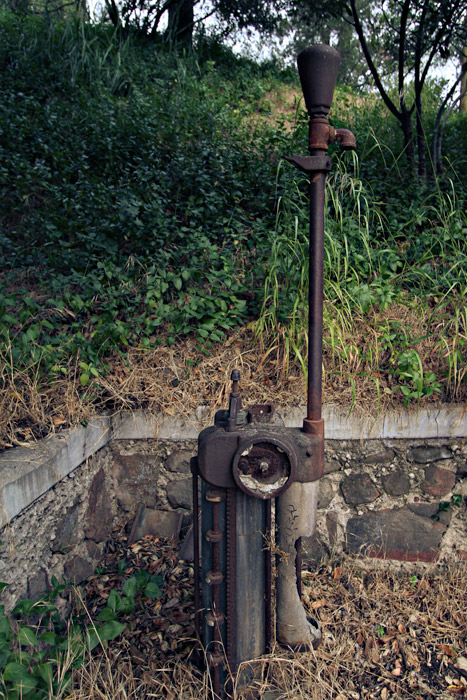 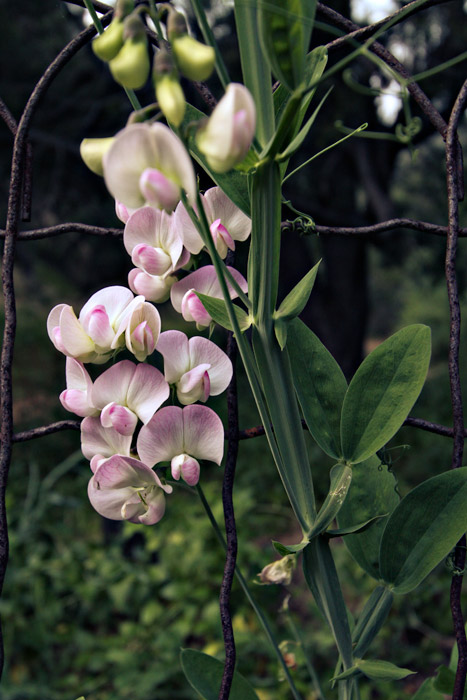 Finally, the interior of the power station, complete with fresh paint. The holes in the ground were full of what looked like decades of spray paint cans. 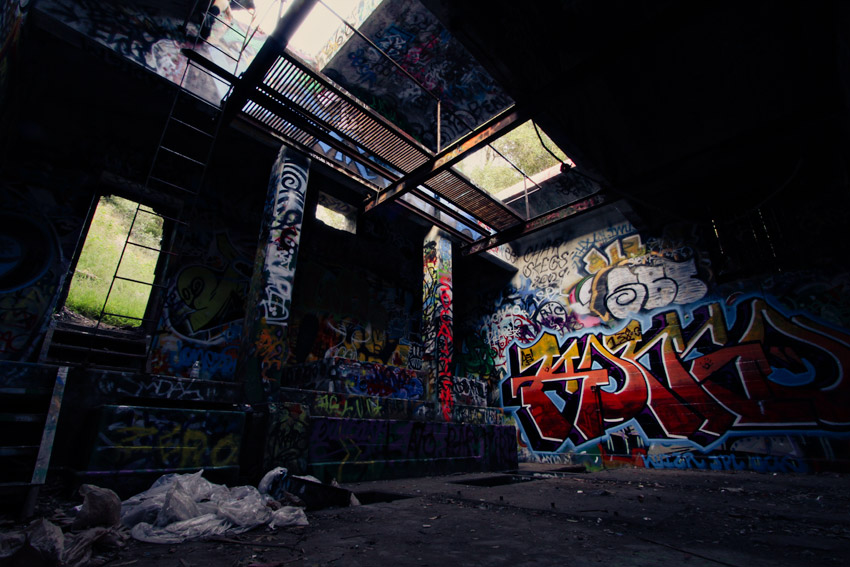