This past weekend I hosted my family at the beach house (thanks FTS!).  Since my family is awesome and full of crazy people, and since the beach is open until midnight there, we decided to take my shiny new direct-from-KickStarter Pixelstick for a spin. 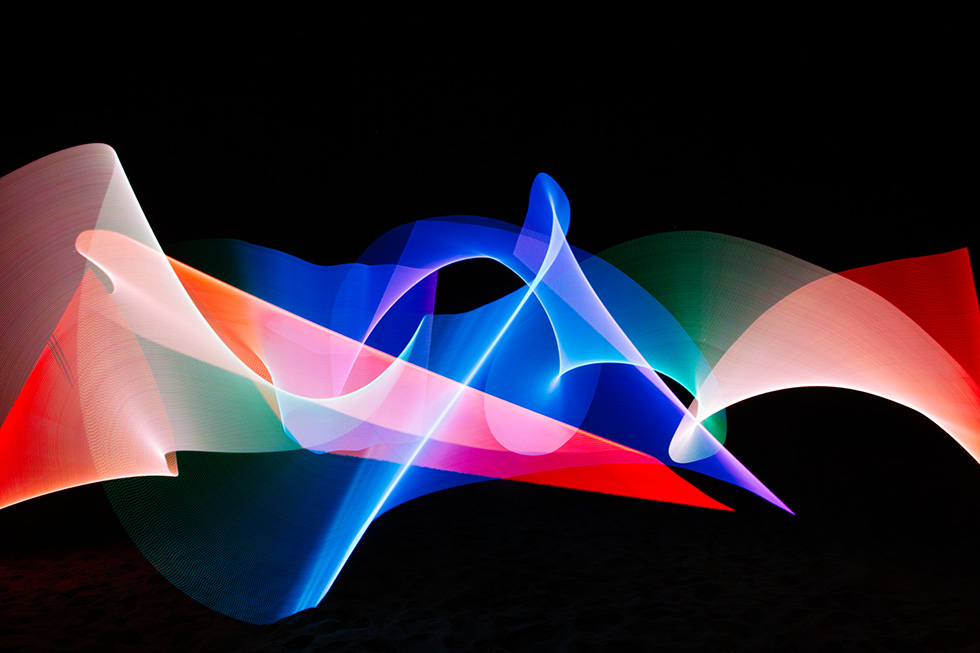 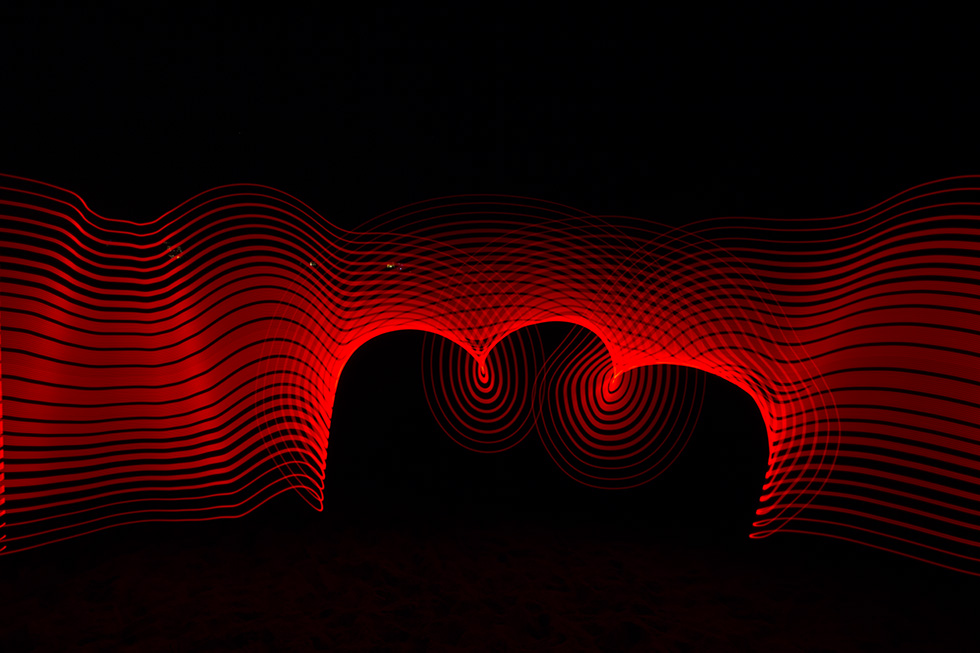 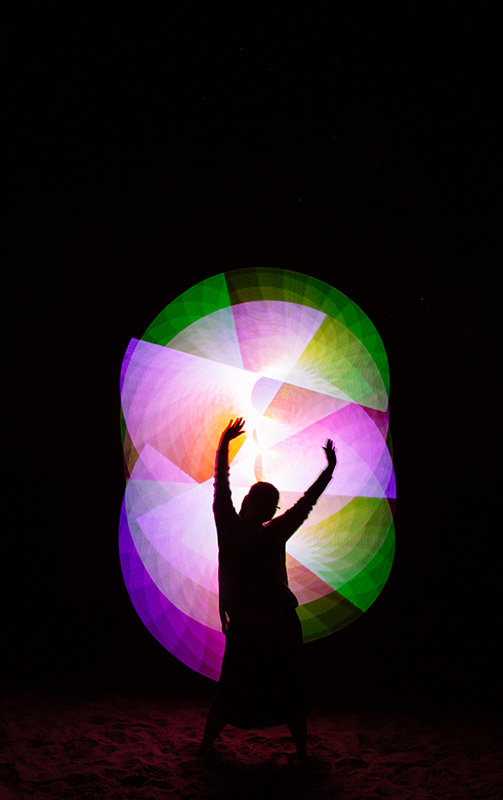 In case you were too lazy to read the website I linked to above, Pixelstick is a modern take on the classic photographic technique of light painting. Basically, you keep your camera’s shutter open for a while and it will capture a light source as though it were floating, electric paint.  Pixelstick has 200 LED bulbs in a strip about 6-feet tall, and as it moves it blinks different patterns. These blinking lights and gradients get turned into interesting patterns, like so: 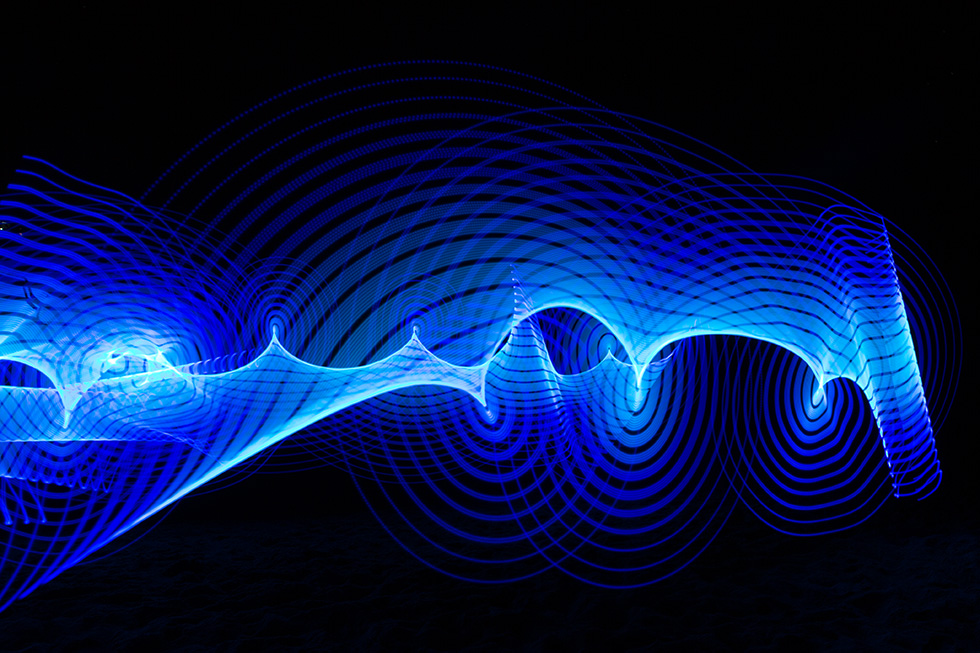 And sometimes the LEDs blink out a row of chalupas, as seen here behind my cousin doing mountain pose (IIRC). 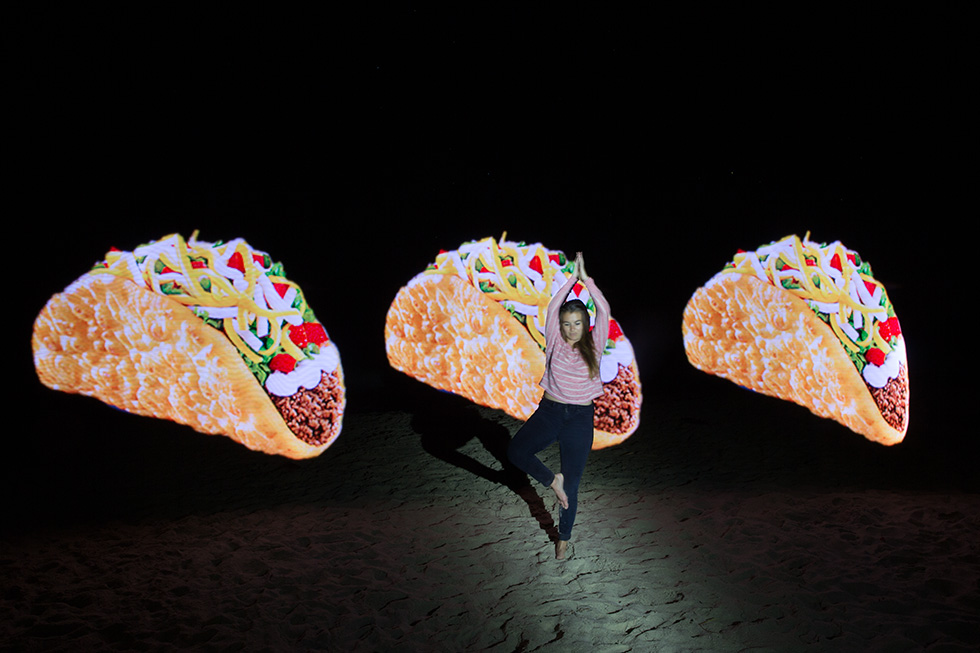 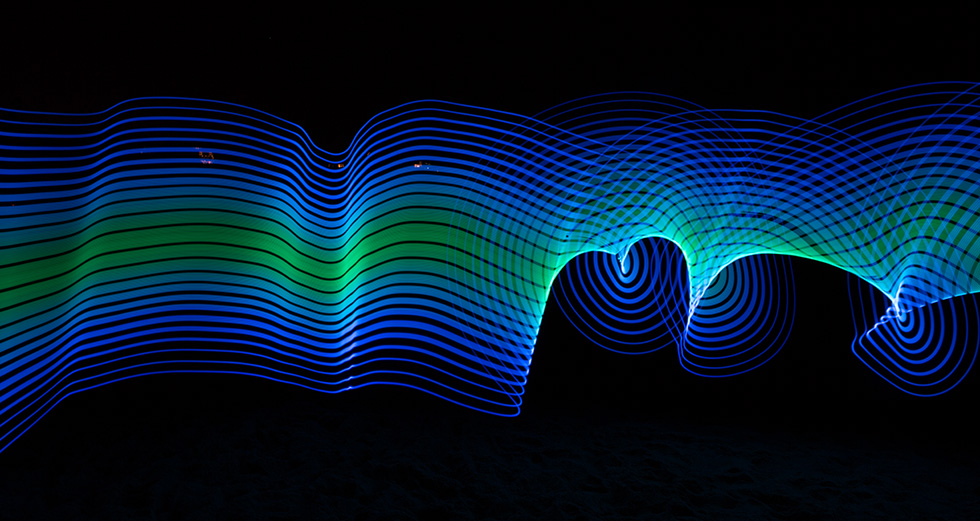 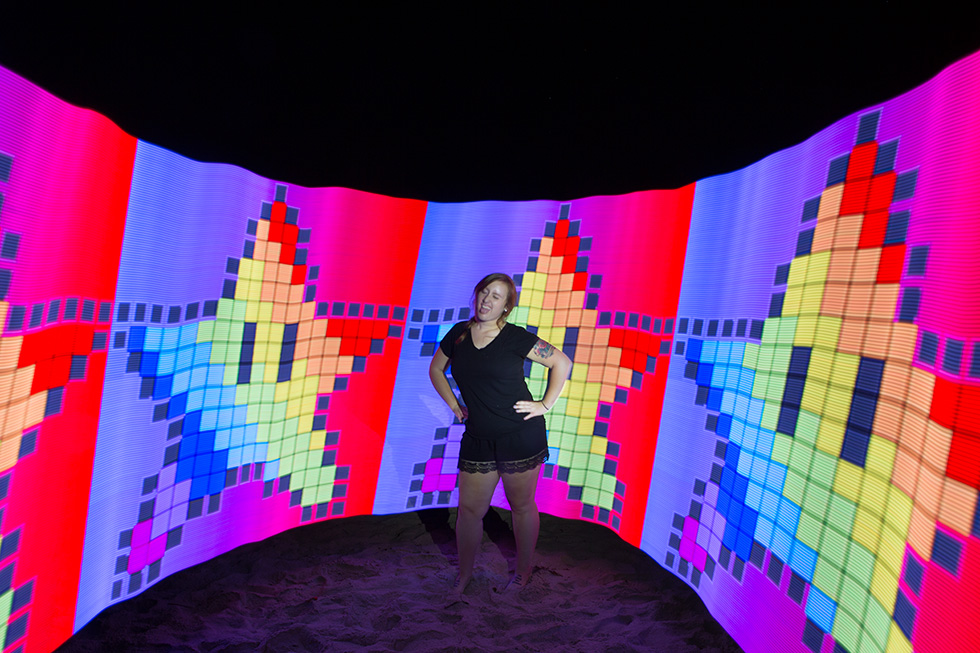 My cousin Lauren has the best stories of anyone in the world. I could listen to them all day. A number of them involve “burrito shops” or “burrito stores,” so I thought burritos would be fitting for her. 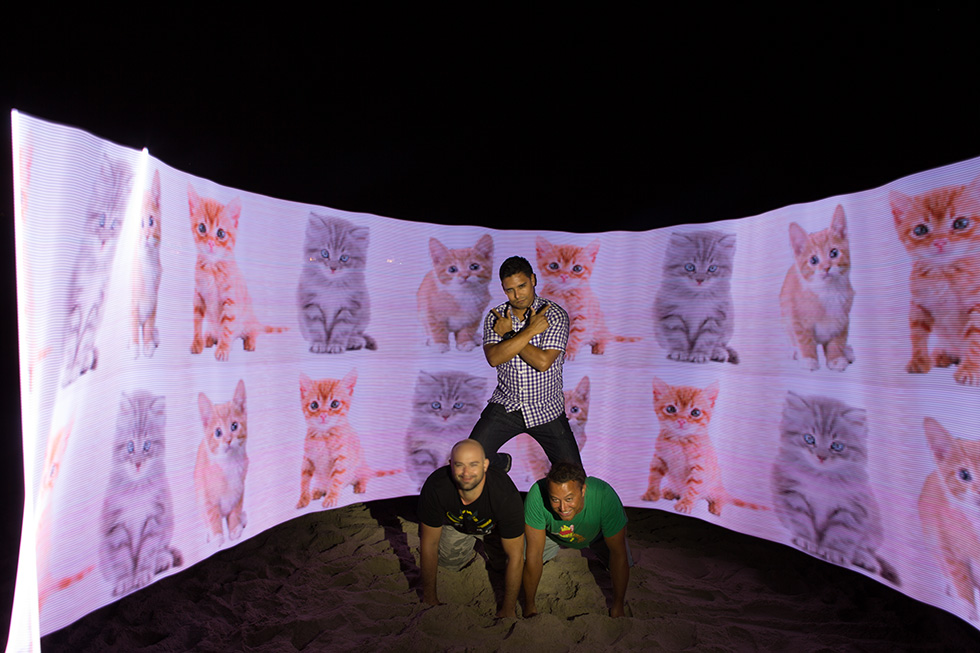 Making simple images is trivial, and to be honest, kinda boring after a while. Once we started getting better with the device we worked on more interesting concepts. This one was made by lighting Kayla first with an all-red light and then running around her position with a red ribbon pattern. 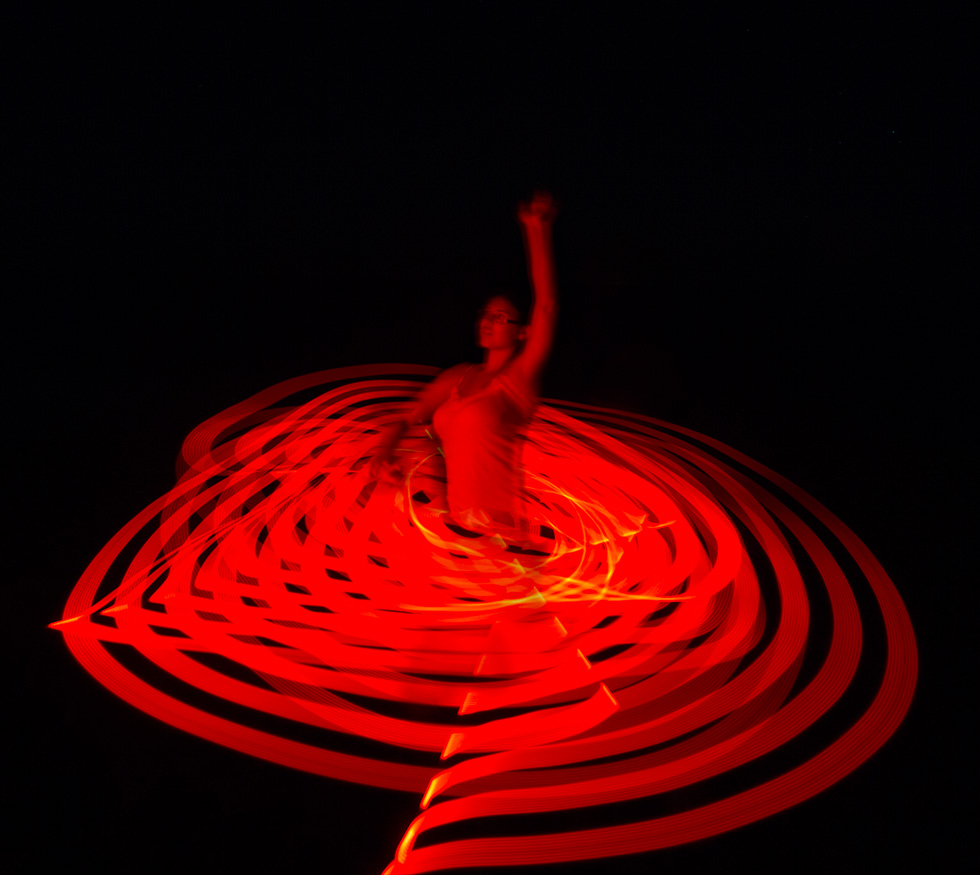 This one was a 30-second exposure using a similar technique: for 15 seconds or so I ran around with a red ribbon image, and for the second 15 seconds I turned on a blue image.  I’m pretty excited about what I’ll be able to do in the future as I figure this thing out further. Anyone want to play with me? 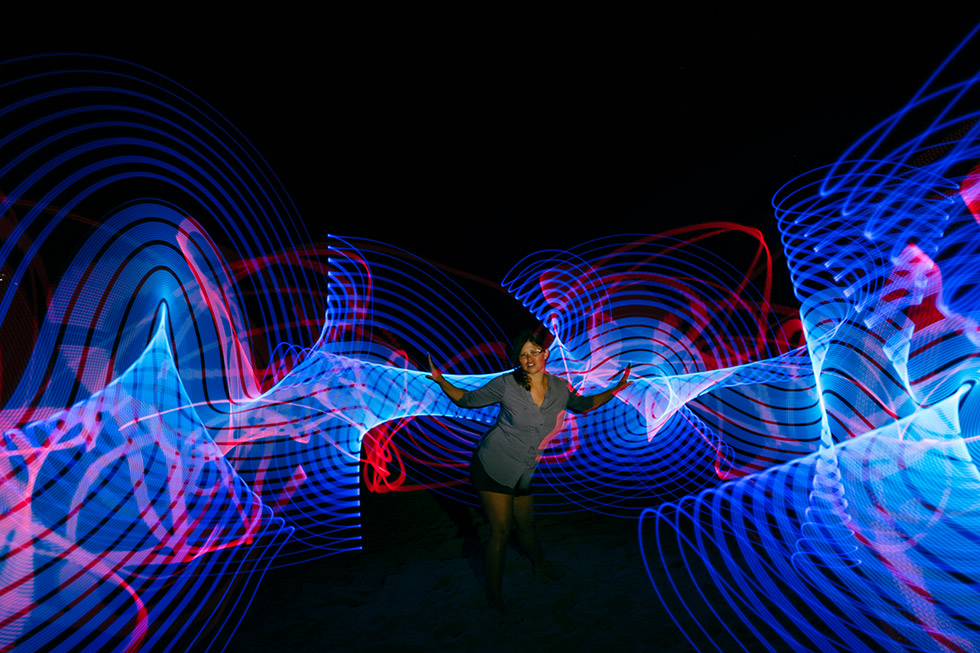 I’ll wrap up with a very rare image of the Milky Way taken from Orange County. This stretch of coast line has very few houses and is far enough away from Laguna Beach and Dana point such that the sky is just dark enough for a Milky Way shot.  Not my best ever, but it was cool to see it here for the first time in my life over OC. In the foreground is whale rock. 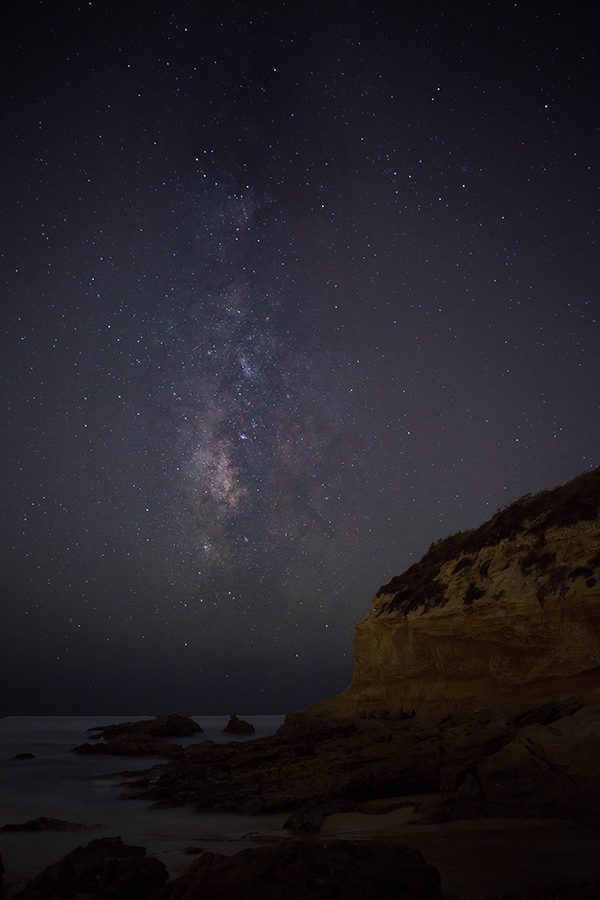 Viewing a single post? Don’t forget to check out the rest of my website or my prints gallery.