By Jake Reinig on September 19, 2010 in Animals, Flowers, Photos

After my first trip to the Los Angeles County Arboretum, a friend asked me to take her. We drove up on a beautiful California afternoon during a brief window of free time I had. This time, rather than just stealing my sunglasses, the peacocks actively tried to kill me. Everywhere I turned there was a peacock lurking in the bushes, digging holes to hide lower in the grass (presumably to launch a sneak attack), and climbing trees, ready to lunge. In the end, we survived, but only barely.

Ok, so maybe they weren’t trying to kill me, but those things were true. The peacocks had the uncanny ability to be everywhere, and they really were in the trees, on buildings, digging holes in the grass, and so on. Next time I go I’m going to bring peacock food so that I can corral them in one place, you know, just in case. 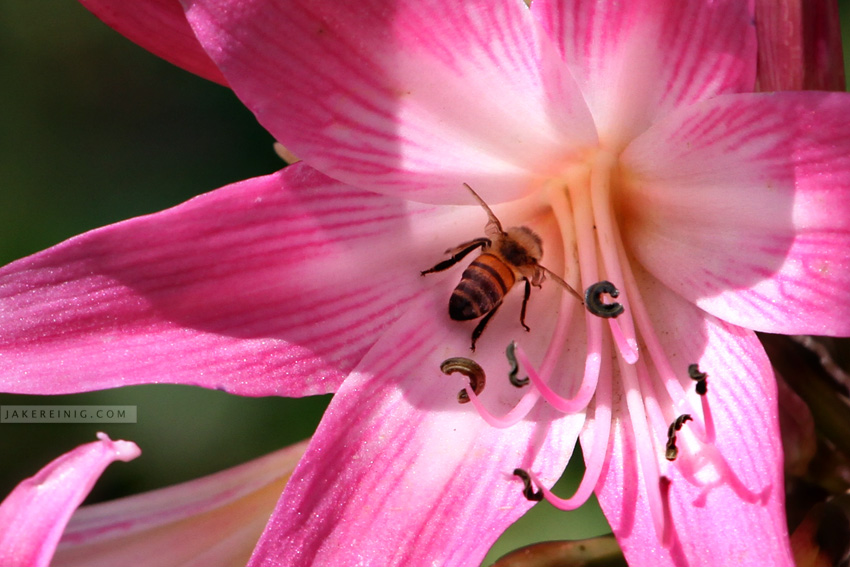 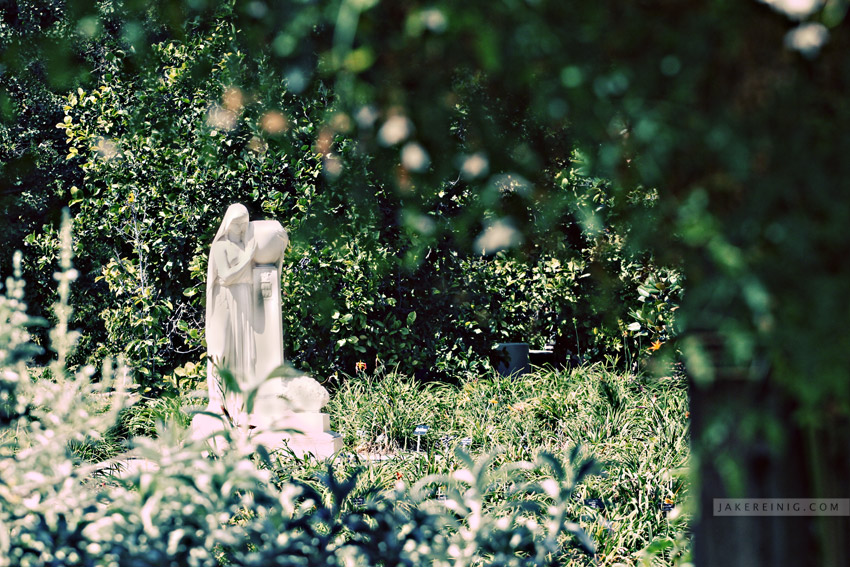 While taking photos of the Queen Anne cottage, we paused to enjoy the curious turtles heading in our direction. We also noticed a bird diving repeatedly for something. After about 3 minutes of this, it surfaced with this catfish in its mouth. 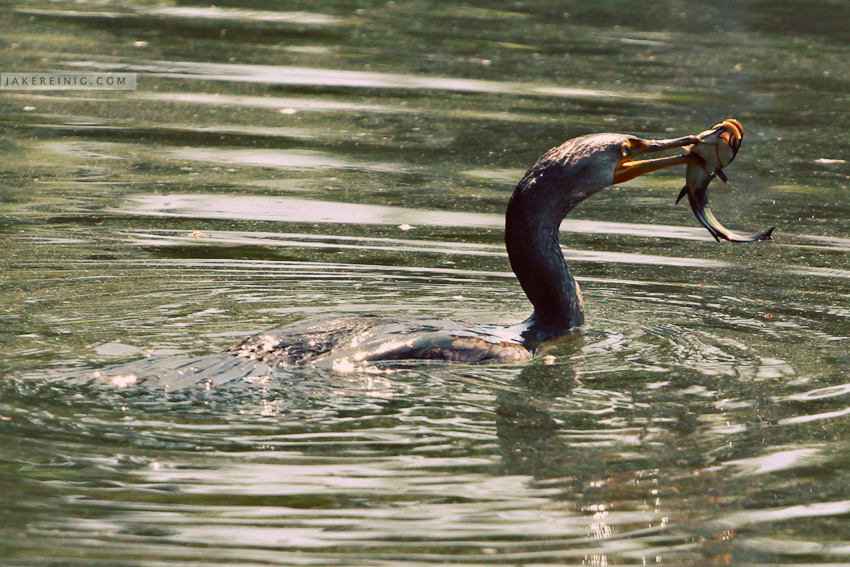 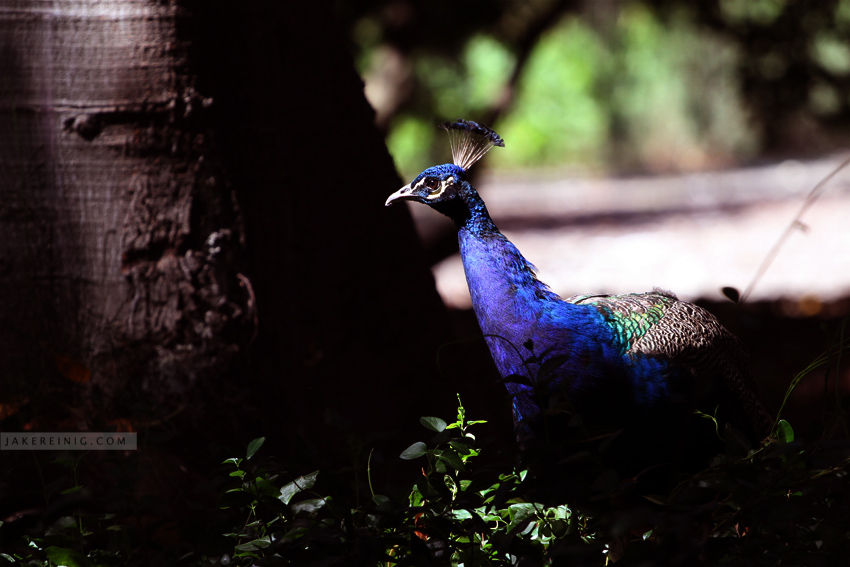 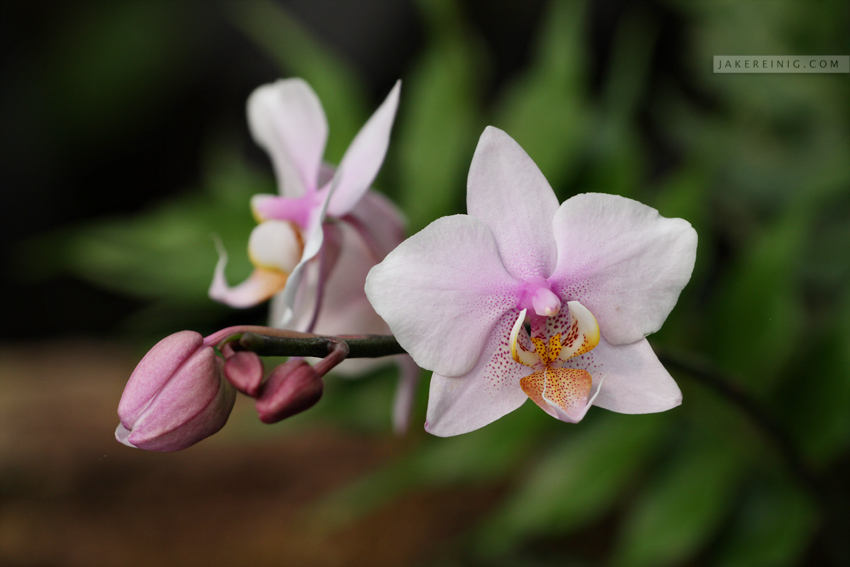 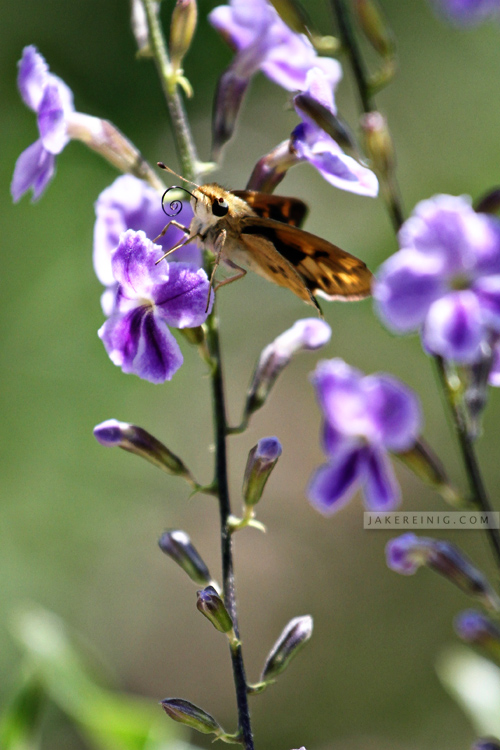 Ants, walking on the very edge of a carnivorous plant; a small gust of wind and they would be lunch. 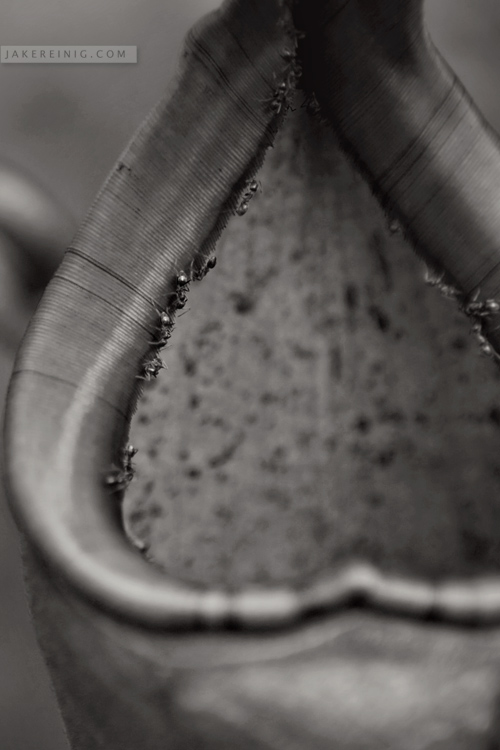 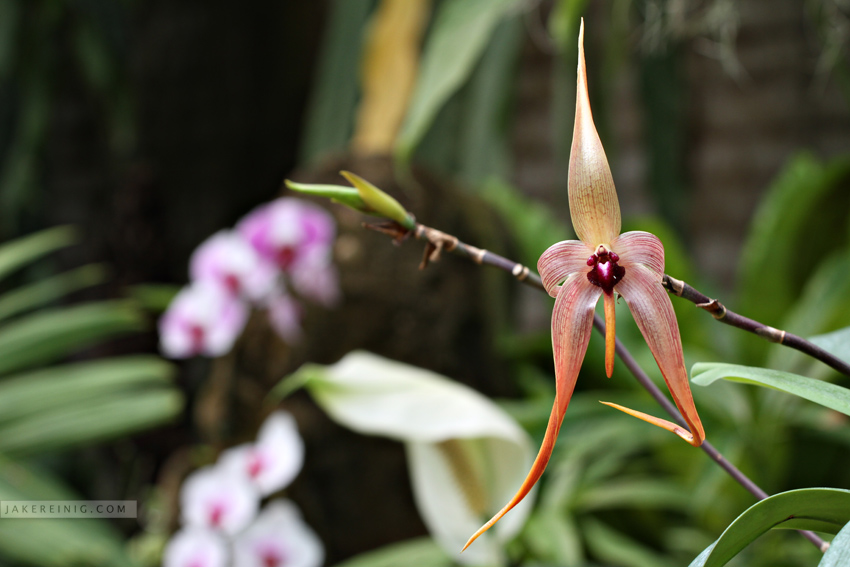 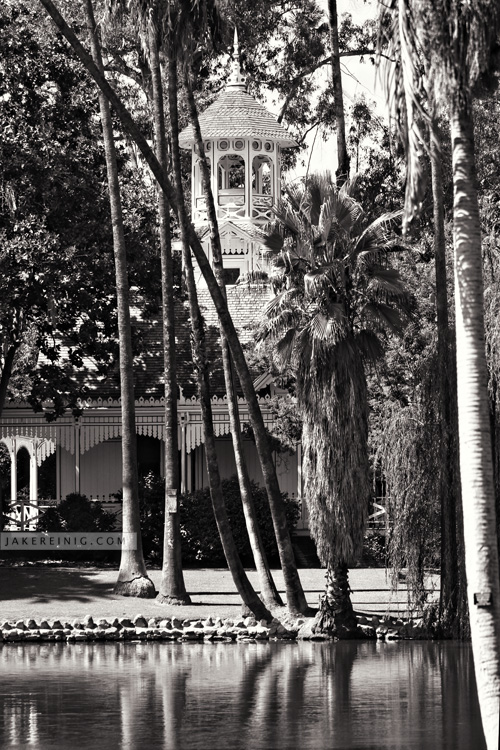 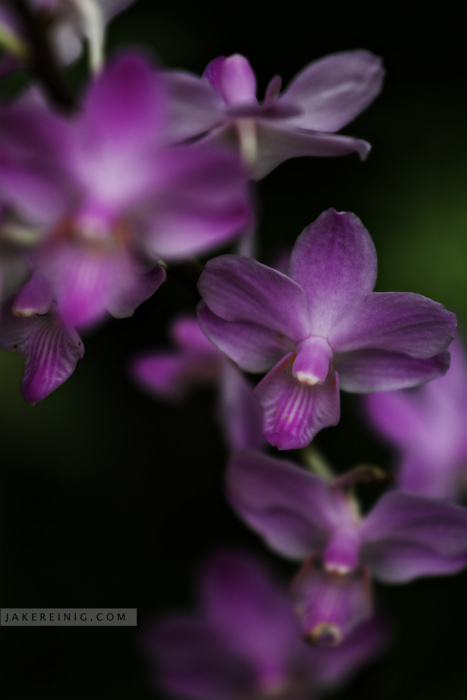 Another, wider take on the beautiful waterfall.